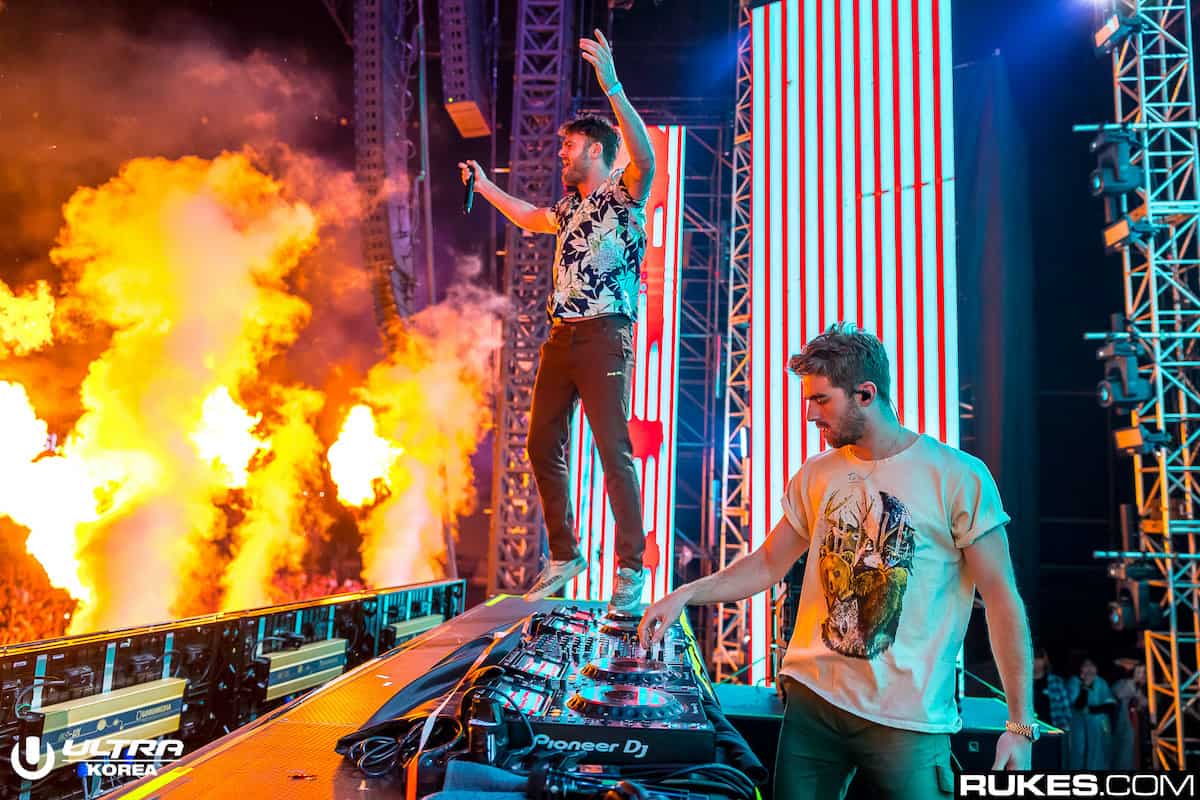 The Chainsmokers unite with Ship Wrek on ‘The Fall’

The Chainsmokers and Ship Wrek have released their massively hyped up single, ‘The Fall.’ Both groups have been teasing the track on their socials in recent weeks and the single has now been released as part of The Chainsmokers latest album, ‘So Far So Good.’

The newest addition to The Chainsmokers’ brand-new album alongside Ship Wrek opens with vocal sample, slightly modified and chopped up to introduce the track before Drew Taggart comes in with the opening lines, “We do the same drugs, turn up the sounds,” an opening that seems to fit perfectly with the vibe and lyrical content featured on the rest of ‘So Far So Good.’ Over an infectious piano melody and stadium ready claps, the chorus comes, tailor-made to have listens singing before they even hit the first drop:

These huge choruses are what have made The Chainsmokers the musical juggernauts they are today, and they do not disappoint on ‘The Fall’. The drop opens with the same vocal sample from the intro, but this time, with the song built through the chorus, an added bass line below turns the energy up to 10 before bringing in the full complement of percussion, to complete the full effect of the section.

The second verse continues on in similar style to the first, just with a larger set of percussion under the chorus. The second drop is where things get interesting and the production work of Ship Wrek take over a bit to provide a new feel for the second drop. That vocal sample which plays a large role here is further distorted, walking up and down the scale and reaching higher octaves and giving this section a welcome shift in energy before the song fades out amidst a lightly acoustic guitar and percussion.

Looking at the album via Apple Music reveals that their are two more tracks yet to be released from the album cycle, so enjoy ‘The Fall’ and the rest of the album, and hopefully the world will have more music from the duo very soon.