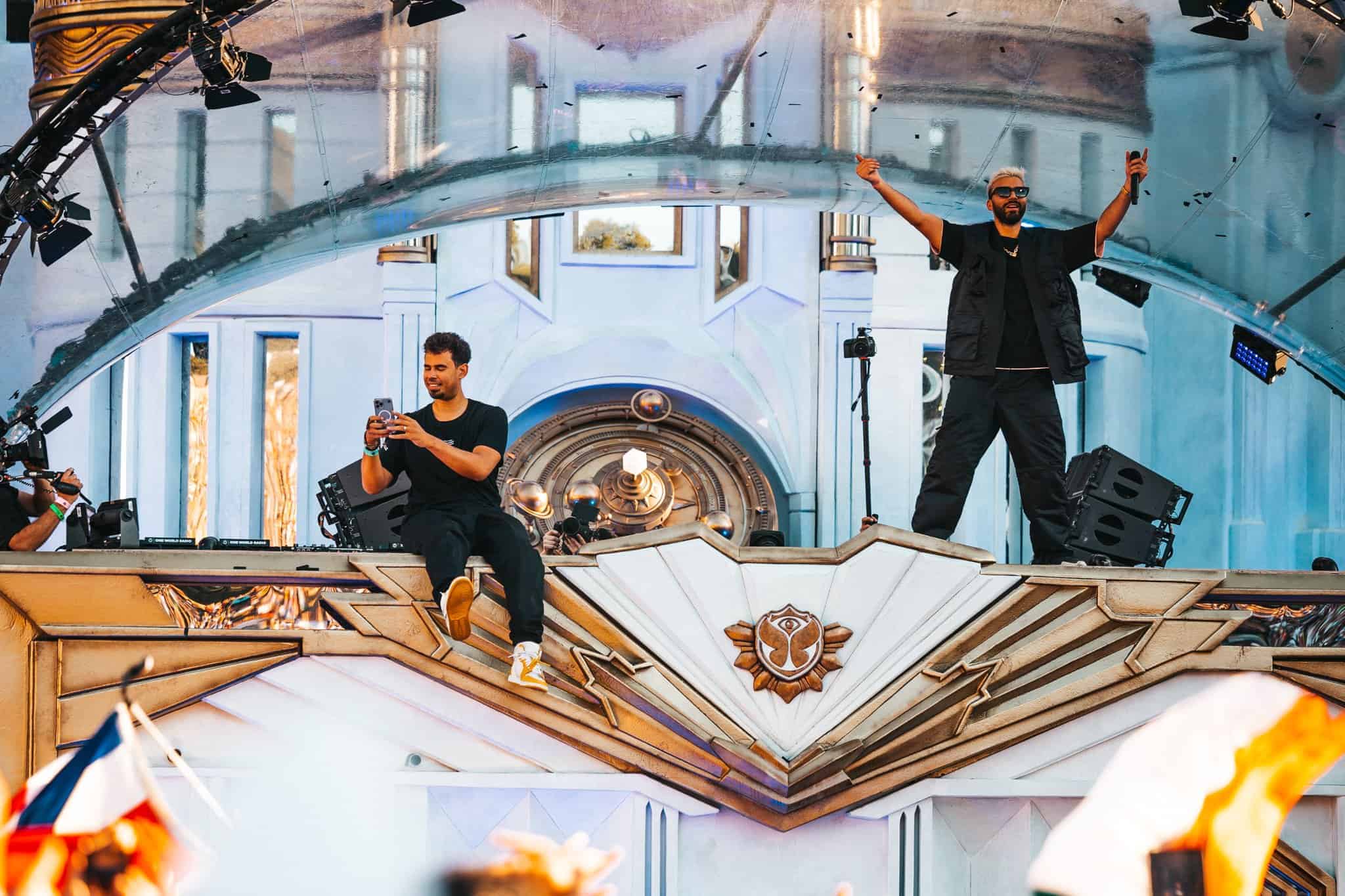 Afrojack and R3hab took to the Mainstage Friday night at Tomorrowland for a massive b2b set.  The two producers have a long history of collaboration and sharing the stage, and they celebrated this energy once again in Belgium.

To celebrate the set, Afrojack and R3hab teamed up for their first collaboration in over a decade, the main stage ready anthem of Tomorrowland 2022, Worlds On Fire, featuring vocals from Au/Ru.  It was only fitting that the two chose this track to open their set, celebrating both the return of the festival as well as the their work in the studio in one epic moment.  From there, the two DJ’s took the crowd through a massive musical journey, playing both their own singles and ID’s as well as a tracks from all their peers.  For dance music fans, the set offered something for everyone, seamlessly jumping through genre’s and taking listeners back in time to revisit classic anthems such as Calvin Harris’ How Deep Is Your Love or Zombie Nation’s legendary Kernkraft 400 between their own singles and new mash ups and edits for the night.

Of course, two prolific producers such as Afrojack and R3hab don’t take the stage without having one foot in the future either.  Throughout the night, the two shared at least 13 ID’s, a reminder that they are not simply going to rest on the laurels of their own past successes when playing such a massive event.  After the two year absence of Tomorrowland due to Covid-19, Afrojack and R3hab ensured that they reminded fans around the world why dance music has meant so much to so many.  Celebrating past, present and future, they totally encapsulated the energy and history that continues to make the music scene so special and bring together fans and creators from around the world.