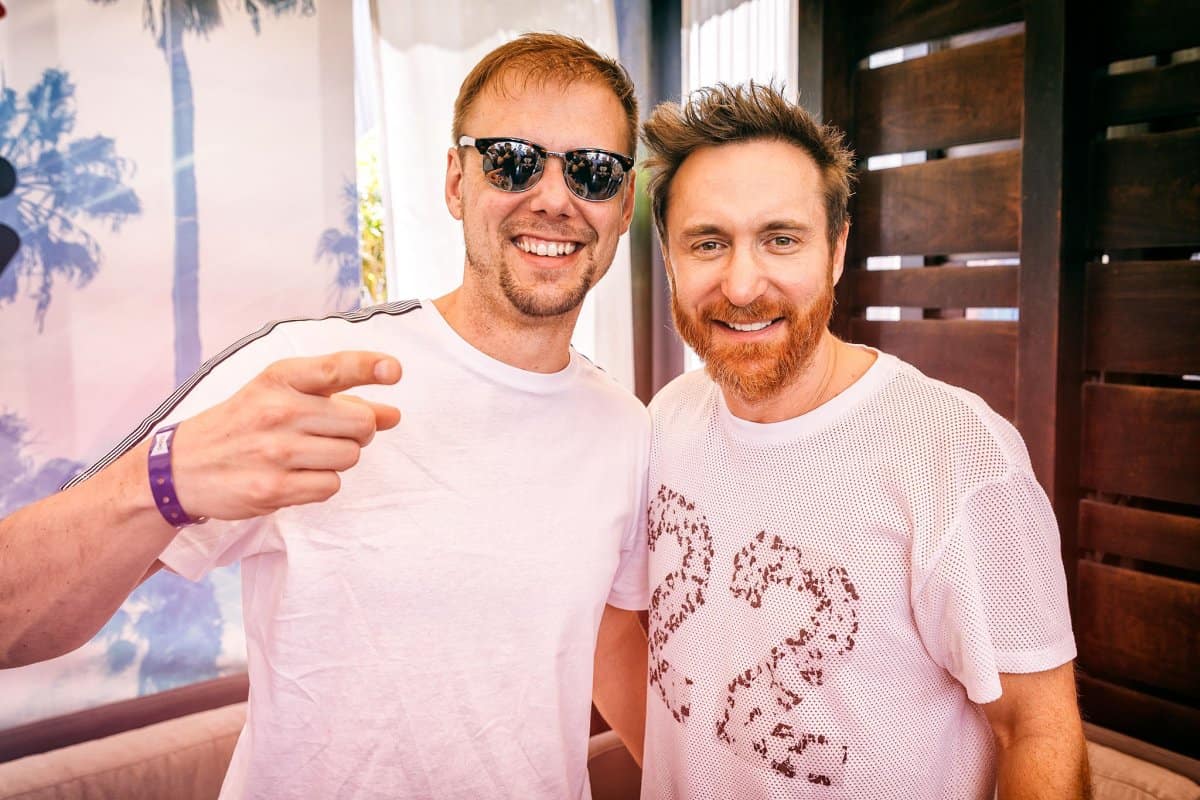 Playing both of their iconic hits as well as brand new IDs, David Guetta and Armin van Buuren performed a showstopping set together at the legendary Ushuaïa Ibiza.

The summer on the iconic island of Ibiza is well and truly underway, with copious amounts of legendary and revolutionary residences, and on July 11th David Guetta at his F*** ME I’M FAMOUS! residency, the French DJ and producer invited superstar Armin van Buuren onto the stage to join him for a magic B2B set at Ushuaïa Beach Club.

The set took place over an incredible 2 hours and featured a mixture of both performers’ iconic hits as well as mysterious IDs. From the get-go, the crowd was entertained, by being blessed with David Guetta’s own Future Rave remix of the multiple-platinum hit ‘Titanium’, before taking a deep dive into some beloved tracks from Armin van Buuren such as the club remix of the song ‘Human Touch’. Song of the summer to many ‘Love Tonight’ also made an appearance in the set, as well as plenty of Guetta’s old-school tunes the likes of ‘When Love Takes Over’, ‘Play Hard’ and ‘I Gotta Feeling’. As mentioned prior, we also got a sneak peek into future releases with many unreleased tracks receiving plays and premiers, with a total of 14 being played over the 2 hours.

I wanted to do something special for our big return to Ibiza this year so we’ve decided to have a b2b with Armin at Ushuaïa Ibiza. I’ve always been close to Armin and have a lot of respect for him, both as a friend and as a DJ. We have known each other forever so it feels right to invite him to join in on the celebrations. It’s going to be unique, I’m looking forward to sharing this moment together—and I’m also excited for him to witness such an iconic party!”  – David Guetta discussing the B2B set prior to taking stage.

This B2B by David Guetta and Armin van Buuren set finds itself to be truly unmissable and luckily you can catch a video of this momentous set via YouTube below. Anyone desperate to catch the legendary F*** ME I’M FAMOUS! residency at Ushuaïa Beach Club for themselves can still find tickets for remaining dates here.