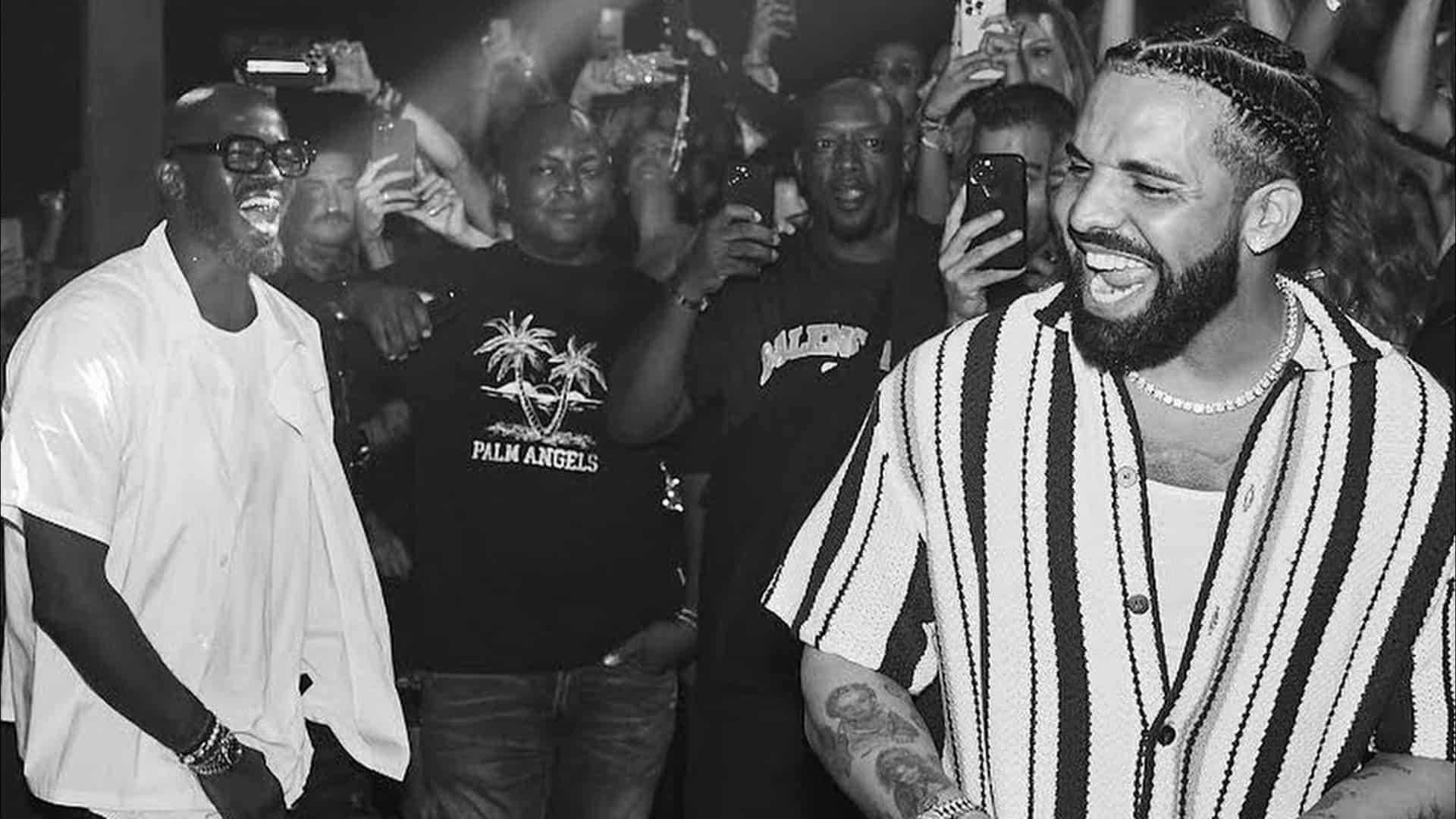 Drake gave fans at the recent Black Coffee show on July 16th at Hï Ibiza a real treat when he showed up for a surprise appearance during the DJ’s weekly residence at the club.  While spinning the song, Massive, from Drake’s newest album, Honestly, Nevermind, the Canadian rapper walked out, gave Black Coffee a hug and began dancing in the booth.

Black Coffee Hï Ibiza residency began in May and will extend until October 1st, but the producer has had a busy year off the stage as well, winning ‘Best Dance/Electronic Music Album’ for his 2021 album Subconsciously, as well as contributing several tracks to Drake’s newest release as well.  For Drake’s newest release, the South African producer was credited with work on the tracks Currents and Overdrive, but his work with the rapper dates back to 2017 when he contributed to the More Life album.  After the evening, the DJ took to Twitter to share the moment at Hï Ibiza with his followers and captioned it with a play on the title of Drake’s surprise 2015 mixtape release, If You’re Reading This It’s Too Late.

Drake’s appearance was no doubt a huge surprise to fans in attendance but definitely a welcome sight as fans await his formal return to the stage.  Last time he properly performed, was at the Free Larry Hoover Benefit Concert in which publicly reconciled his differences with Kanye West and delivered a set of most Certified Lover Boy tracks at Los Angeles’ Memorial Coliseum.  With the surprise release of his new album, Honesty, Nevermind, in June of this year, the rapper continued his consistent output and teased a return of OVO Fest including a Young Money Reunion set featuring Lil Wayne and Nicki Minaj.  Until then, fans will just have to keep their fingers crossed that Drake may grace the audience with his presence at any of the upcoming Black Coffee shows as he continues his residency through the summer.