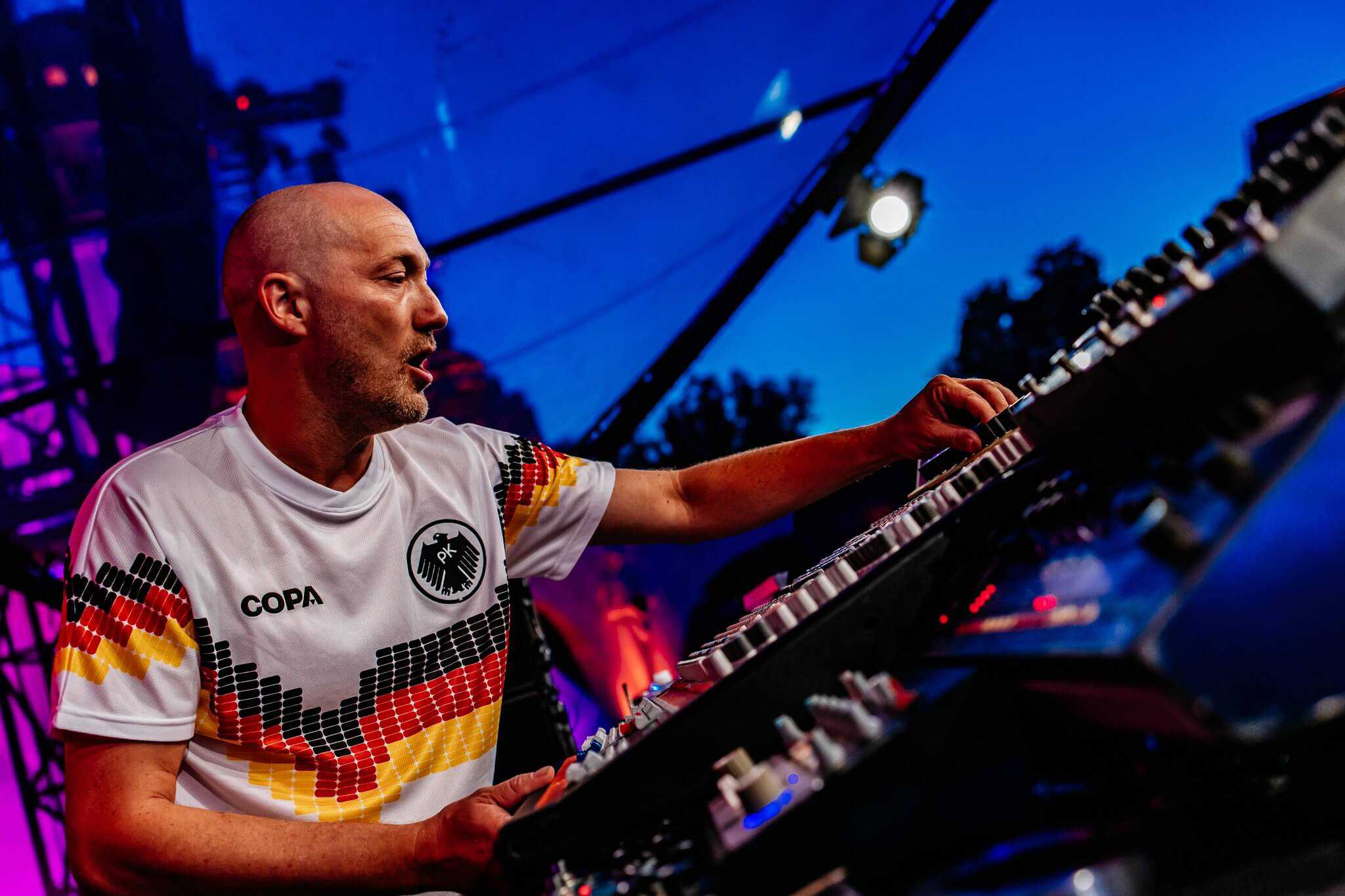 Paul Kalkbrenner took over the mainstage Friday night at Tomorrowland, showcasing his unique live performance edits.  The German producer and actor’s set occurred as the sun was setting on the festival, creating a stunning visual to match his work on stage.

As the third and final weekend of Tomorrowland’s 2022 edition nears the end, the event has placed a heavy influence on techno, showcasing a variety of artists from the genre on it’s Reflection of Love mainstage.  Friday evening’s performance by Paul Kalkbrenner was no doubt a highlight both for the producer as well as fans of the genre.  Watching the artistry and attention to detail as Kalkbrenner works his mixing board and builds his tracks live instead of taking the more traditional DJ approach makes for a fascinating listen and watch, and gives him such control over so many details of the performance.  Showcasing a variety of originals as well as his own remixes, the set offered a variety of sounds, hitting hard with more traditional techno energy at points but also evolving and stripping away key elements to allow for the tracks to breath more and focus on the granular details in between hard hitting dance segments.  The focus on remixes seems to be a theme of his post Covid career, as remixes were somewhat of a rarity for the producer for many years.  2021 saw him revisiting the practice and even creating a more personal remix when he re imagined his wife’s 2016 hit, Techno Monkey, a track he continues to showcase in his performances, including this one from Tomorrowland.  As a veteran with over 20 years as a producer, it was certainly exciting and a well deserved spot on the mainstage for weekend 3.  Paul Kalkbrenner will continue to perform around the world with more dates throughout Europe as well as a short stint in the USA to finish out 2022.  Grab tickets now and enjoy the video from Tomorrowland below.