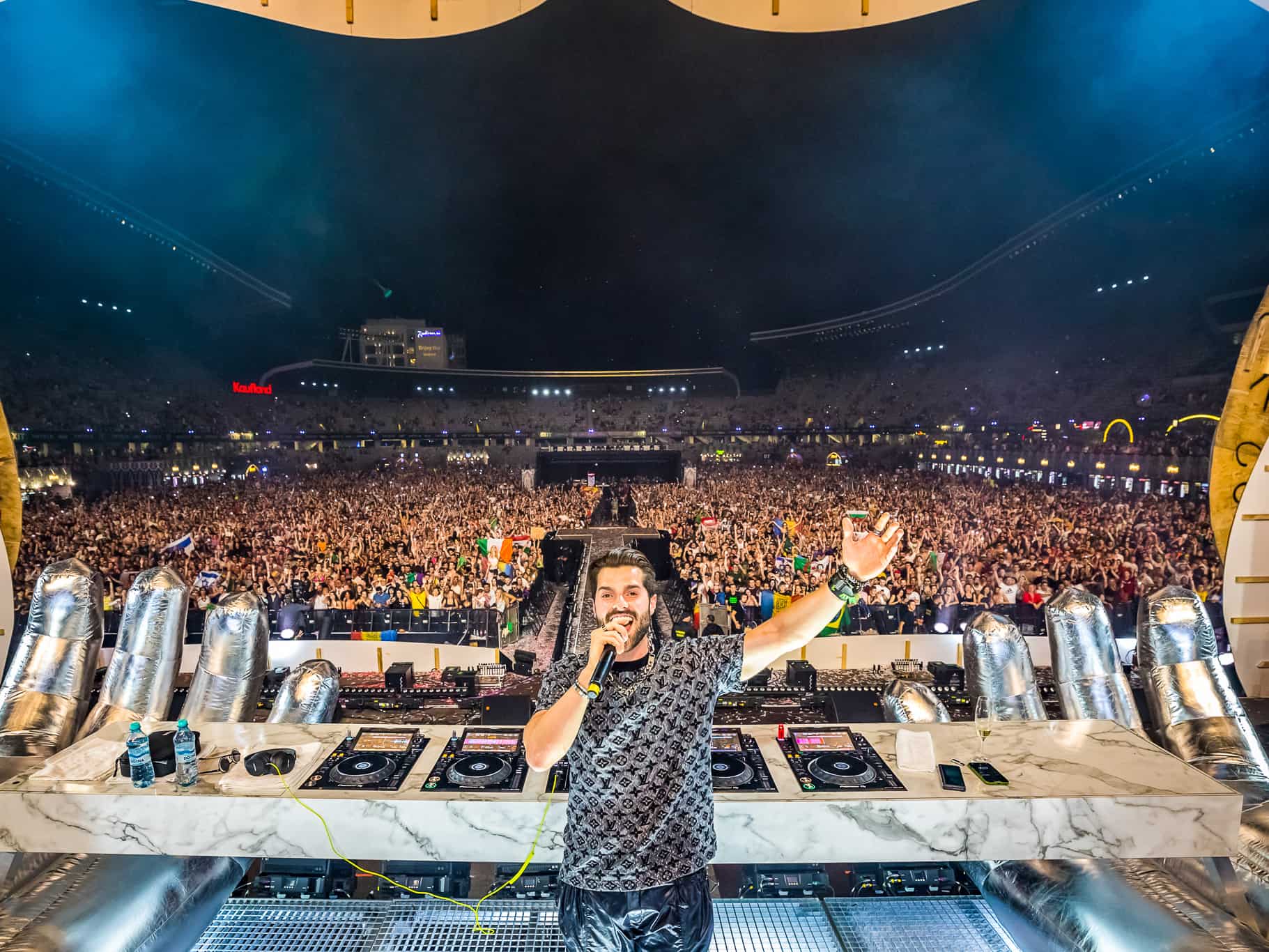 Alok took the stage at Untold Festival in Romania this past weekend to debut his stunning new live performance concept.  The visuals consisted of lighting and 3D animation and were in partnership with video maestro Alexander Hesse, the mastermind behind Swedish House Mafia‘s most recent production.

Alok’s new show left jaws on the ground with its cutting-edge fusion of multidimensional visual storytelling. Most notable during his high-energy set was the presence of a new DJ booth, which was crafted by two massive hands. Always one for symbolism, the hands represented the universe’s energy channeling through the stage so Alok can pass it along to his audience, all live while he’s performing.

The energetic transfer was more than successful, with Alok’s signature sound accompanied by larger-than-life, colorful, and emotive production for a truly immersive experience that just took his live shows to the next level and then some.

When speaking on the intense unveiling of the stage, Alok stated, “Visual experiences at shows are as equally important as music these days. While DJs always channel their energy only through music, I wanted to find a way to take my performances to the next level and communicate better with the crowd using light, video, and 3D animation.”

You can watch the Alok set in all its trippy glory at Untold Festival below:

Click here to see if Alok is playing in your area.