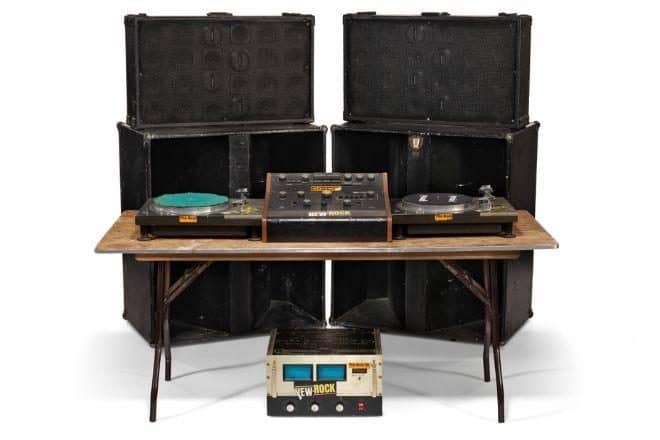 A Soundsystem belonging to DJ Kool Herc, a pioneer in the world of Hip-Hop music has sold at auction for $201,600, a testament to the DJ’s achievements.

The Jamaican-American DJ, DJ Kool Herc has been credited for man marvellous things over his extensive 50-year career, including being the driving force behind the origin of Hip-Hop. It comes as no surprise then that a Soundsystem belonging to the DJ has sold at auction for over $200,000.

Selling at The Christie’s auction for $50,000 above the estimation, on Thursday the 18th of August, the item contained 2 Technics SL-1100a turntables, GLI 3880 mixer accompanied with GLI 1000 equalizer, a Mcintosh Mc-2300 stereo power amplifier, 2 speaker cabinets with a 6-inch speaker array, 2 subwoofer cabinets all laid on a fold-out wooden table. DJ Kool Herc used the Soundsystem through the mid-1970s and 1980s, when the DJ created his infamous ‘Merry-Go-Round” technique the driving force behind Hip-Hop. discussing the Soundsystem, the DJ stated according to the sales page:

That thing cost a lot of money and pumped a lot of juice. It was 300 watts per channel. As the juice start coming man, the lights star dimming. And the turntables, I had the Technics 1100A, the big ones, so it wouldn’t turn.

It wasn’t just the Soundsystem that was sold during the day as the auction included an array of musical memorabilia from the DJ and more including a pair of shoes and a necklace worn by Kool Herc selling for around $2,000 each, a disco ball from Sedgwick Avenue selling for almost $38,000 and a mixer. You can check the full Christie’s auction collection here and the listing of the Soundsystem individually here.