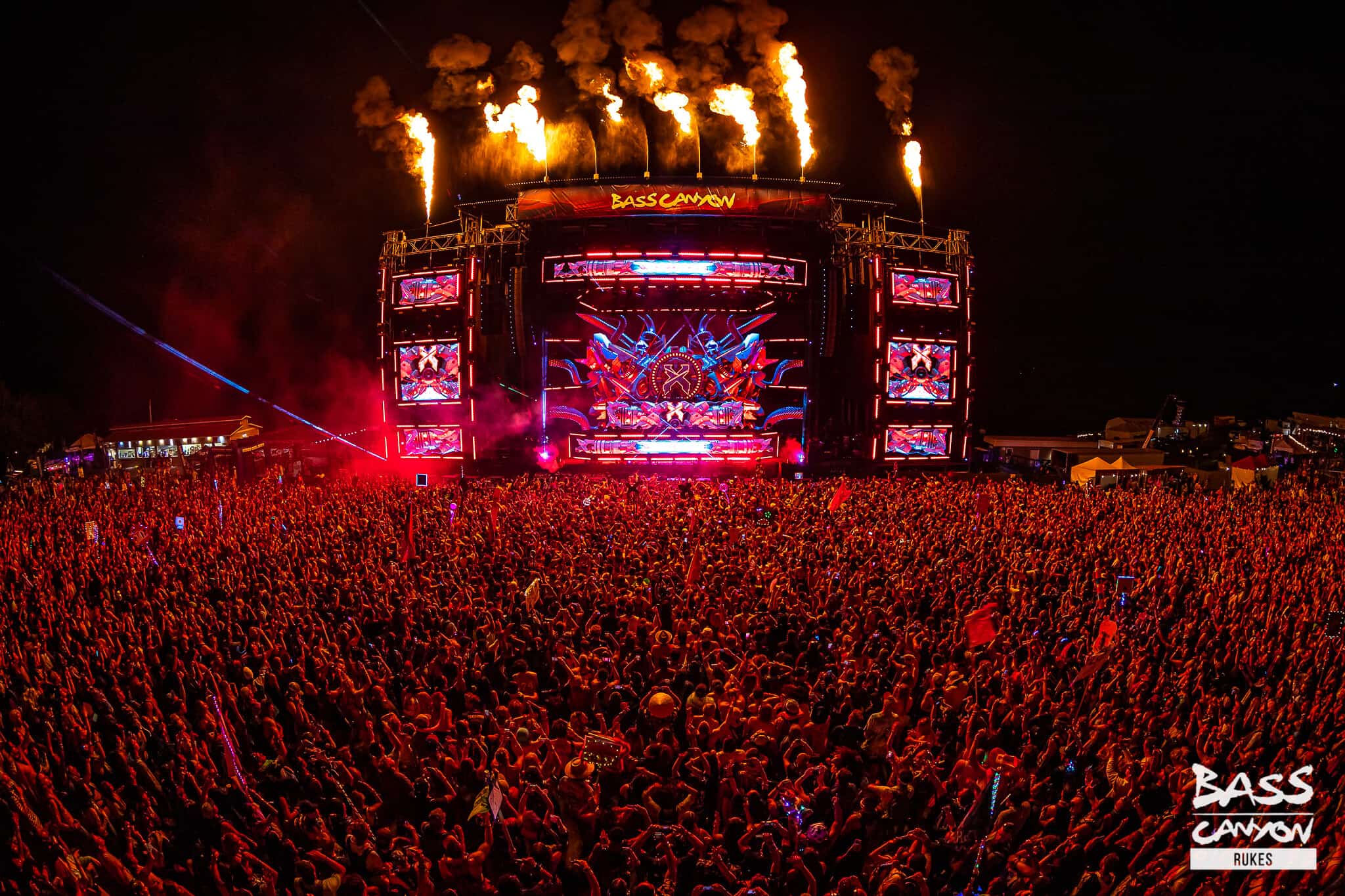 As thousands of attendees make their way down to the beautiful Gorge Amphitheater in Washington for Excision’s Bass Canyon Festival, this year a potential tragedy was stopped. According to the local authorities, police detained a man who allegedly had plans to commit a mass shooting at this year’s festival.

Bass Canyon Festival has become globally recognized for bringing in top-tier acts and all the bass needed for the weekend. Held on August 19-21, Bass Canyon welcomed artists such as Diesel, KAYZO, Riot Ten, Boombox Cartel, Ghastly, and unique sets from the legend Excision. While the festival looked epic as usual, a recent police report revealed a man was arrested as he had “plans to commit a mass shooting” at this year’s festival. A 30-year-old man from Ephrata named Jonathan R. Moody was at the parking lot outside of the festival on Friday evening at 9 PM and inhaled an unknown substance from a balloon before loading two 9mm pistols with one around his waist. The man also spoke with several Bass Canyon attendees asking when the festival would end and where the exits were located. Authorities were alerted of this and he was arrested on suspicion of one count of possession of a dangerous weapon and one count of unlawful carrying or handling of a weapon. While this was totally unexpected, thankfully no one was injured and it shows how important it is to be aware of your surroundings even at an electronic music festival.

“Grant County sheriff’s deputies on Friday night believe they stopped an Ephrata man who may have had plans to commit a mass shooting at the Gorge Amphitheater. Citizens and security notified deputies around 9 p.m. of a man in the parking lot. Witnesses’ suspicions were raised when they saw the man inhale an unknown substance or gas from a balloon and then load two 9mm pistols from the trunk of his car. The man concealed one pistol in the rear of his waistband and the other in an outside-the-waistband holster. The suspect, later identified as 31-year-old Jonathan R. Moody of Ephrata, approached concertgoers, asking what time the concert ended and where people would be exiting the venue. Moody did not make access inside the venue. Venue security detained Moody outside of the venue gates and disarmed him of the two loaded 9mm pistols. After investigating, deputies arrested Moody on suspicion of one count of possession of a dangerous weapon and one count of unlawful carrying or handling of a weapon. Moody was lodged in the Grant County Jail.”

Be sure to read the full report below.