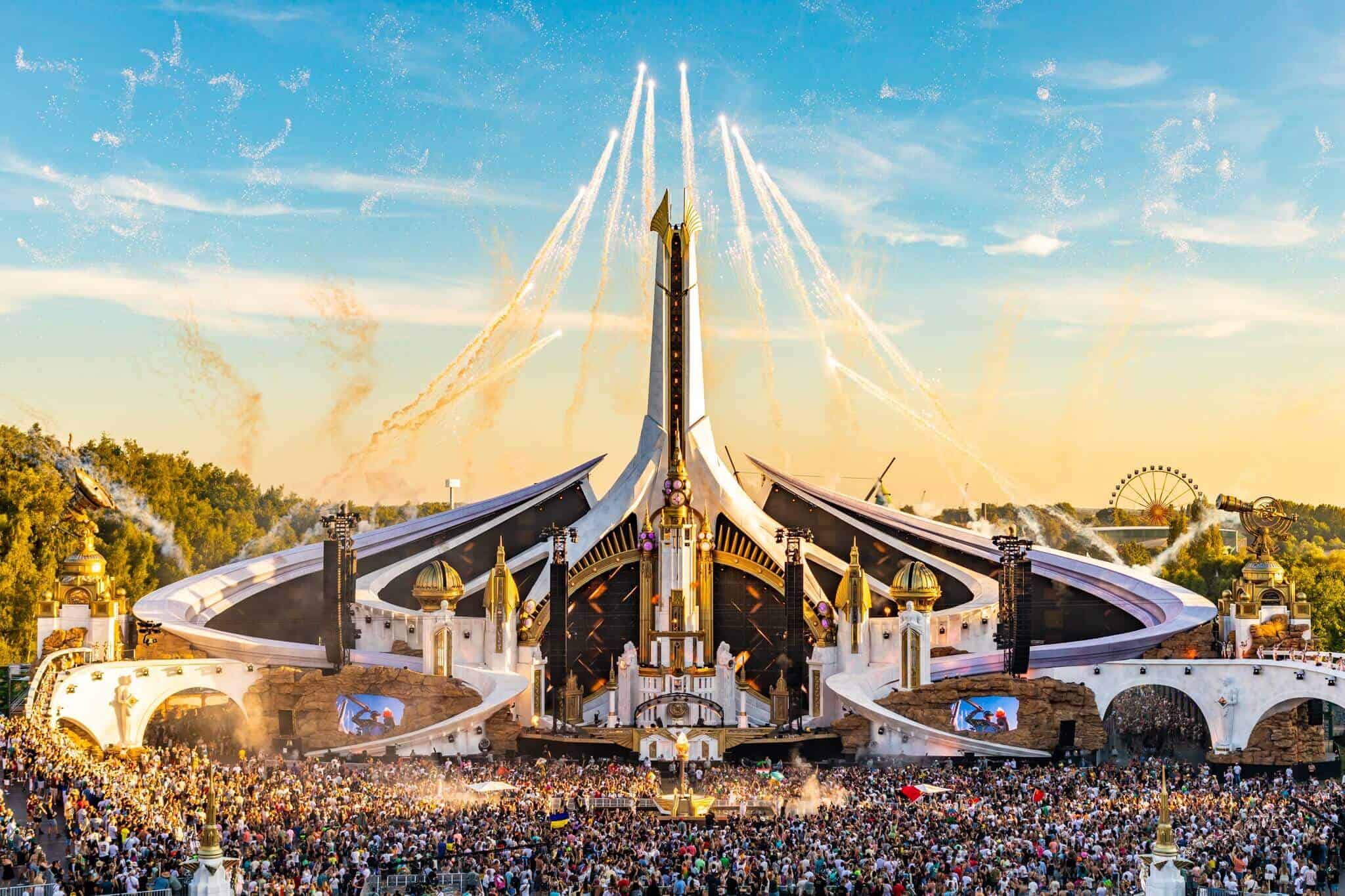 Tomorrowland 2022 mainstage recreated in VR and ready for Metaverse

Tomorrowland mainstage ‘Reflection of Love’ mainstage has been recreated in VR which could soon make its way into the Metaverse.

After a 2-year hiatus, Tomorrowland, one of the biggest music festivals in the world, made a massive comeback in 2022 which lasted an entire month! Now, that’s a comeback story you can tell your grandkids. The 16th edition of Tomorrowland hosted every top DJ along with many other performers and artists. The festival also managed to up its games by creating a unique mainstage called the ‘Reflection of Love’ inspired by the digital design that was partly used for one of the festival’s online editions.

This year’s Tomorrowland mainstage was undoubtedly an eye-pleasing standout. The stage which surprisingly also has a LEGO version represents the festival’s positive spirit, it was designed to create a connection between the People of Tomorrow and the unification of happiness beyond all nations, bringing magic and reflection of light to the festival grounds in Boom, Belgium. You can catch a detailed view of the stage here.

And talking about the mainstage’s positive impact on attendees takes us to the creative VR developer Jake Donaldson, who has reproduced the ‘Reflection of Love’ stage in VR. Using the Horizon Worlds app, Jake recreated the mainstage after getting inspired by his first-ever visit to Tomorrowland.

With his VR asset ready to go, Jake hopes to launch his creation in the metaverse as he seeks DJs and performers for a potential online festival. Let’s hope we can see a massive line-up of artists at a music event soon. Until then, explore Jake’s creation on MetaQuest here and also catch a glimpse of the stage below.