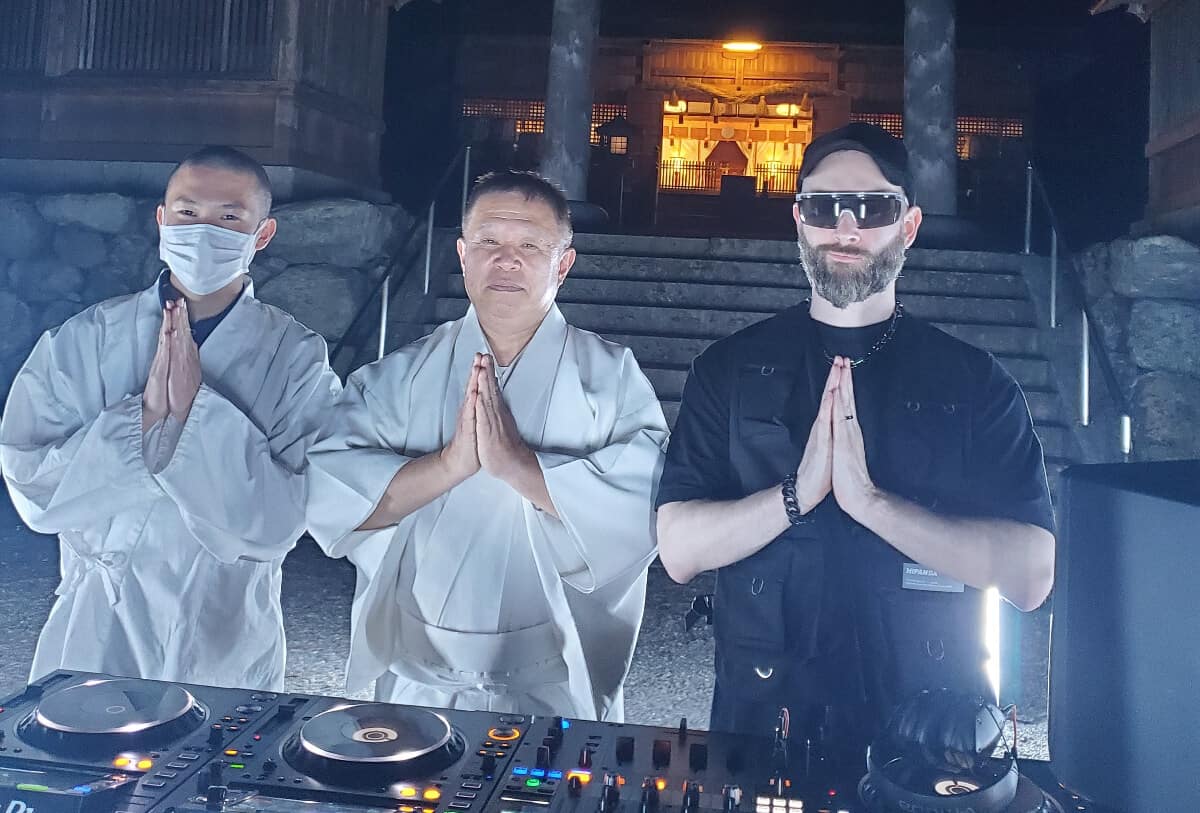 Offering viewers with an experience of a lifetime, ‘High in Japan’ blends cultural heritage and music in the most distinct of fashions. Taking over the channel, VIVID will be blessing us all as he performs a set for the ages, whilst at the Niukawakami Shrine in Japan.

Blending cultural heritage and music in the most unique of ways, ‘High in Japan‘ acts as a premium channel “that distributes videos of Japan’s famous sightseeing spots and superb views to dance music played by DJ’s.” An initiative that came to be as result of the devastating impact caused by the global pandemic, viewers have had the privilege of witnessing some breathtaking landscapes and monuments with each video uploaded since its launch in August of 2020, and at the same time, have also been treated with a wide range of musical excellence, courtesy of the various high-profile, as well as up and coming artists that have featured throughout.

Taking pride in everything they do, ‘High in Japan’ have set out on a mission of “continuously providing artistic music and high-quality videos,” whilst at the same time also aiming “to use the power of music to revitalise the tourism industry and revitalise the region.” Looking to also join the movement, and add his own touch towards the project, VIVID is the latest artist to be taking over the channel, as the man of the moment had the opportunity of recording a set at the most historical of sights in Japan, the Niukawakami Shrine. Bringing his eclectic future rave sound to life, viewers most definitely do not want to miss out on this latest stream, set to go live on Tuesday, the 16th of August of 2022. With this said, we had the opportunity of catching up with VIVID himself, as he gave us a further glimpse into the experience as a whole;

Hello and thank you for joining us! Could you give us an insight on how the set came to be, as well as the overall feel regarding the experience of performing at a historical shrine in Japan?

“I was contacted by High In Japan, which is a youtube channel that highlights known and unknown sightseeing spots and connects them with local and international DJs. It’s a very unique sort of channel that not only showcases the local sights, but also local sounds. I have DJ’d all over Asia and Japan, but this was a unique experience that allowed me to learn more about Japanese culture and take in the nature that surrounds Nara.”

In preparation of your set, we would like the know the main influences that occurred before, or even during your performance, as well as the significance of implementing your sound in a way the also blends with the surroundings?

“As with most of my sets, I try to always prepare some original VIVID music, so during this set, you will hear some VIVID IDs that are set to release later this year. In addition, I wanted to bring that rave sound that I spin in Tokyo to this unique location for a truly unique fusion of old and new.”

Taking it all in, we would like to know your own thoughts behind such initiatives, as well as your outlook on Japan as a country and everything that it has to offer?

“I think this is such a great project. Japan is known for its shrines, culture, and music, and combining these all into one for these “High In Japan” DJ sets is truly incredible. Japan’s dance music scene is rich with several different music scenes from underground techno to mainstream EDM, and with tourism still locked off, at least we have these amazing DJ sets to enjoy.”

Offering “Japan’s most amazing music experiences,” there is no doubt in mind that viewers will be hooked to their screens from start to finish, and that is for VIVID’s set, as well all the other artists that have performed at various locations in the regions, and for the artists that are set to do so in the near future. Showcasing their love for their country, culture and ultimately their heritage, ‘High in Japan’ offers a musical experience like no other, and we are all for it. WIth this said, be sure to visit their official website here, where you will find further information on their YouTube channel, the set times for VIVID’s stream, upcoming DJ sets and much more. Enjoy!