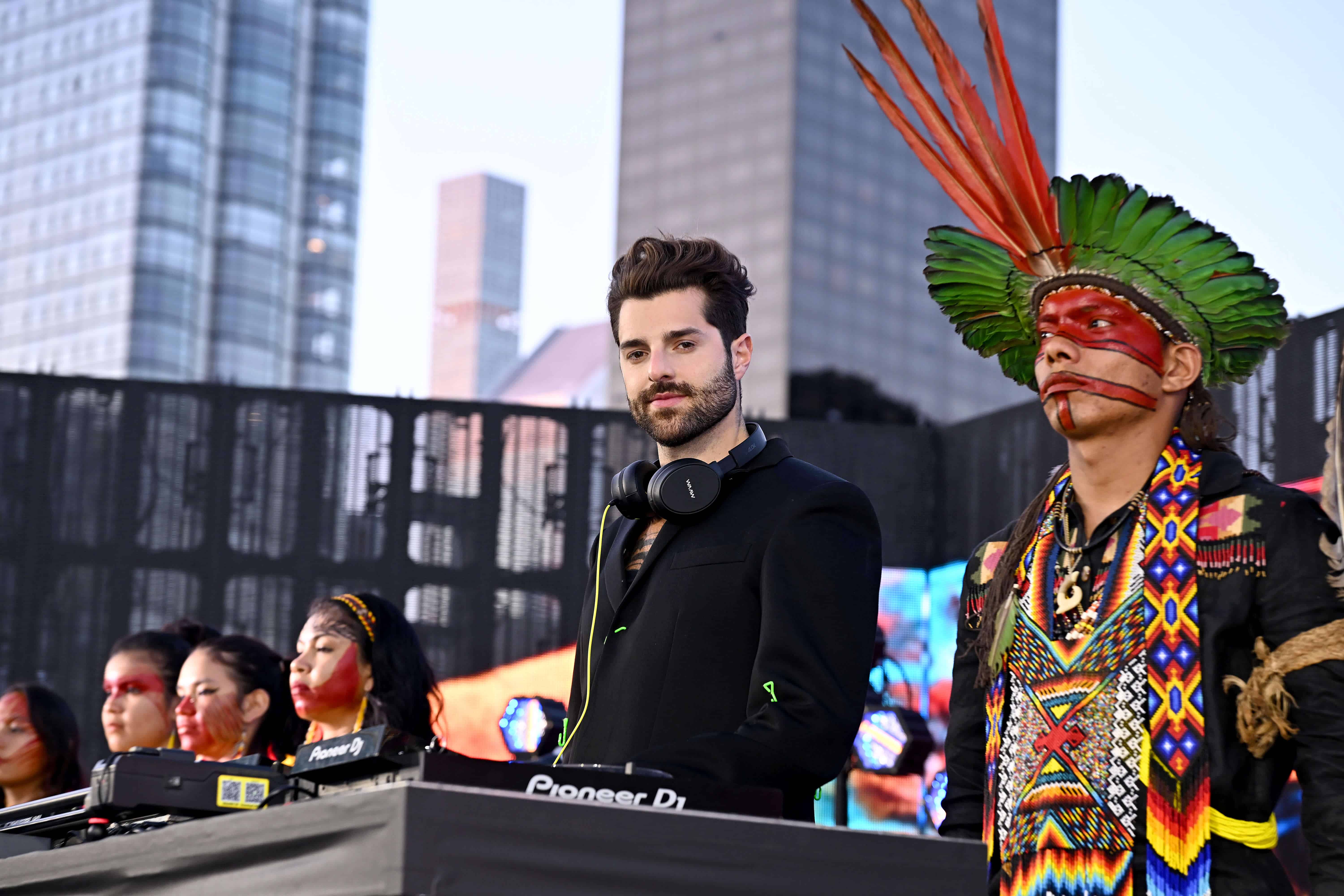 “The future can be technological and sustainable, but for that we need to listen to the voice of the forest and co-create solutions together with these voices,” says global star Alok of his climate change partnership with the United Nations’ Global Compact and the Alok Institute.

In what is one of Alok’s most prestigious and important performances of his career, the Brazilian trailblazer took to the United Nations HQ in New York City for a special set. The performance is part of “The Future is Ancestral,” which is a musical project between the producer and Brazilian and Amazon indigenous groups. 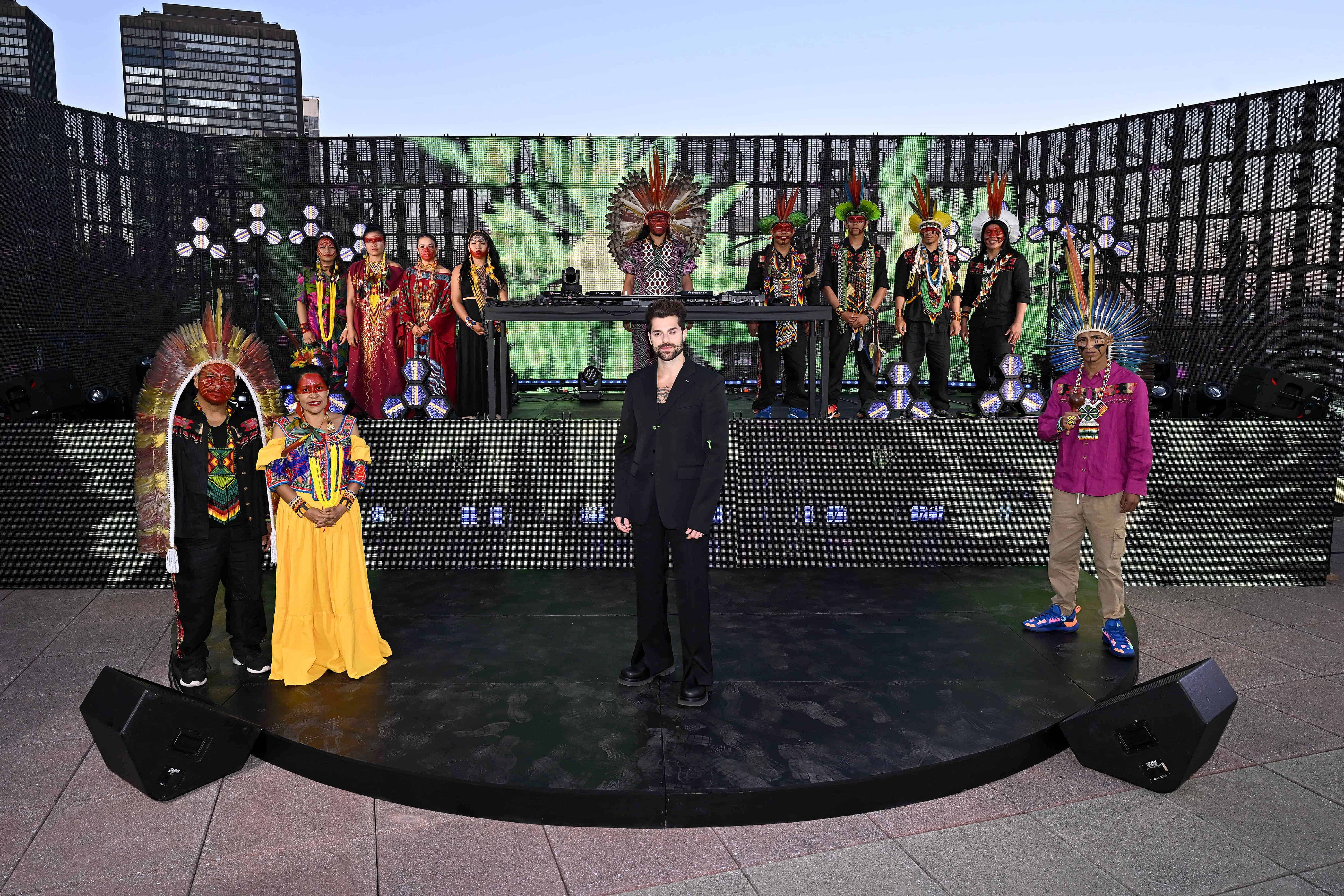 “Taking the ancestral wisdom of the forest to the world is not only part of my artistic goals, but also of my principles as a citizen. Since I had contact with the culture of native people, I understood the importance of preserving and disseminating their knowledge and of deconstructing concepts, beliefs and narratives that poison the vision that adults and young people in my country, and around the world, have about the indigenous. The future can be technological and sustainable, but for that we need to listen to the voice of the forest and co-create solutions together with these voices,” explained Alok.

“The Future is Ancestral” was formed in 2021, a musical project inviting indigenous artists such as Huni Kuî, Yawanawa and Guarani Mbyá to record a landmark album, due for release in 2023 alongside a documentary which filmed the process from Alok and the artists meeting to finishing this cultural and important body of work. This performance in NYC is all part of this. 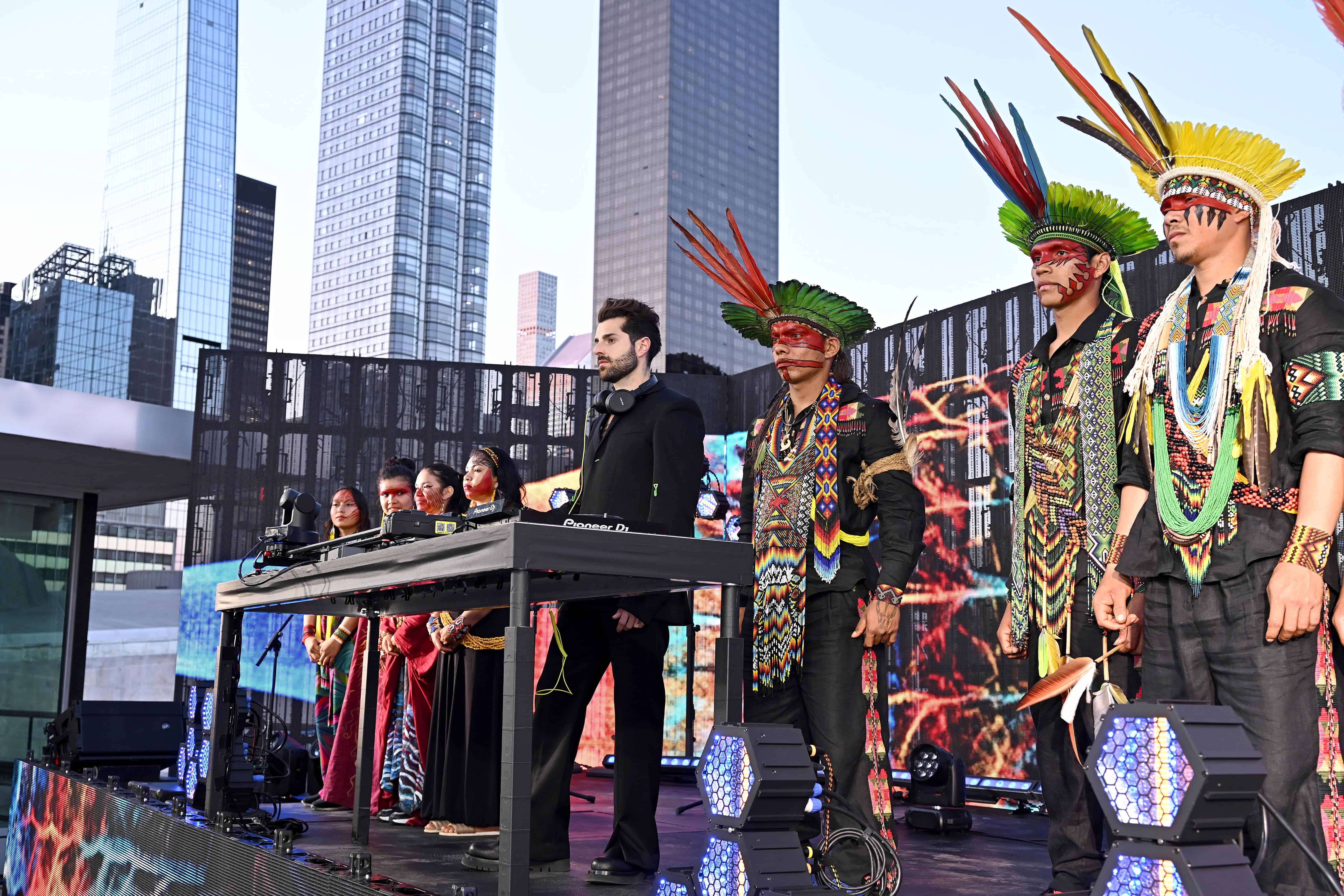 “Indigenous Peoples have been living in harmony with the forest for thousands of years. Their culture and ancestral knowledge are vital for a green and just future for everyone. We must work together to ensure Indigenous Peoples actively participate in discussions and decisions both at the national and global levels.”

To find out more about Alok Institute, visit their website here. You can also donate to the work that Alok and United Nations are doing through this link.