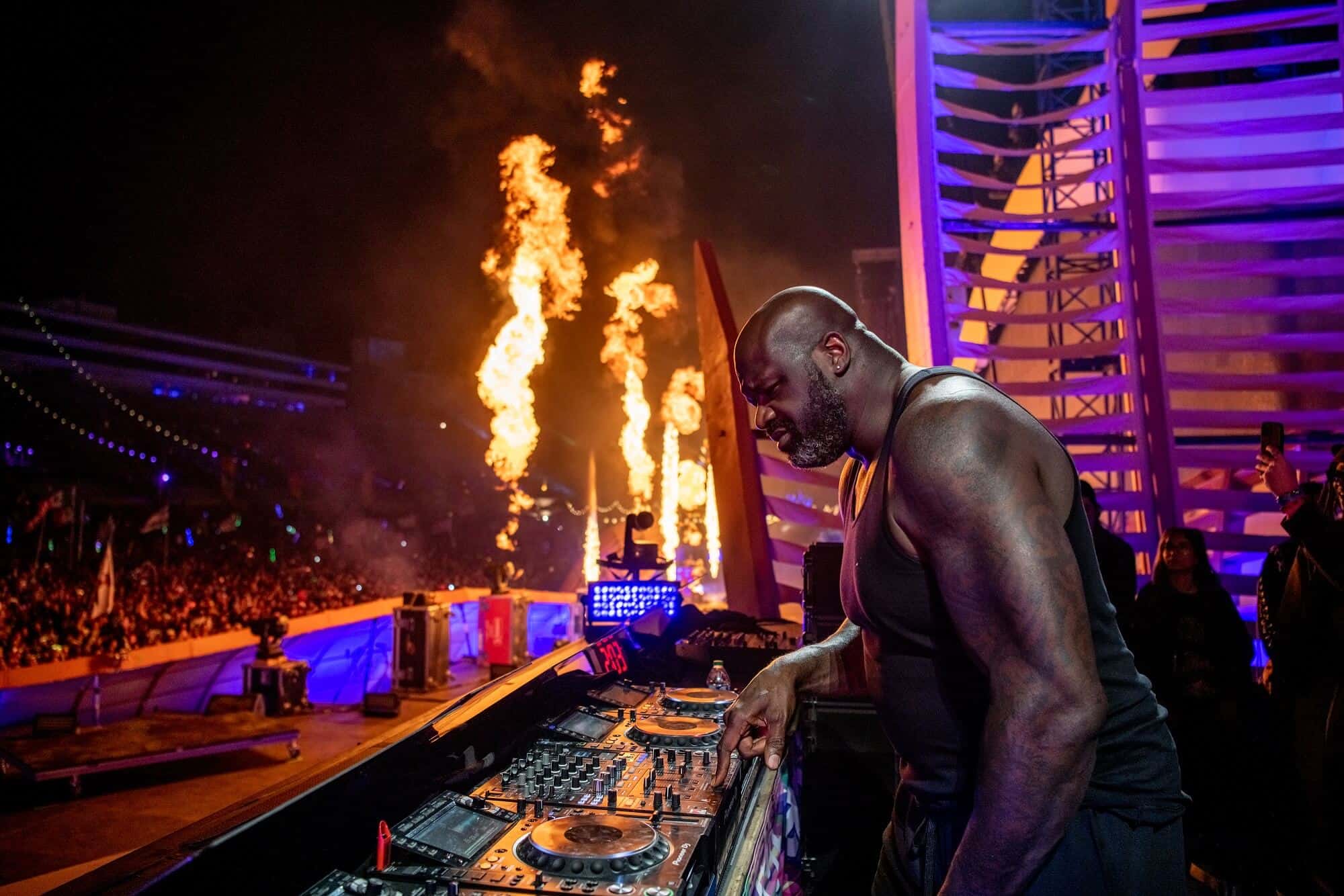 Shaquille O’Neal aka DJ Diesel is setting out to break the Guinness Book of World Record for the largest mosh pit at a music festival.

The headbanging, railbreaking, mosh-pit conducting DJ is set out to explore new feats as he has his sights set on breaking the Guinness Book of World Record for largest mosh pit.  An appropriate record for the DJ, as many a time, he will even join concert-goers in the middle of the pit. In a tweet, the Hall-of-Fame basketball star turned filthy dubstep DJ suggested that he might explore this new opportunity at Lost Lands, which is taking place September 23rd through the 25th at Legend Valley in Ohio.  Almost all of the replies to the tweet contain eager fans willing to participate in the record-breaking attempt.

Should we go for Guinness world record for biggest moshpit at @lost_lands ???

The previous record is held by heavy metal band DevilDriver for their 2007 performance of the “Largest Circle Pit” at England’s Download Festival that consisted of nearly 25,000 attendees.  However, Guinness Book of World Records later ended up denied the attempt, stating “Unfortunately, as there is no way you can physically define where any circle/mosh pit starts and ends, we cannot accept this as a category.”

There will be double the amount of attendees at Lost Lands this year, so breaking the DevilDriver record is definitely within a stones throw for DJ Diesel.  While we’re unsure if it will be officially counted, we wish DJ Diesel good luck on his World Record attempt!