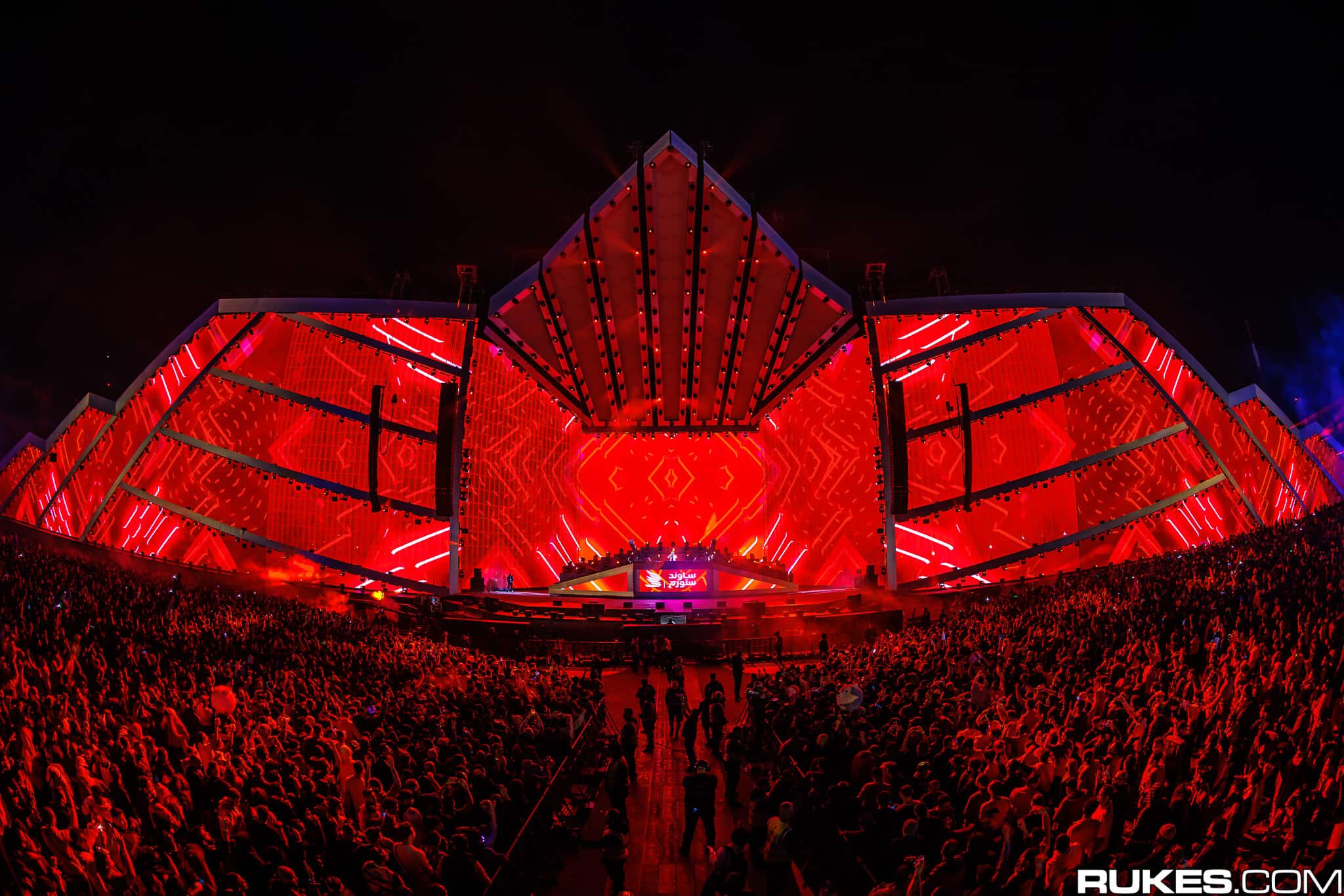 Expanding their horizons, MDLBEAST is bringing their brand to Qatar during the World Cup for a series of music events titled ARAVIA. About this exciting new prospect, the brand state: “We look forward to bringing the best of dance music to football fans from all over the world.”

Expanding their cultural footprint, MDLBEAST are bringing their knowledge of creating world-class events to Qatar for the first time from November 21 – December 18, in time for the Qatar World Cup which will bring football fans from all corners of the world to the region. Titled ARAVIA, MDLBEAST will be responsible for hosting events across 28 days, with 56 different artists across multiple genres.

Not only acting as entertainment for fans, it represents a new chapter in the world of MDLBEAST, with people outside of Saudi Arabia noticing the huge and important impact that they’re having on the Middle East. Committed to changing the region’s attitudes towards electronic music and growing/enriching local talents, as well as building tourism up by bringing the worlds biggest acts to the stages, ARAVIA teams up with one of the biggest sporting events in history and is monumental for both MDLBEAST & the Qatar World Cup.

“The launch of Aravia is a huge milestone moment for MDLBEAST and for the wider region. We are known for putting on legendary live music and entertainment events thanks to the runaway success of SOUNDSTORM, and to have 28 nights of AAA DJs and music in Qatar this year is an exciting prospect. We look forward to bringing the best of dance music to football fans from all over the world.”

known for bringing in spectacular lineups, MDLBEAST will ensure that this is the same for ARAVIA, with the lineups for each night and event being revealed on September 20, next week. Especially for this event, a purpose-built stage called the Al Rihla stage will combine immersive design, state of the art pyrotechnics and energetic sets for one incredible experience that isn’t to be missed.

Tickets, starting from SAR 199, will also go on sale on September 20, and will be available from the website here as well as Qatar’s Jarir bookstore for locals. Aside from this, MDLBEAST’s flagship festival Soundstorm will return to Riyadh on December 1-3, which you can also learn about via the website.