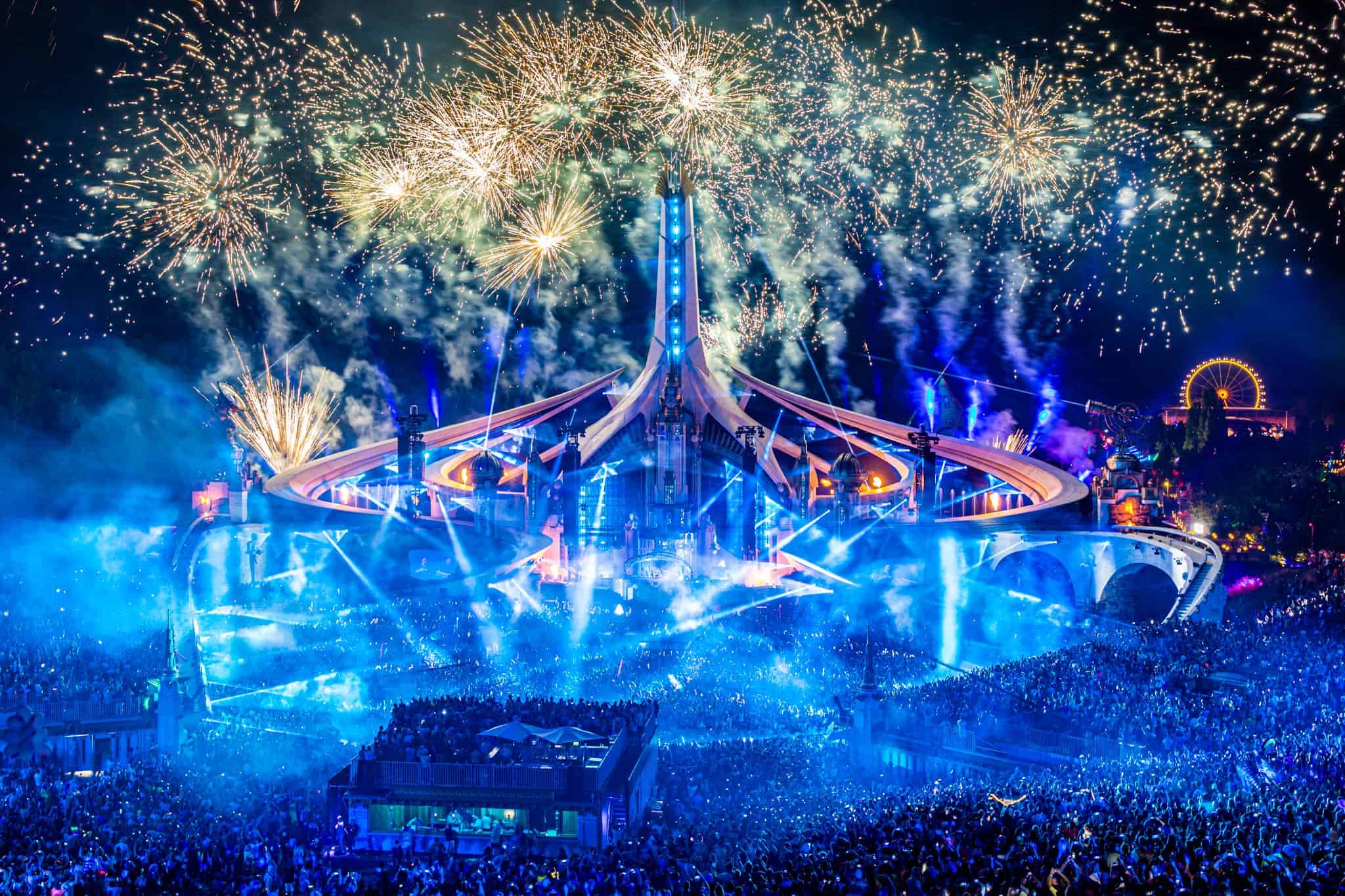 Tomorrowland over the years has established itself as one of the leading players when it comes to electronic dance music festivals. Located in the small town of Boom, Belgium, the festival made a glorious comeback in 2022 post-Covid-19 for not its usual 2 but for 3 magical weekends, welcoming over 600,000 people to a time of action-packed fun, music and world-leading production.

Known for its impactful themes, Tomorrowland 2022 saw The Reflection of Love as its theme, meant to symbolise the festival’s positive energy and following the unexpected darkness of the pandemic, Tomorrowland wanted to make way for a unique experience and nothing quite conveys this than the monumental MainStage. 100% made from in-house decor, the 53-metre high and 270-metre wide stage was incredible in pictures but even more mesmerising in real life. Containing 214 speakers, 990 square metres of video tiles, laser, bubble machines and fountains, it was the quintessential of stage design that hosted 100s of artists over the weekends. Every day at 4, talented performers would take to the stage to open the day, this included inspirational speakers conveying the theme and was just another magical touch that makes Tomorrowland so unique. The incredible stage design doesn’t end at the MainStage however, many stages make a return such as the Moose Bar, Rose Garden, and the Freedom Stage with new additions such as The Library, which recycled assets from 2019’s MainStage. In conclusion, nothing on production was done halfheartedly, with incredible performers, magical light shows and intense fireworks every single night.

A focus on upcoming talent with music for all tastes

Tomorrowland is known for its incredible line-up, fans will sell out the festival before even one name has been announced knowing the artist roster will be phenomenal regardless. Over 800 names were behind the decks at this year’s festival with huge names like Tiësto, Dimitri Vegas & Like Mike, Martin Garrix, Tale of Us, Above & Beyond, and, Adam Beyer all taking to the stage. However, to applaud Tomorrowland’s musical diversity, the festival from the get-go put a focus on promoting upcoming talent. First unveiled names were all up and coming, with artists like the rising female DJ and producer B Jones from Spain and Italian-Belgian artist Cellini making a debut on the MainStage,