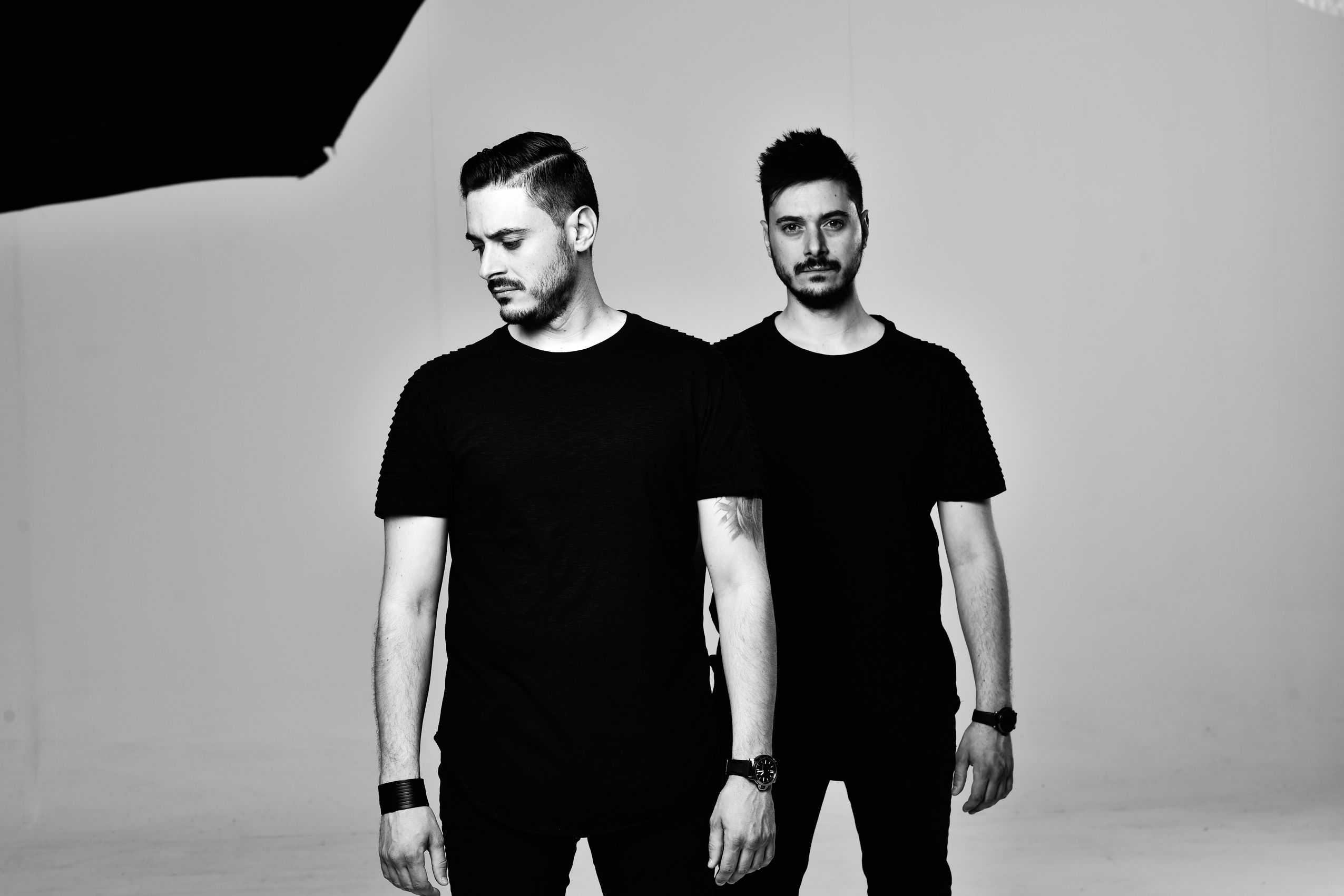 With many exciting releases and gigs lined up, the world is bright for trance & techno stars Yoshi & Razner. “If we were to tell you about all the great experiences and adventures we’ve had as artists, we might never finish,” say the duo.

Yoshi & Razner, Spanish-born twins and production duo, are names that are fast-rising within the scene. Building themselves a strong rapport through their releases and unmissable DJ sets, they are two of trance‘s brightest stars. Spreading their unique sound all over the world, the future looks bright for Yoshi & Razner, with upcoming sets at Amsterdam Dance Event and Dreamstate SoCal to name a few, and upcoming releases on the likes of Armada. There’s plenty to talk about when it comes to the duo, and We Rave You got all of the information and more. 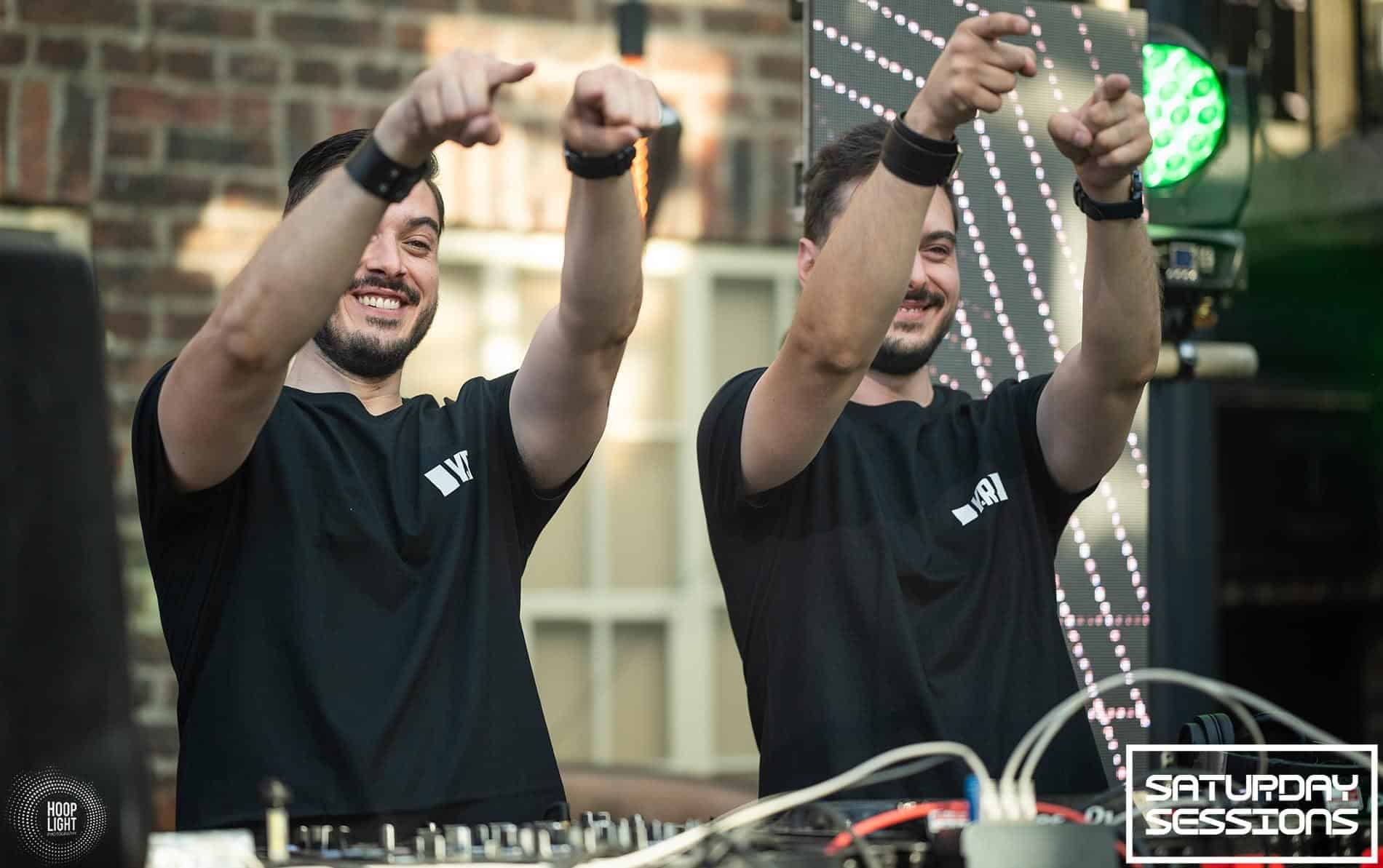 Hi guys! Can you tell us how you got your start in the industry and what has been the most exciting part of your career so far?

Yoshi: Hello, first of all, we wanted to thank you for this interview!

We have been DJing since 2000 but producing since 2016; there have been many exciting things during this time but without a doubt one of the things that excites us the most is the messages and the support we receive from people when they listen to our music. I think that’s the biggest reward we can receive.

Razner: Besides that, we can’t deny that getting gigs like the ones we’ve been getting lately is another big prize for us! We have been on many stages and that is always something unique. After all the work in the studio, which is what people don’t see, getting on stage is always the most exciting part of it.

Yoshi: If we were to tell you about all the great experiences and adventures we’ve had as artists, we might never finish, Hahaha!

As two of the top worldwide selling trance producers on Beatport, what do you think has contributed to your incredible successes so far?

Razner: Constancy and sacrifice, we are always willing to learn and try new techniques. We are very restless, the world of music and sound is something we are passionate about and we can spend endless hours in front of the screen.

Yoshi: I think ambition is also an important factor. We are not conformists, we are crazy about reaching to the perfect sound and we always want to improve and improve even more, so maybe that’s why we have achieved great things. 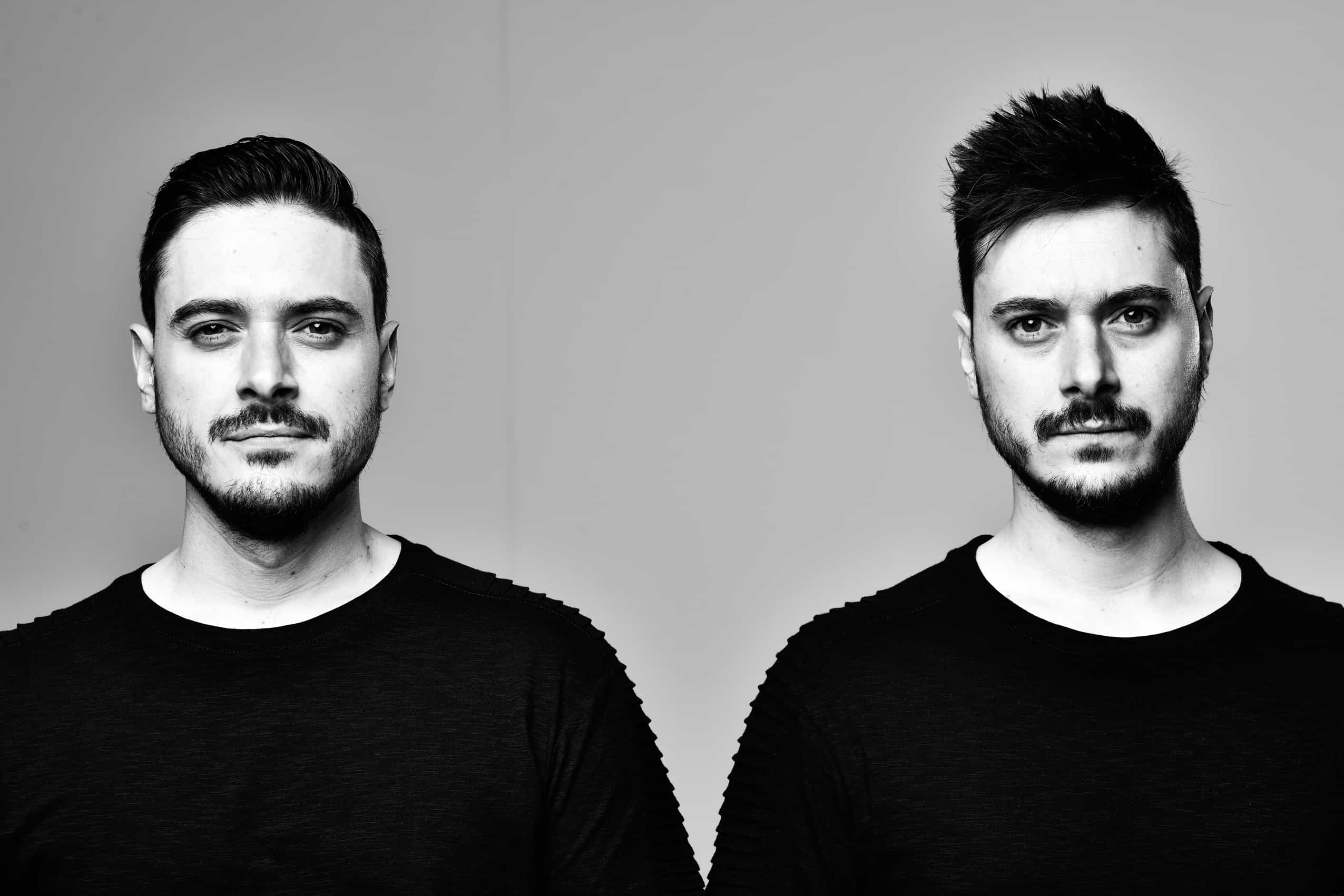 Can you describe to us what your signature trance sound is to someone who may not be familiar with it yet?

Yoshi: Most of our tracks are uplifting but we like to vary within our possibilities and make tracks that are a little bit harder. I think it’s a bit seasonal and what feeling you get at the moment you feel like producing.

Trance is mainly what you guys are known for, but are there any other genres you are both tackling or looking to produce currently?

Razner: One of the styles we love apart from trance is techno. In the last few months we have spent most of our studio time learning a lot about this style, we have analysed dozens of producers we like, trying to get the best out of each one. I think the investment has been worth it!

Yoshi: Although we have finished 4 techno tracks that we will not sign, we have 2 techno tracks that will be released soon, 1 of them with Armada. We like the idea of being jumping between these two styles because you can get a lot of techniques from one style as well as the other. 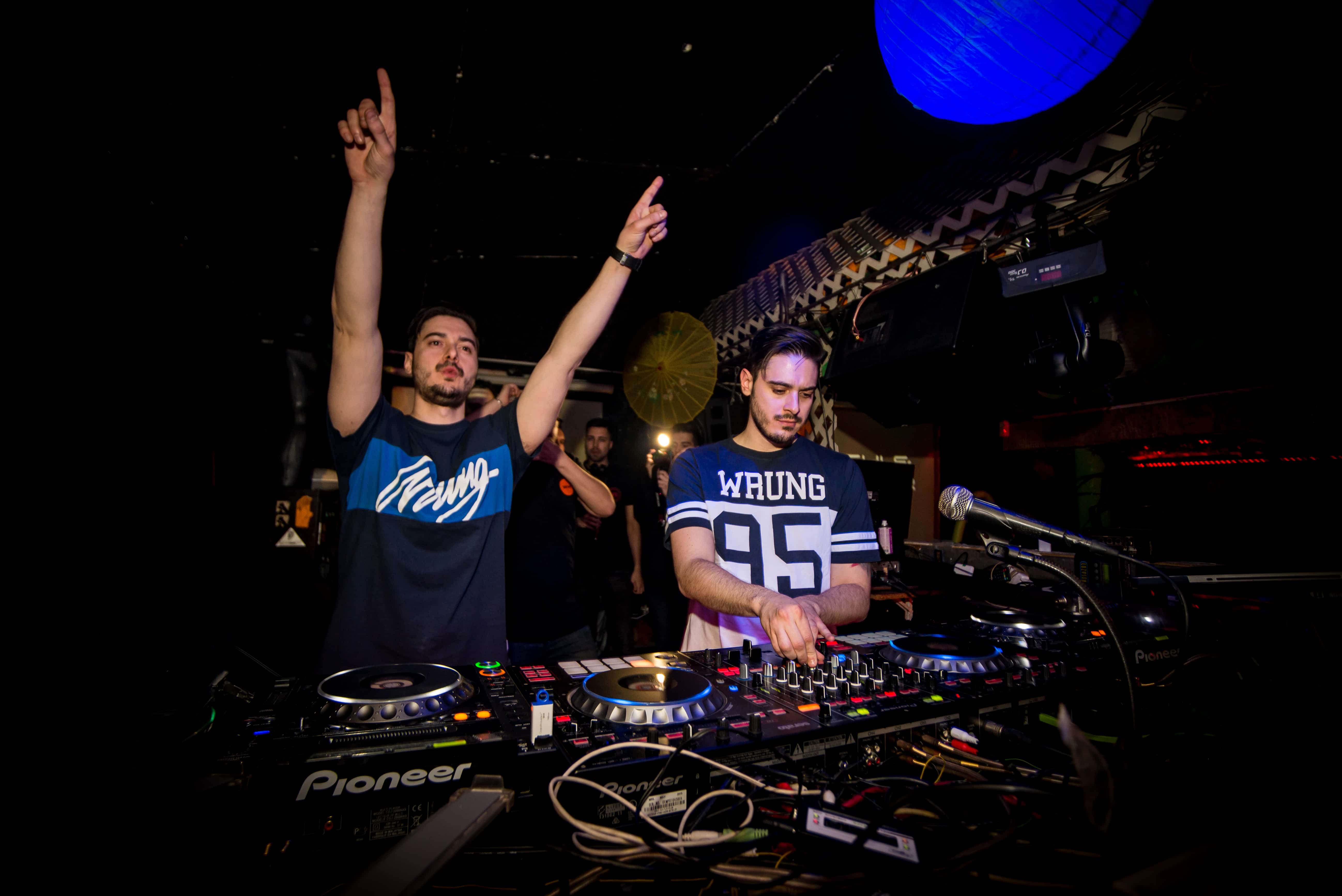 Speaking of music, 2022 has been busy for the Yoshi & Razner release radar with hits such as ‘The Essence,’ ‘Emotions,’ ‘Bohemia’ and more. Can you talk us through the creation process for some of these tracks, and how you typically get together to create a track from scratch?

Yoshi: Well, it’s very easy to us, we are twins and we have been together all our lives. In fact, we live in the same house so every time we are in the studio, we are together. As for the process of creating these tracks or others that we have released, it depends, many times you start from 0 and throw ideas until you find one that you feel comfortable with to keep moving forward, another is because something that you hear from other tracks, even from other styles. I think everyone finds inspiration in many different ways.

Razner: We listen to all kinds of music and get ideas from there. We are self-taught (thanks for everything, YouTube!) and we have learned many specific techniques for composition and sound treatment from other styles like rock and classical music. From each style you can always learn something that fits your own style.

Moving onto live performances, your touring schedule is certainly looking full for these upcoming months. Can you tell us where we’ll get to witness you guys live in these final few months of 2022?

Yoshi: It could be even more crowded, haha! Without a doubt the two most important events we have in sight are “This is Trance” by Luminosity at the ADE week in Holland and Dreamstate SoCal in the USA. We are really looking forward to it as it is the first time we’ll play there, and we are very grateful to the team of Luminosity events and Insomniac for this opportunity they are giving us. We have been working all summer to bring a lot of new tracks that I hope trance lovers will enjoy. 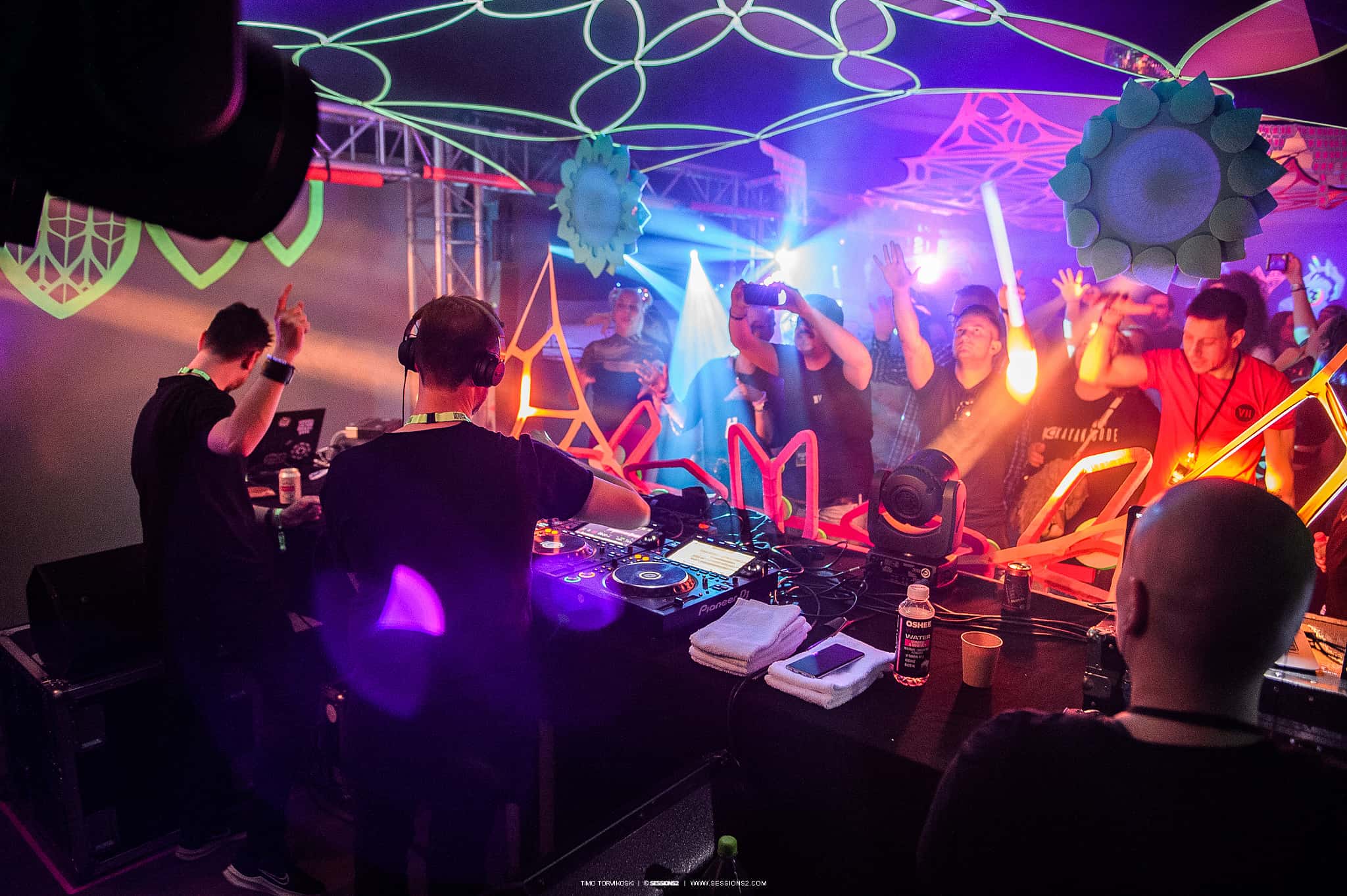 When people come to see you guys perform, what can they expect? Can you sum up the Yoshi & Razner experience for us?

Razner: Being twins and having been together all our lives, we have a great rapport, we don’t even need to talk to each other or even look at each other to know what the other is going to do. We also try to play with very energetic and varied tracks, not only ours, but also from other artists; we like to have variety in our sets.

Yoshi: I think Yoshi & Razner are a fun duo, but mostly because we don’t need to train, our rapport was created since our mother was pregnant, haha! Certainly we only offer what we are, but we are aware that seeing our 4 hands mixing at the same time is something spectacular and quite different. We’ve been playing together since we were 14 years old and it shows!

Finally, what does the future have in store? Have you got any exciting projects lined up for the near future and in 2023 so far that you can share with us?

Razner: I would highlight a very important gig that has already been signed, the most important of our career, but it has not yet been announced, so we cannot reveal this information yet. Soon we will communicate it in our socials.

Yoshi: Are you sure about it?

Yoshi: However, we are and will continue to work on our own show on Twitch. Twice a week, Tuesdays and Fridays, we are streaming on our channel because we believe in this concept as a tool for the future, not only for the present. It’s a window to the world that has given us a lot of visibility too!

To keep up to date with everything Yoshi & Razner do in these upcoming months, you can follow their Instagram page here as well as their Twitch channel above. Be sure to also grab tickets for both Luminosity presents This Is Trance! at ADE here, and Dreamstate SoCal here.