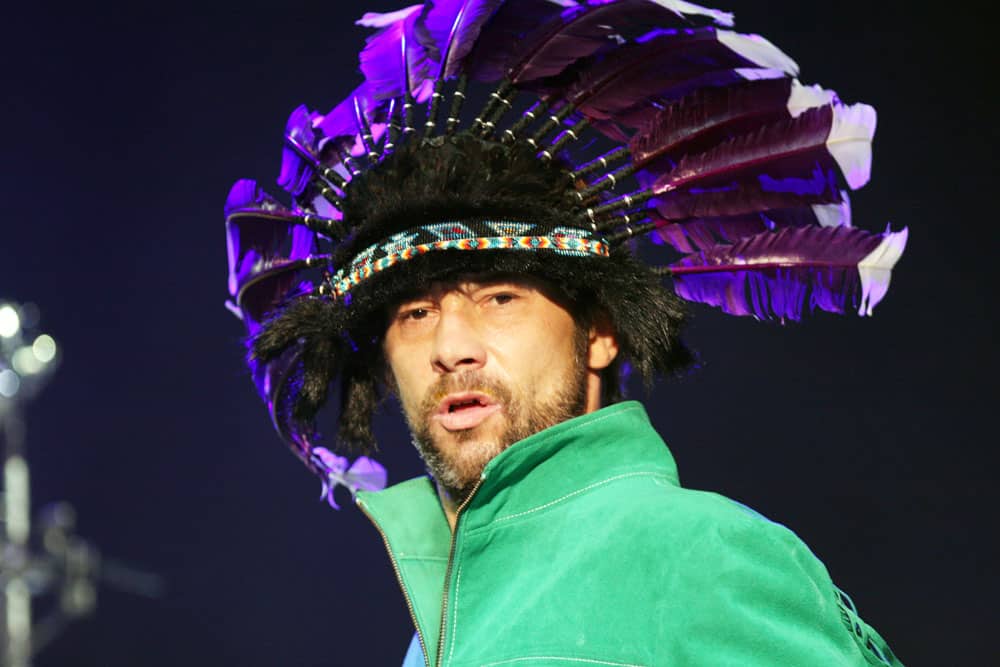 Some of the iconic Jamiroquai albums will receive wax copies in the coming months.

Jamiroquai is a name that immediately brings back nostalgia, classic dance moves and the bubbling spirit of the clubbing of yesteryear. The band has been part of the soundtrack of several generations with tunes that have managed to overcome the challenge of time. The most iconic singles are known and loved by many, arousing emotions whenever they play. Now, in celebration of their 30th anniversary, Jamiroquai have announced the reissue of a series of albums on vinyl, including your favourites.

Jamiroquai’s debut album ‘Emergency On Planet Earth‘ is the first to receive a vinyl reissue. Released in 1993, the album will receive its new wax copy on October 14, which marks National Album Day, dedicated to debut albums this year. This anniversary version of ‘Emergency On Planet Earth’ comes as a transparent coloured vinyl, with iconic liner notes by Jay Kay. Then follows the reissue of ‘A Funk Odyssey‘, which, like the debut album, reached number 1 in the UK. This 2001 album was the band’s fifth and will be reissued as a double LP on black vinyl on November 4. A little later, on November 11, the anniversary edition of the 2005 album ‘Dynamite‘ will come. Already in December, but still in time to be an option for a Christmas present will arrive the reissue of ‘High Times: Singles 1992-2006‘. Jamiroquai’s greatest-hits collection will be re-released in three formats on December 2. This will be the first time this album will receive a wax copy and will include ‘You Give Me Something‘ as an extra track.

This is the perfect opportunity to collect great vinyl classics and celebrate the iconic Jamiroquai’s career. All reissues are already available for pre-order here. While you wait a few more days for the reissue of their debut album, remember ‘Emergency On Planet Earth’ below: