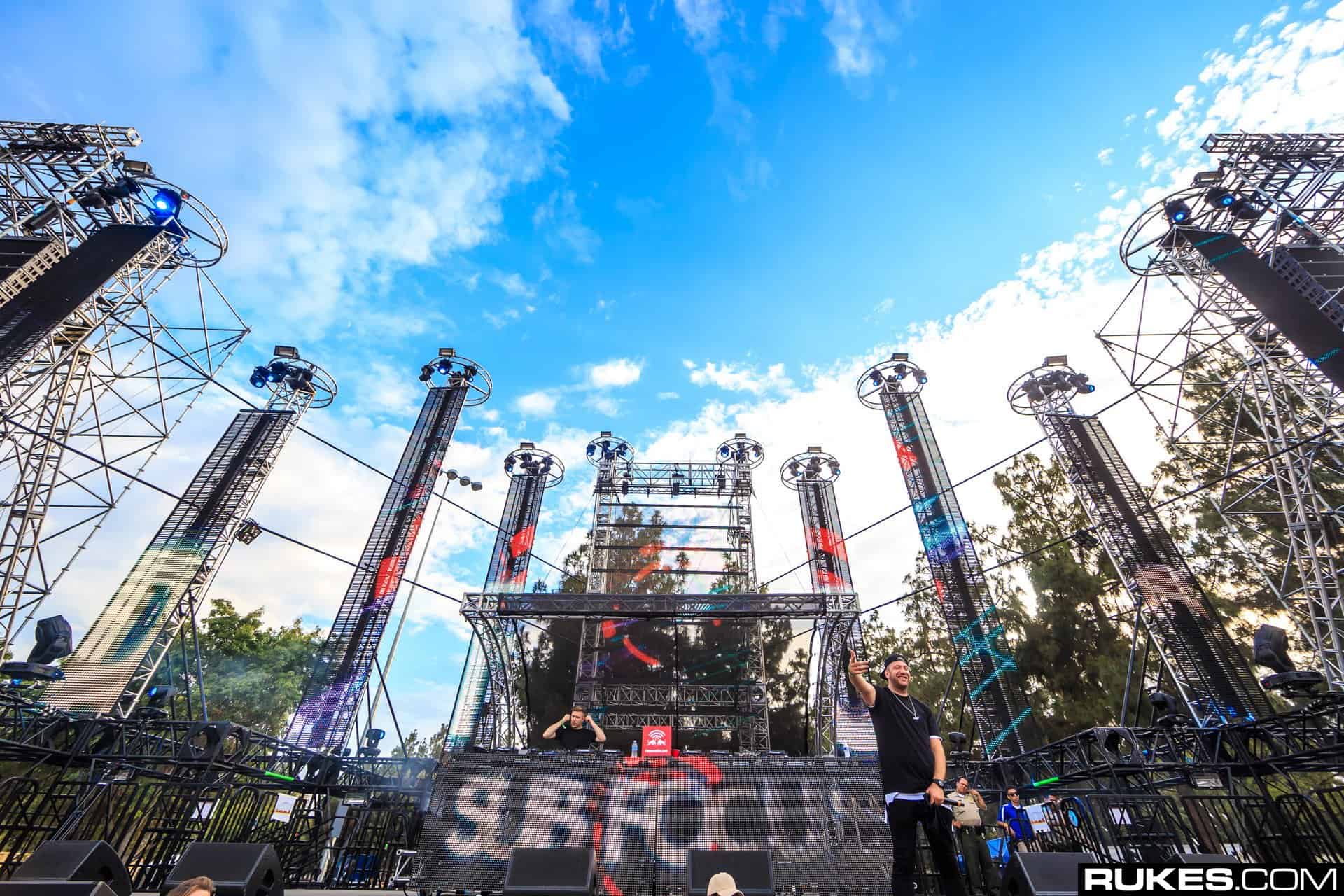 Four years since their first collaboration ‘Desire’, British producers Sub Focus and Dimension teamed up again to create a new track titled ‘Ready To Fly’, coming out this Friday.

Drum and bass fans have a true gem to look forward to this Friday, with legendary producer Sub Focus showing up once again on our release radar with fellow British producer Dimension to release ‘Ready To Fly’. The new track had its debut at Glastonbury this year, on the Arcadia Spider stage, where the duo held their spectacular b2b set. Two masters of the genre have once again already collided to create a loved hit ‘Desire’, which just recently went gold in the UK, so the expectations are high.

Sub Focus, the creator of tracks such as ‘Solar System’ and ‘Tidal Wave’ has had an eventful season of festivals to attend and perform on with his explosive sets, from debuting Circular Sound in New Zealand, to a fire set at Let It Roll in Czechia and going b2b with Zeds Dead as a world debut at Hardfest in California. This June he released his highly anticipated ID from his sets titled ‘Off The Ground’ which perfectly embodied his distinguishable sound that has put him among the most notable drum and bass producers of today.

Dimension wasn’t resting this year either, with his explosive sets reaching from being a support for NGHTMRE: INTO THE DRMVRSE at Red Rocks, to a performance at Creamfields in the UK and Hardfest and EDC in the United States. Fans in New Zealand will be especially lucky this New Years Eve with Dimension performing LIVE at Rhythm and Vines Festival, held every year on the last three days.

With the duo being an unstoppable force of the genre, the excitement over the new release is real. You can pre-save ‘Ready To Fly’ here to make sure you don’t miss out on it.