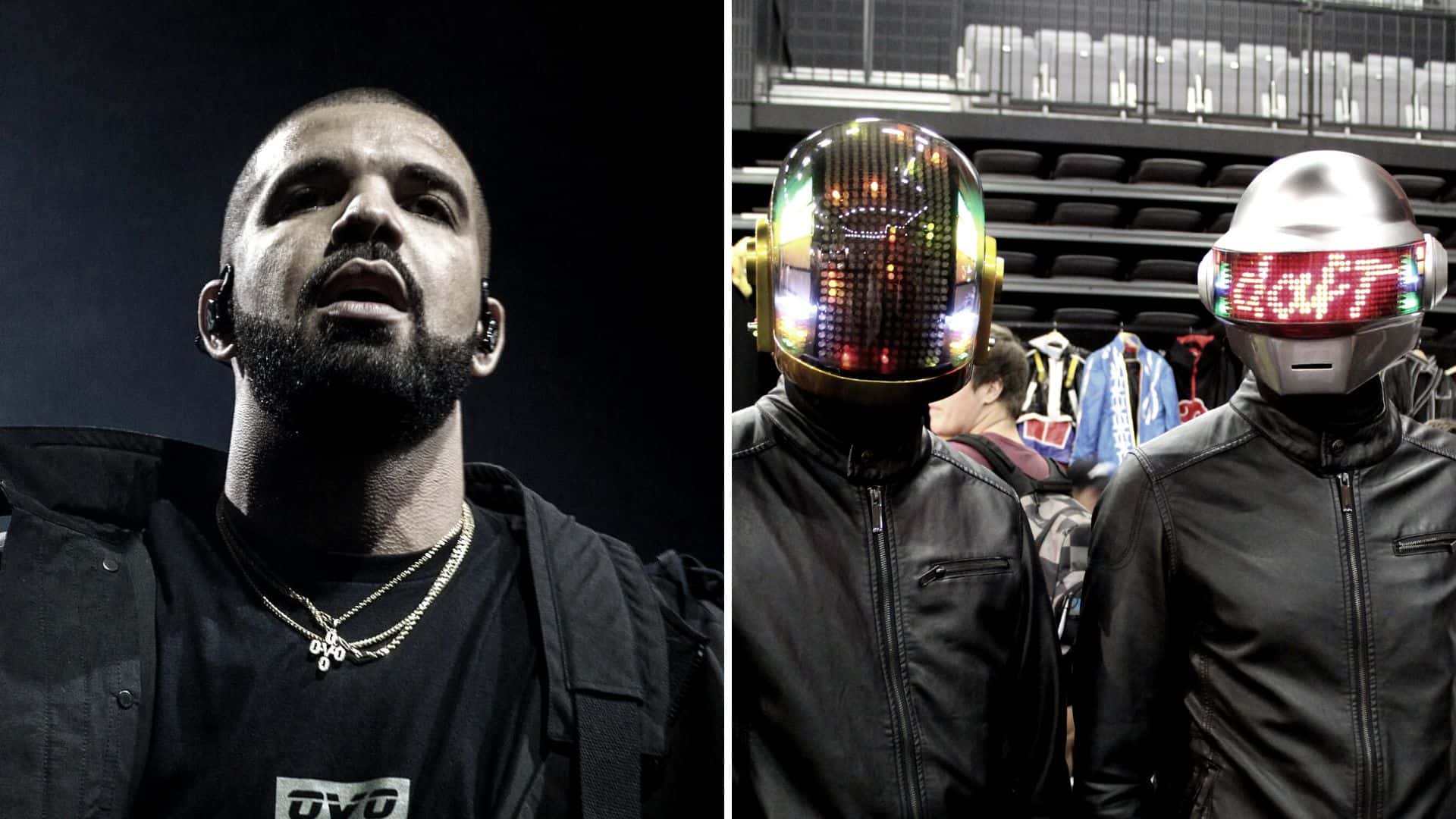 Drake and 21 Savage have been hyping up the release of their new joint effort, the 16 track album, Her Loss.  While such a massive venture doesn’t need any further hype to make an impact on the music industry, one track in particular has had the internet going crazy because of the infamous sample which makes up the beat and hook of the song.

While the world is still mourning the break up of Daft Punk, the legacy and impact they have on music and culture seems to only grow larger with every reissue, release of archival footage or sample of the robots legendary career.  The latest example of this comes from one of the hottest artists on the planet, Drake teams up with fellow rapper 21 Savage, to release a joint album and the two opt to utilize the iconic melodies and beat from Daft Punk’s 2000 mega hit, One More Time.  The track opens with the all too familiar rolling synths that introduce the original version 22 years ago before adding some trap influenced hi hats and the Champagne Papi himself coming in with the line, “I been blowing through the money like it grows on trees, I been f***ing on a French b*tch, cest la vie.”  Drake delivers his narrative through his usual cadence, but the energy and focus is clear as he looks to come back strong from the somewhat even delivery of his previous outing, Honestly, Nevermind.

After Drake sings the familiar refrain of, “One More Time,” 21 Savage comes in for a short verse, breaking up the track well and offering a solid contrast to the opening verse flow, before Drake returns to to sing the popular refrain from the original track.  It may not be the flip the world expected, but 22 years later, with Daft Punk no longer together, it feels like a fitting celebration for the track to receive new life from two superstar rappers who are clearly out to have a good time with this new album.