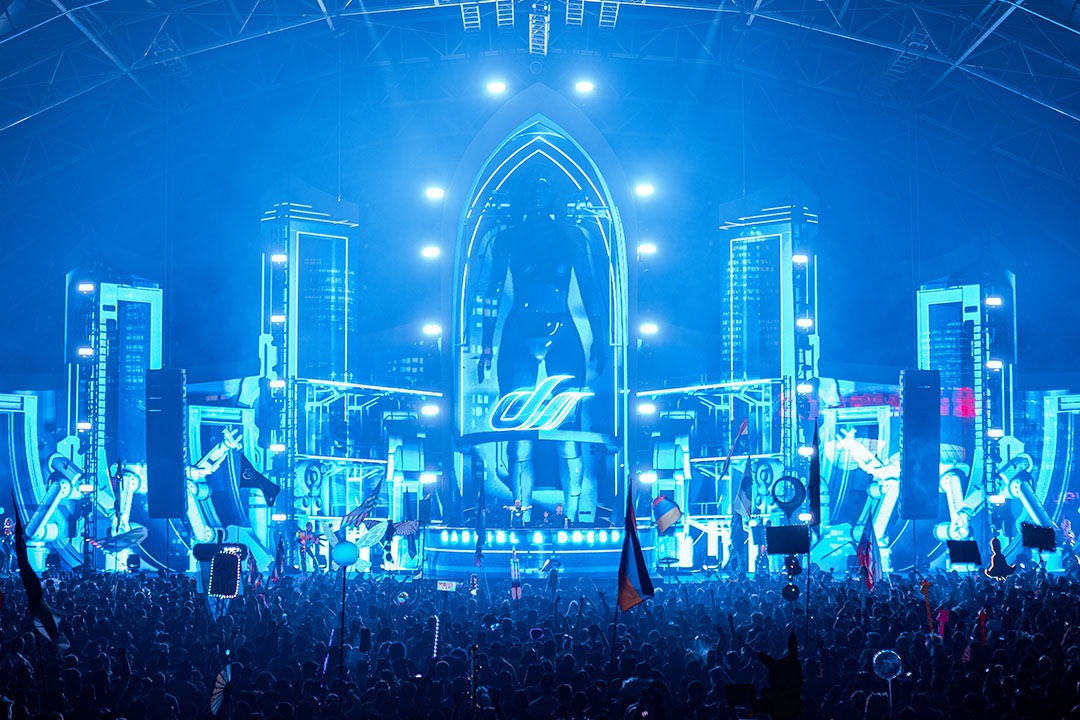 Dreamstate SoCal 2022: Artists to catch at this year’s festival

Southern California’s trance music destination is fast approaching! To build the anticipation even further, we’ve picked out four acts you don’t want to miss out on during this year’s edition of Dreamstate SoCal.

Only a couple of days remain until the sixth edition of Insomniac’s Dreamstate SoCal kicks off! Encompassed by an uplifting atmosphere full of transcending melodies, attendees look forward to reaching a higher state of consciousness at the NOS Events Center in San Bernardino, California on November 17-19. With quality talents such as Vini Vici, Blastoyz, Ilan Bluestone, Marlo and Paul Oakenfold playing at Dreamstate SoCal 2022 this year, there’s surely a set that will be a memorable one. Still deciding on which trance artists to catch this year? Here are some of our top must-sees at the show!

Having last performed at the festival in 2017 as both Armin van Buuren and his GAIA alias with Benno de Goeij, the GRAMMY-nominated Dutch producer will once again bring everyone in the crowd into A Dream-State Of Trance. Having hosted the A State Of Trance 1000 Festival in Los Angeles earlier this year, as well as releasing two of his three-part ‘Feel Again’ albums, the ASOT boss has been busy all year round. Expect a set full of trance music and multiple BPMs as Armin plays some of his own tracks, as well as tracks from rising ASOT artists. 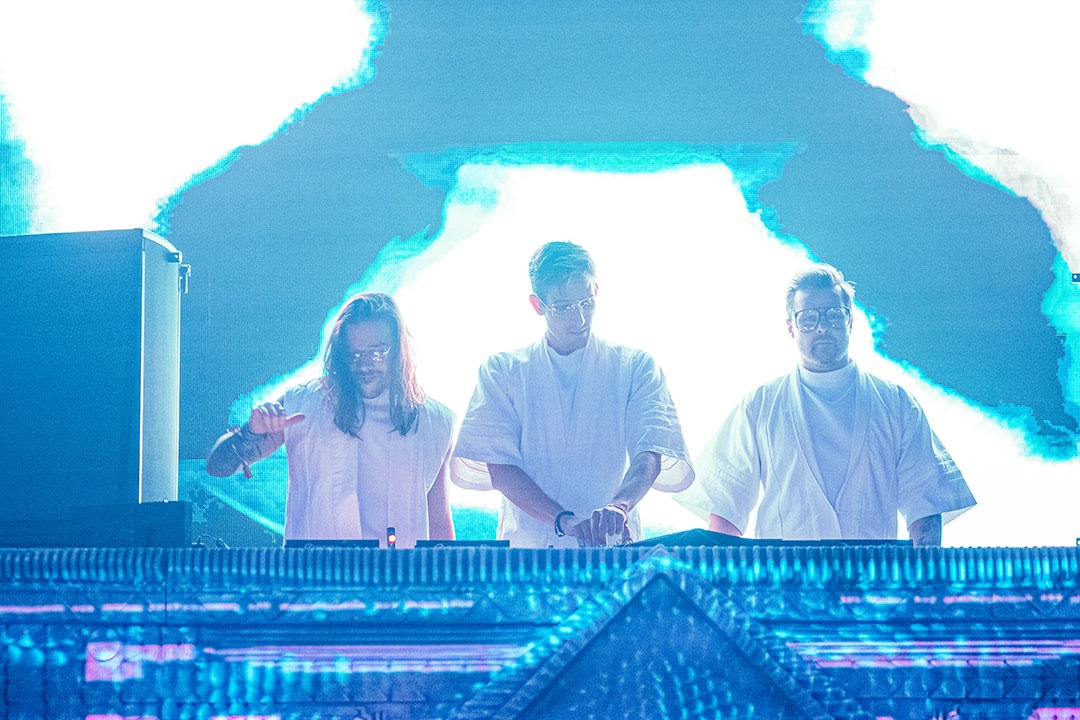 Get ready for some heavy psytrance as the Abraxis Institute brings another lecture to Dreamstate SoCal. Compromised of melodic bass producer Seven Lions and psytrance duo Dimibo, Abraxis look to shine some light on the darker side of trance music. Abraxis don’t play together often, so this is definitely a must-see set for the weekend. Expect to be blown away as they play their exhilarating tracks such as ‘Night Rider,’ ‘Old Gods,’ and many more.

Paul van Dyk is set to make his fifth Dreamstate SoCal appearance this year. The German producer/DJ has been busy all year round releasing tracks such as ‘But Not Tonight’ with Christian Burns, ‘Artefact’ with Fuenka, his remix of Illenium’s ‘From The Ashes,’ and his Stranger Things instrumental tribute collaboration with Alex M.O.R.P.H, ‘Hawkins Square.’ The legendary artist’s sets are always full of energy and uplifting vibes, so make sure to catch his performance if you want to get into a higher state of transcendence. 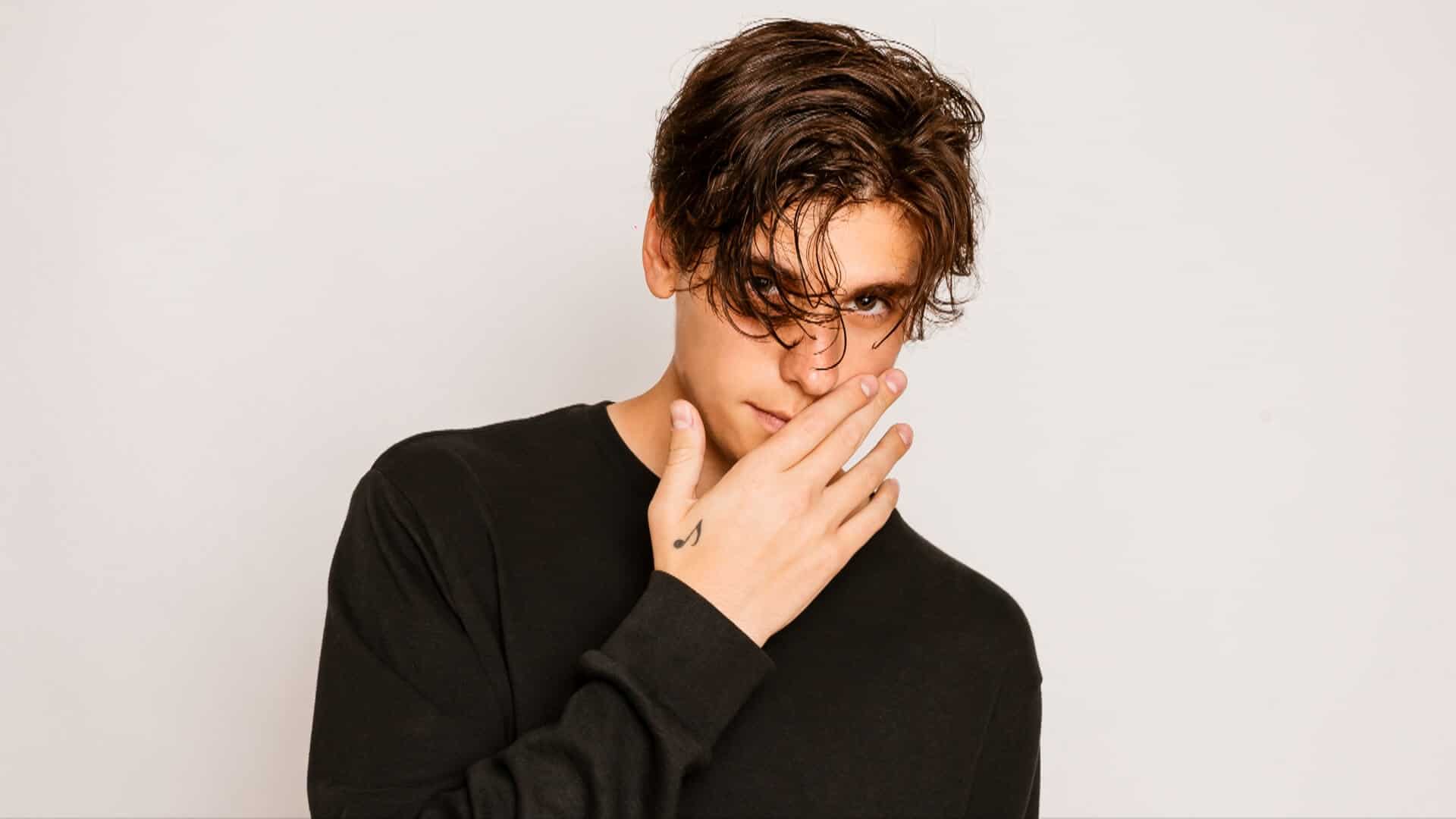 Nathaniel “Nate” Rathbun, better known as GRAMMY-nominated DJ/producer Audien, is set to make his second Dreamstate SoCal appearance this year. The progressive house producer is best known for his 2014 remix of Bastille’s ‘Pompeii,’ his 2015 track ‘Something Better’ featuring Lady Antebellum and his 2016 track ‘Crazy Love.’ He is known to make some special appearances at trance events such as Anjunabeats’ New York City event earlier this June and at A State of Trance 650 Utrecht in 2014, but not so often. Expect a very fun and super energetic set as the American producer adds another rare and special trance set under his belt.

Which artist are you most excited to see at Dreamstate Socal 2022? You can view the lineup and set times down below or on Dreamstate’s Instagram page. Let us know your thoughts! Tickets for the festival can be bought here. 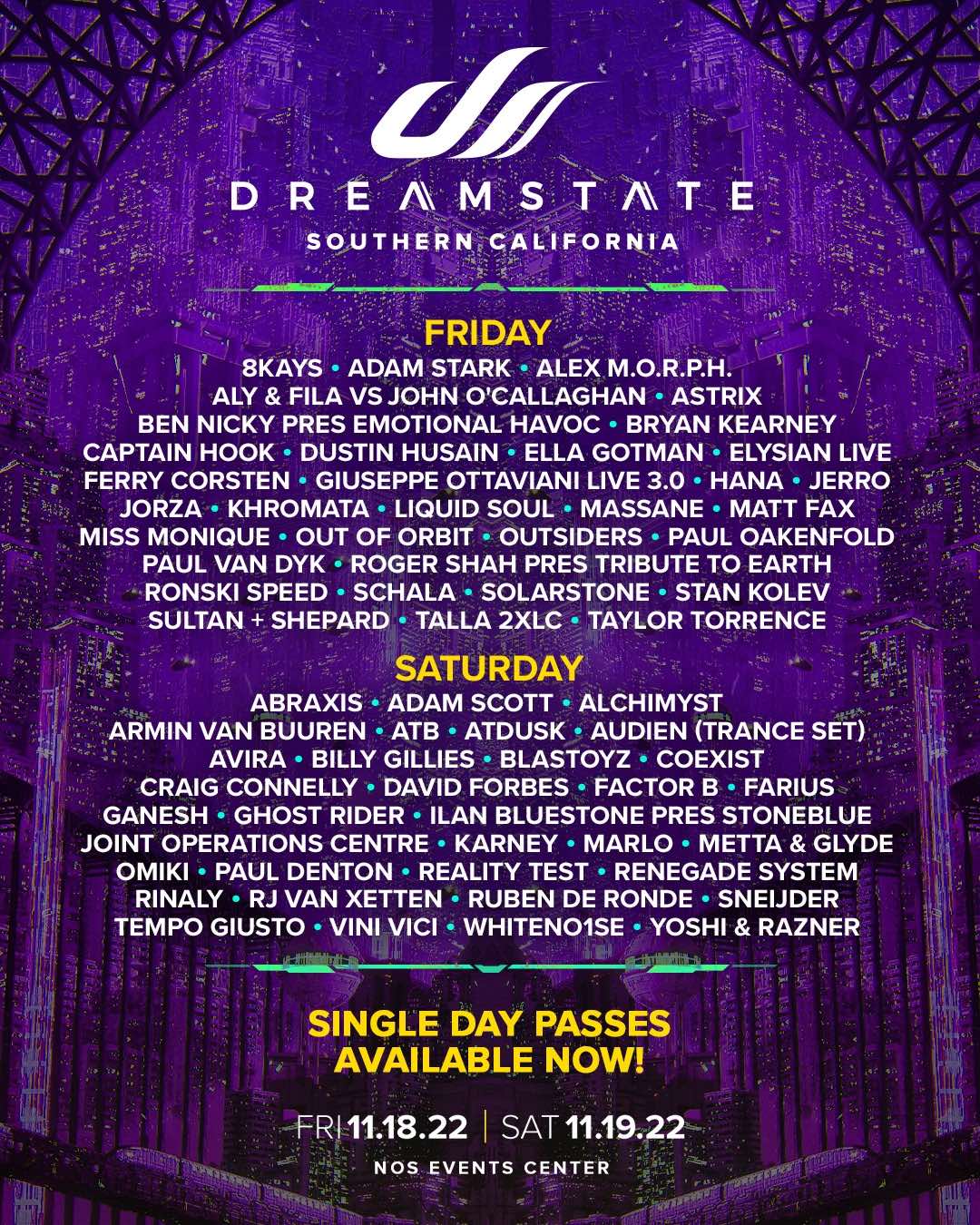