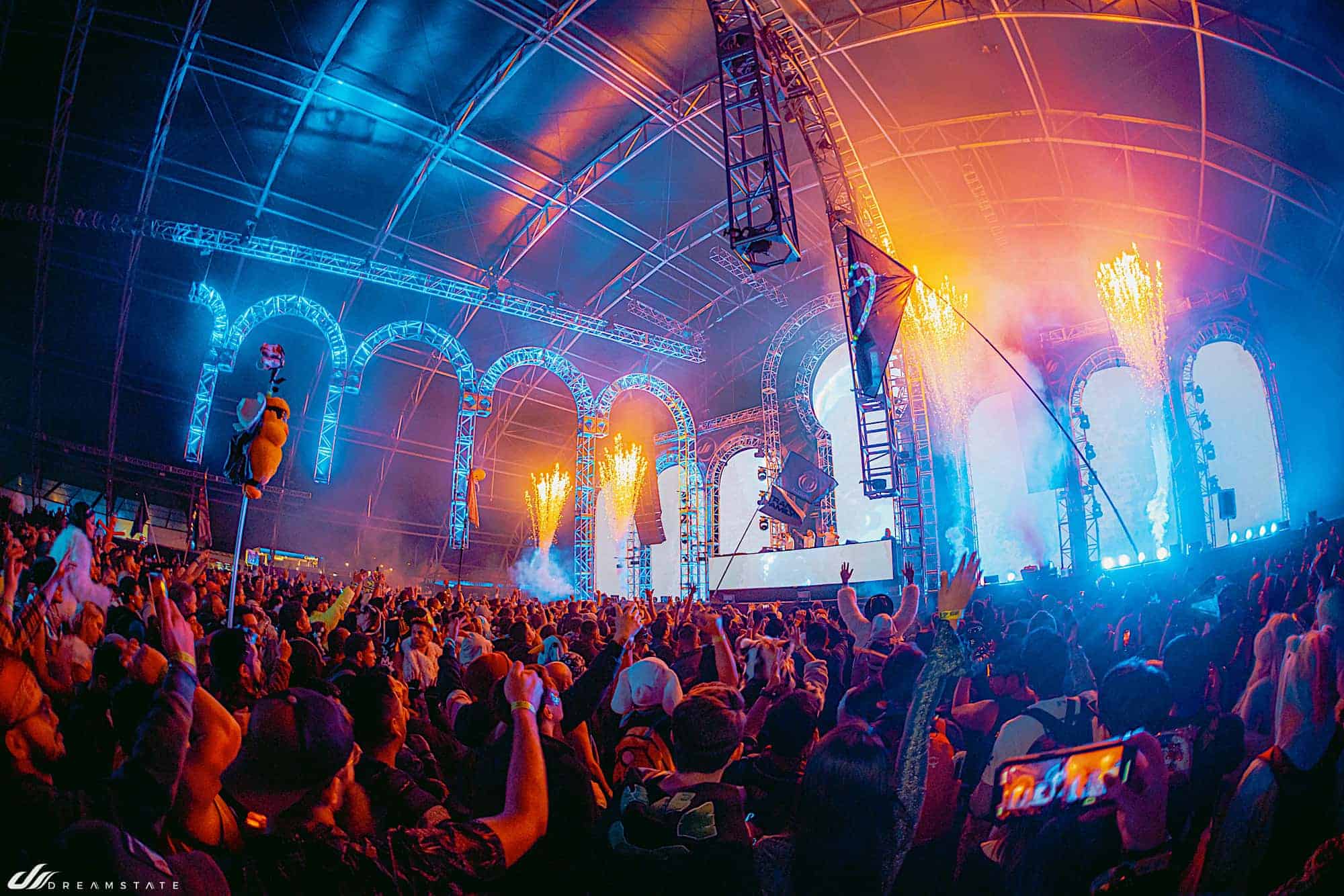 In 2015, Insomniac began a tradition of bringing the trance community together on Thanksgiving weekend for a trance music-only festival. Although the last couple of editions have been held on the weekend before Thanksgiving, many still dub Dreamstate weekend as #TrancegivingWeekend. Dreamers who attend this annual event flock in the thousands to San Bernardino, California seeking trance music heaven where they can catch some of their favorite artists such as Armin van Buuren, Abraxis, Ilan Bluestone, Paul Oakenfold, and many more. With such a packed artist lineup, Insomniac’s signature stage production/festival atmosphere and an incredible community of people, a fantastic festival experience is more than imminent. Read on as we dive into the highlights of Dreamstate SoCal 2022! 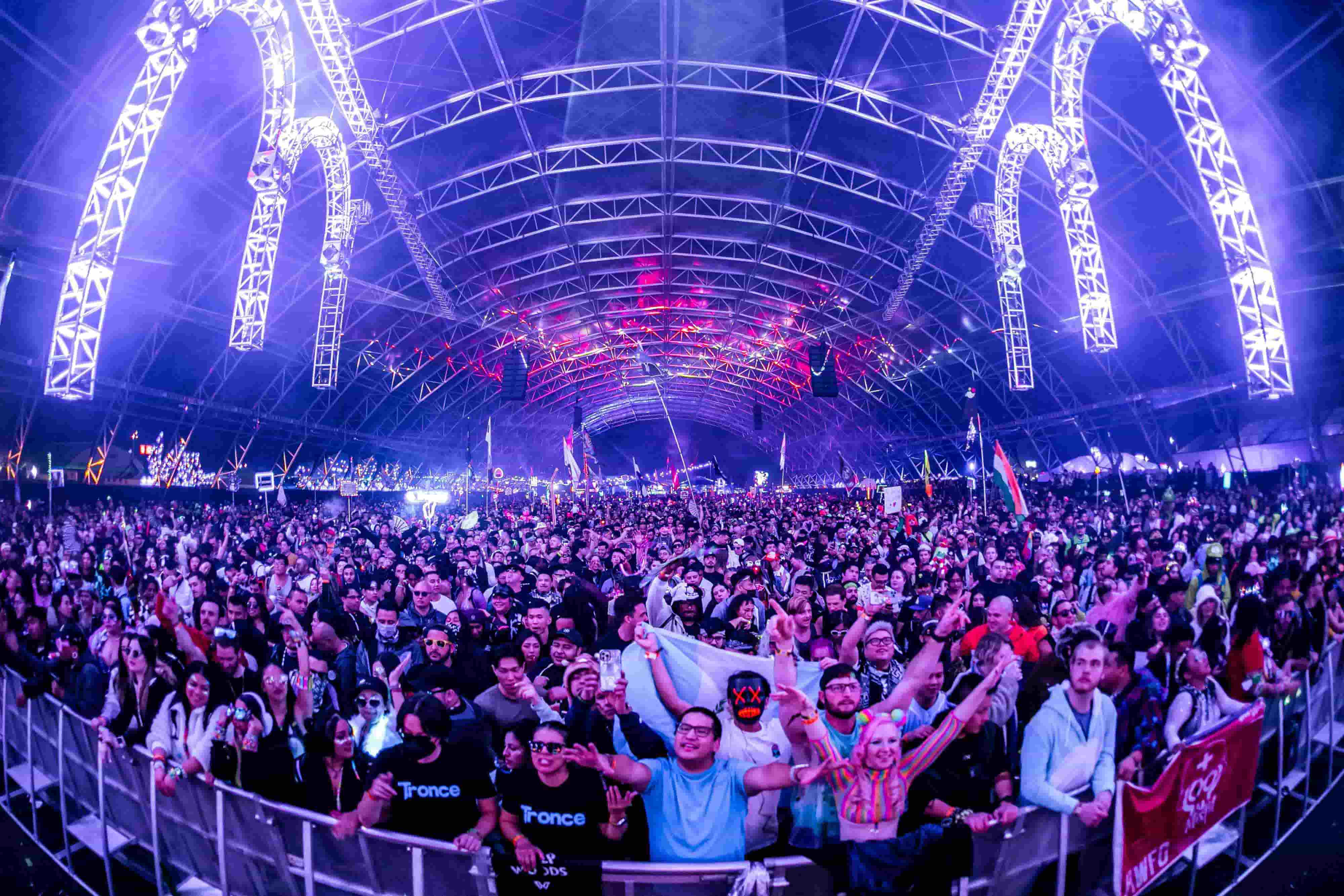 Artist sets we loved and still remember to this day

Day one was a perfect way to start off the weekend with performances from 8Keys, Ben Nicky, Bryan Kearney, Paul Oakenfold, Khromata, Taylor Torrance and many more. Two artists that stood out on day one were trance legends (and Dreamstate regulars) Paul van Dyk and Ferry Corsten. Paul van Dyk tapped into the darker side of uplifting trance music, something that made for a very energetic and refreshing set from his usual brighter, uplifting sets. His signature live setup added to making his performance very special as he mixed and looped tracks, and also played some melodic chords from time to time. 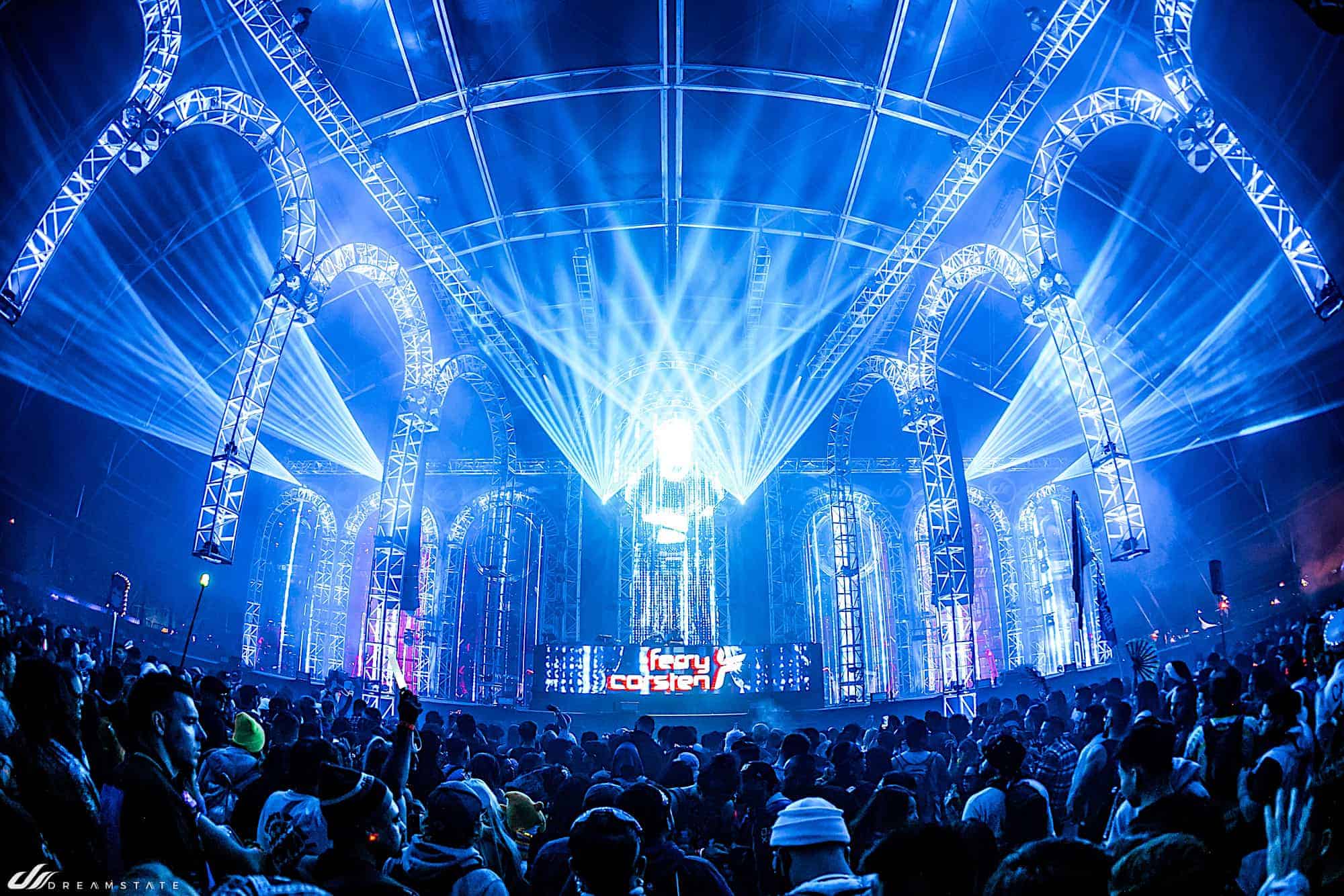 Ferry Corsten also played a different set from usual as he showcased his new artist progression, tapping into melodic techno tunes, as well as progressive house tunes such as MR.BLACK’s remix of Anyma’s ‘Consciousness’ and ARTBAT’s ‘Flame.’ Both artists displayed that they can keep up with current trends and can provide something new and refreshing while still incorporating elements from their roots. 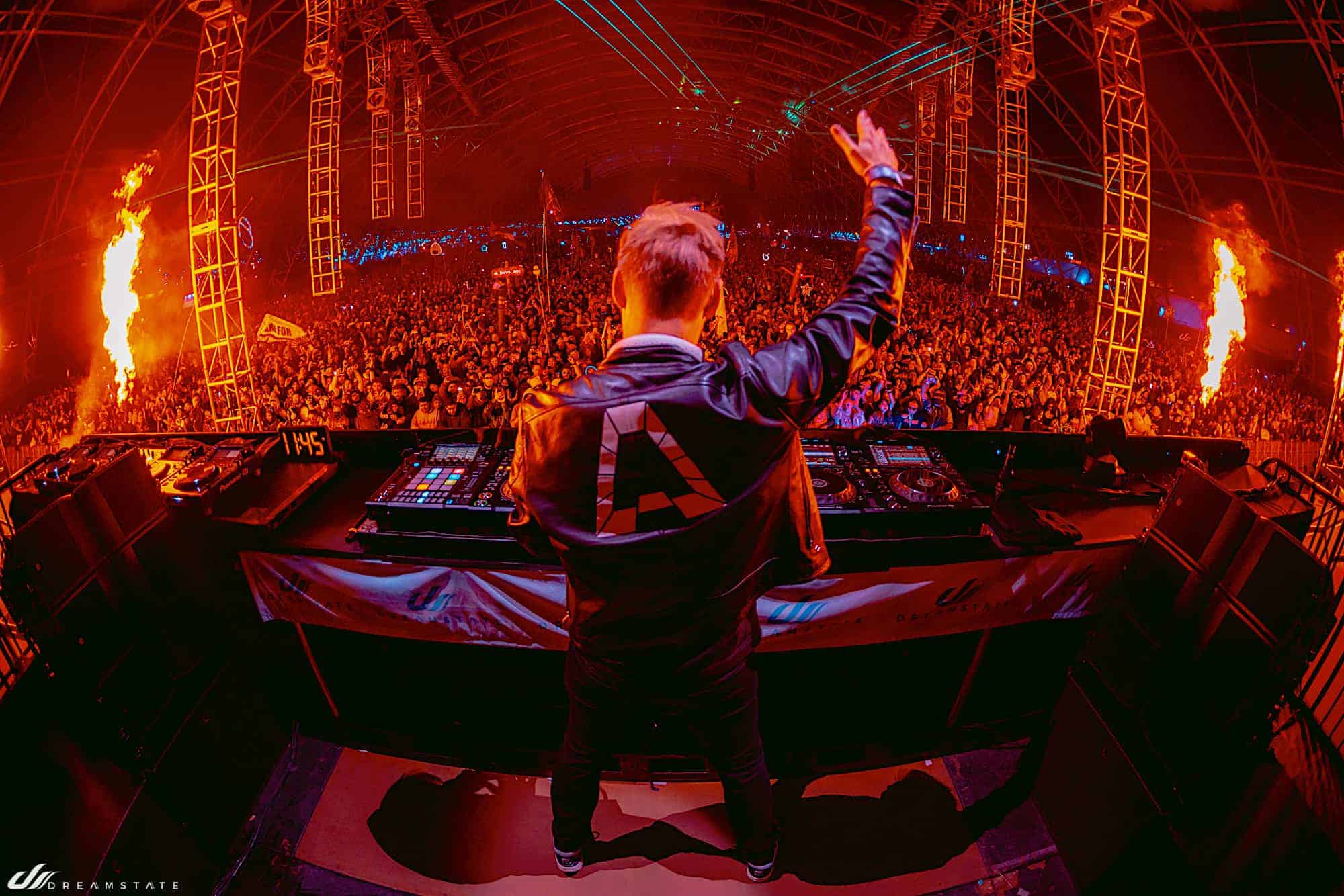 Day two also had many great sets from artists such as Audien, Sneijder, Vini Vici, ATB, David Forbes and more. Two artists that really brought their all from start to finish were no other than Dutch producer/DJ Armin van Buuren and Abraxis (DJ trio composed of psytrance duo Dimibo and melodic pass artist Seven Lions). Armin van Buuren’s set was probably one of the weekend’s most anticipated sets, and one could feel this as The Dream stage began to fill up very quickly. The trance legend brought a very dynamic performance as he played tracks such as David Guetta & MORTEN’s future rave track ‘Juno,’ Avao’s ‘Text Me,’ his club mix of ‘Come Around Again’ with Billen Ted ft. JC Stewart and his ASOT 1000 anthem ‘Turn The World Into A Dancefloor.’ Armin seemingly transitioned from 128 BPM to 138 BPM and brought even more energy into the mix as he played uplifting trance, psytrance and even some techno tracks such as Allen Watt’s ‘Dynamo,’ his track ‘Superman’ with Blasterjaxx feat. 24HR and Maddix’s remix of his track ‘This Is What It Feels Like’ with Trevor Guthrie.

Up next on The Dream stage was Abraxis, who brought the festival to a close in the best way possible with an insane psytrance performance. Their energy was felt by the thousands as they hyped each other up on stage while playing their tracks such as ‘Half of It,’ ‘Black Rainbow’ and countless unreleased IDs such as their remixes of Depeche Mode’s ‘Enjoy the Silence’ and Cher’s ‘Believe.’ The transition from Armin’s set to Abraxis’ set was very well thought out and really did bring energy levels to an all-time high that was appreciated by the Dreamers in attendance. 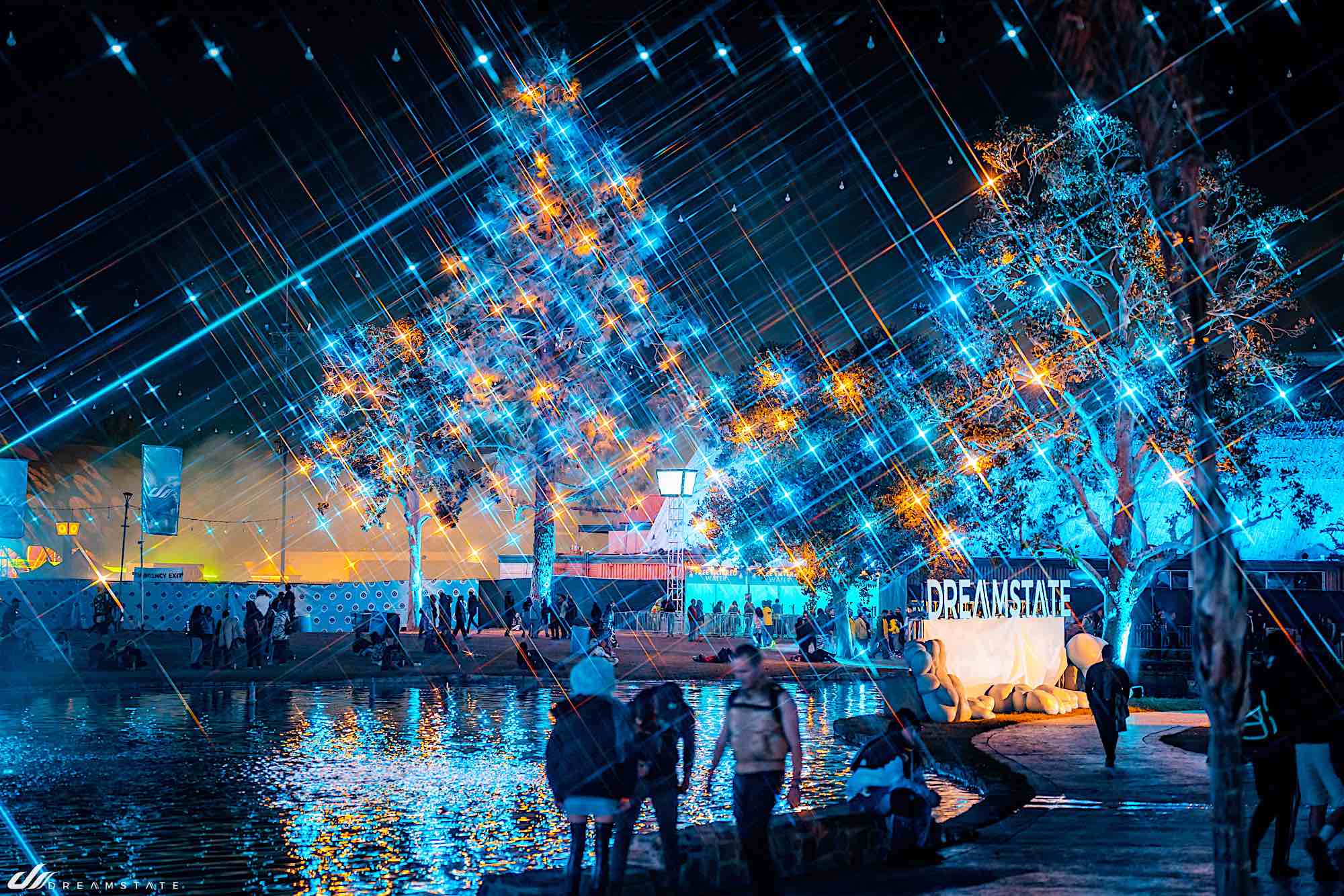 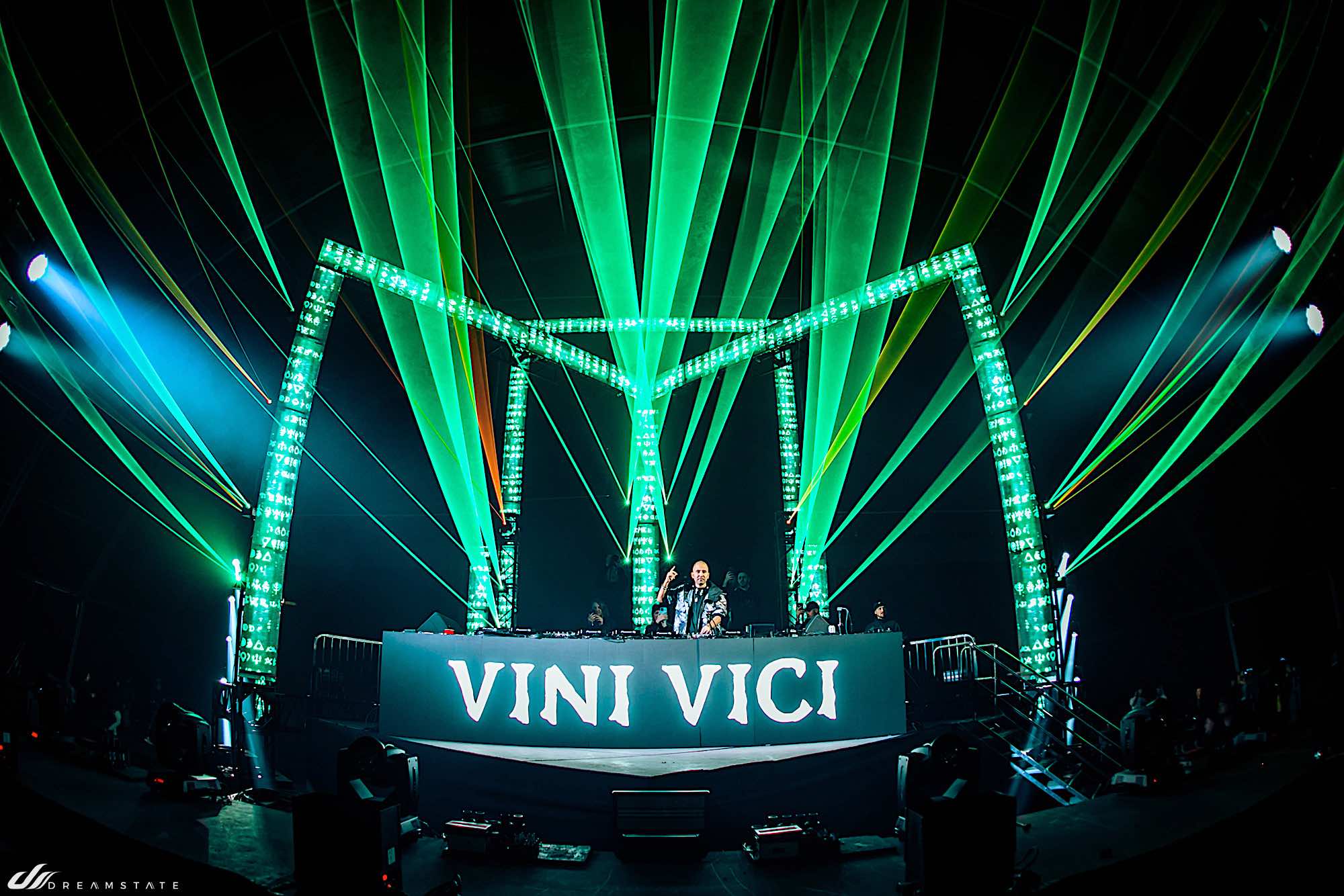 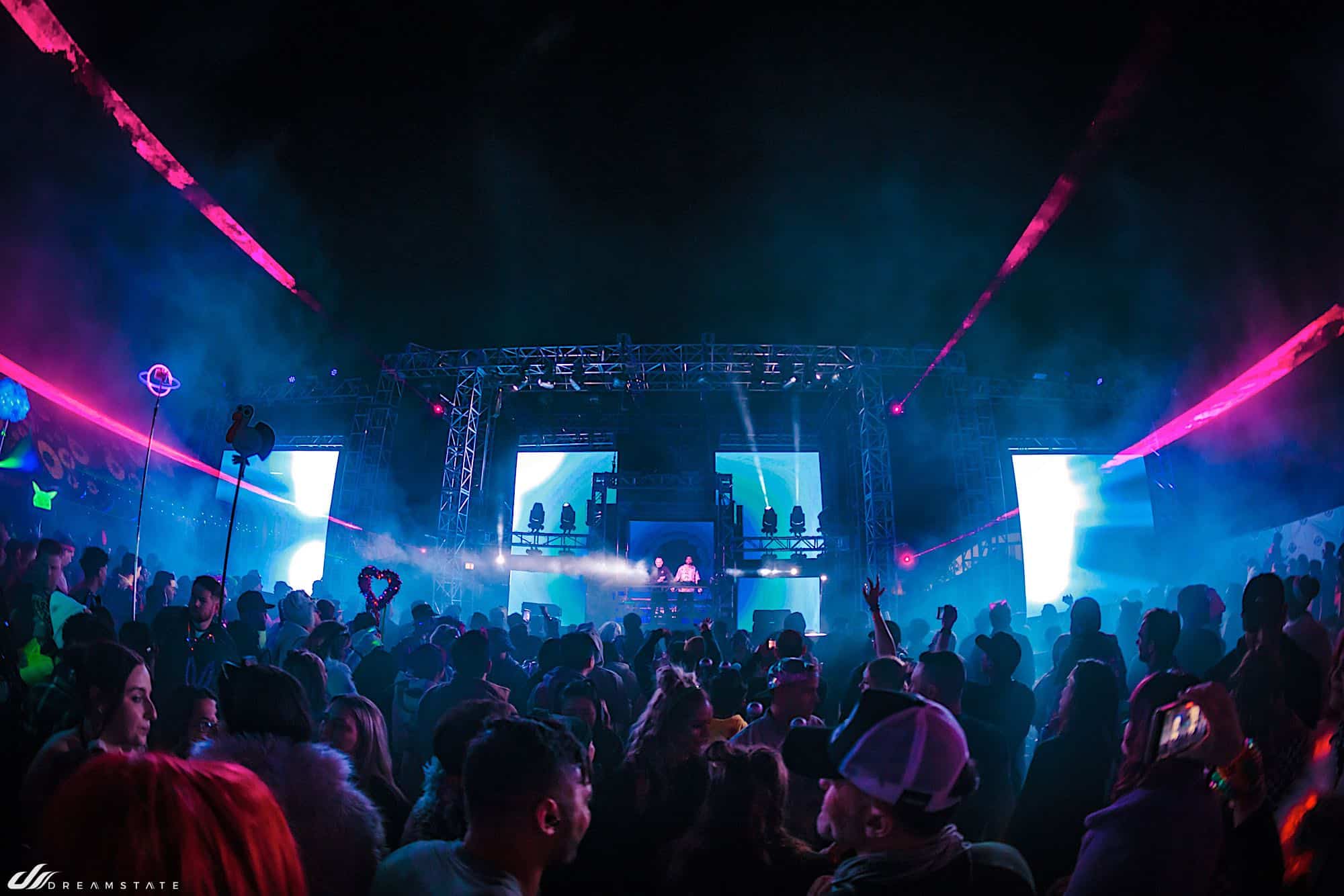 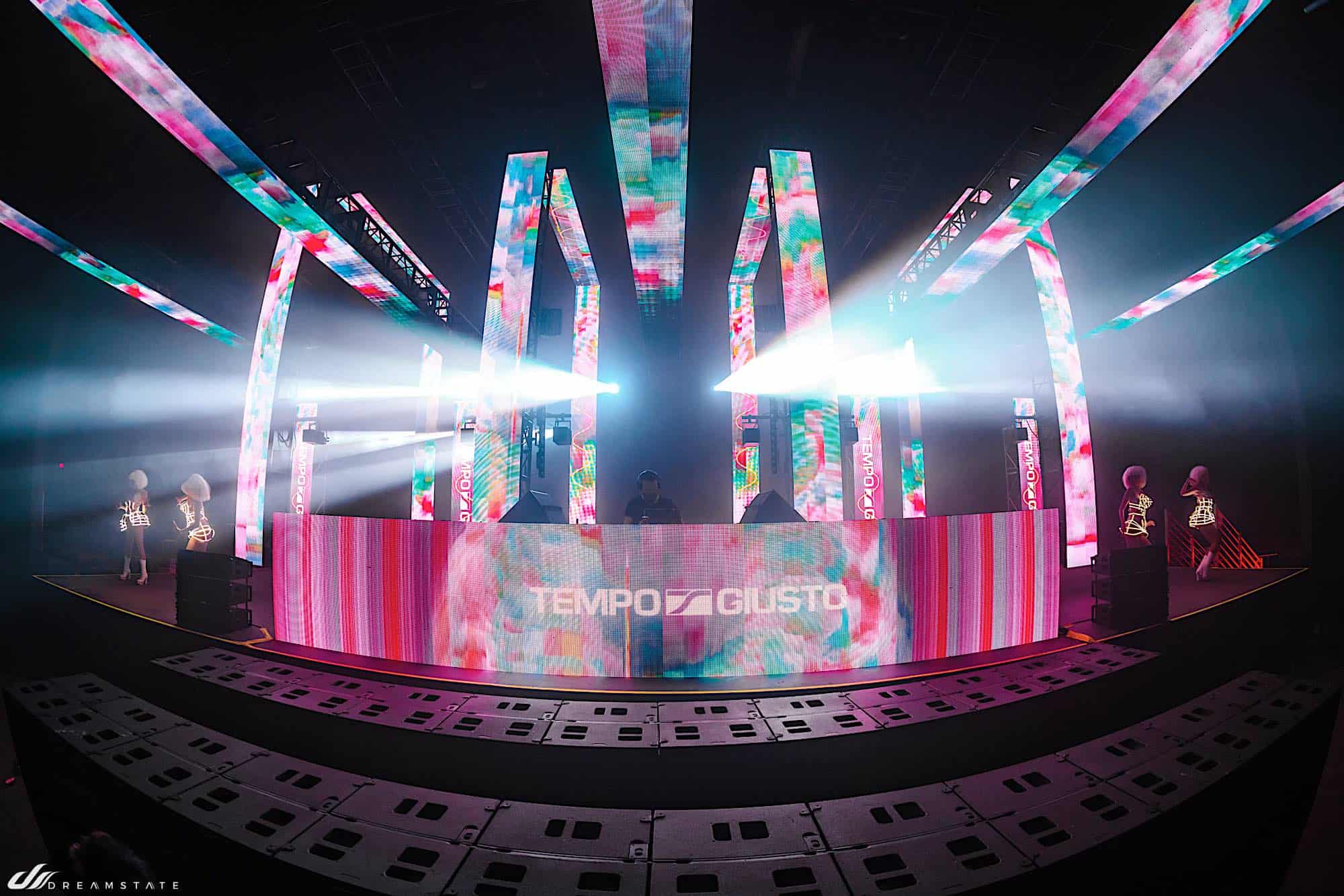 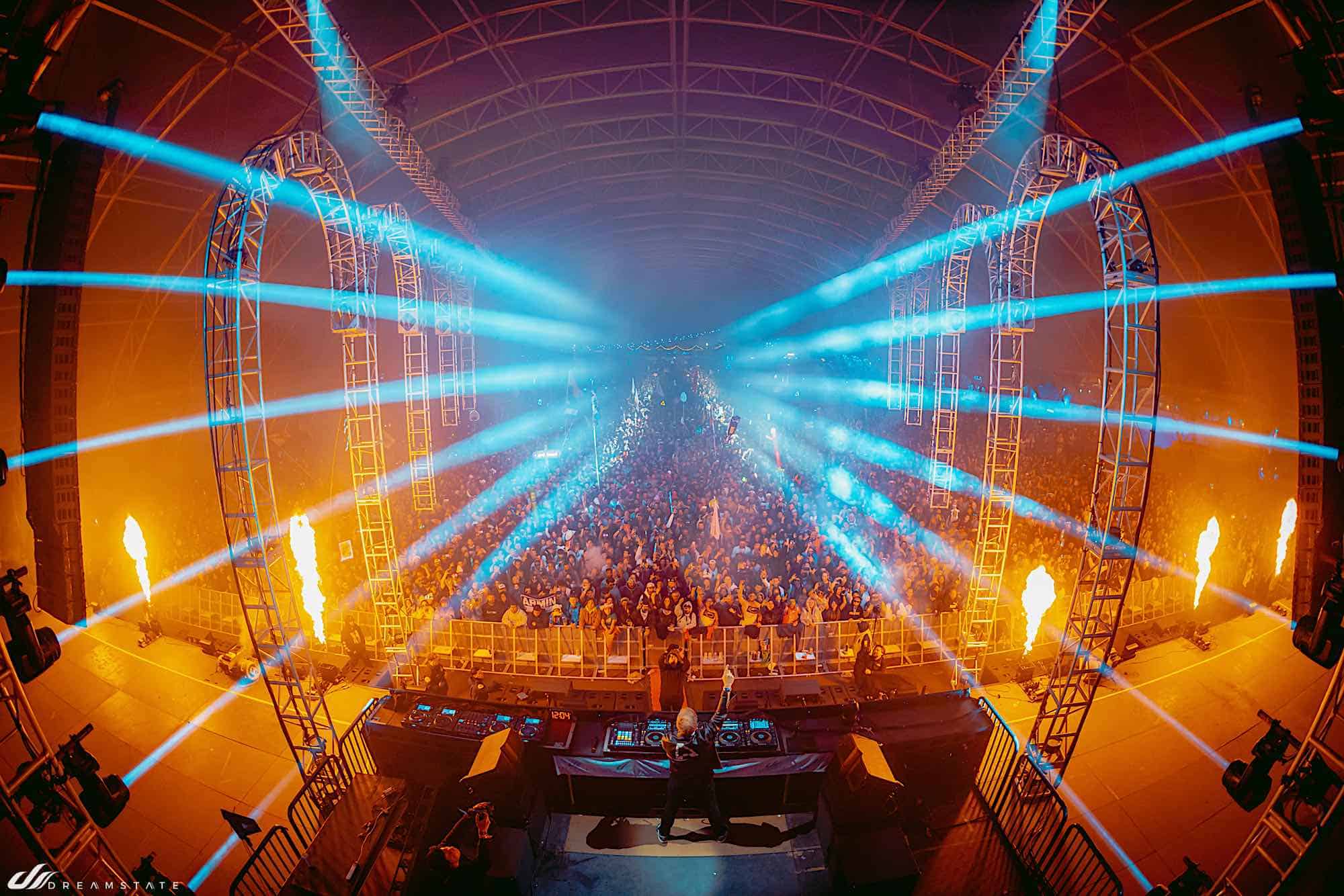 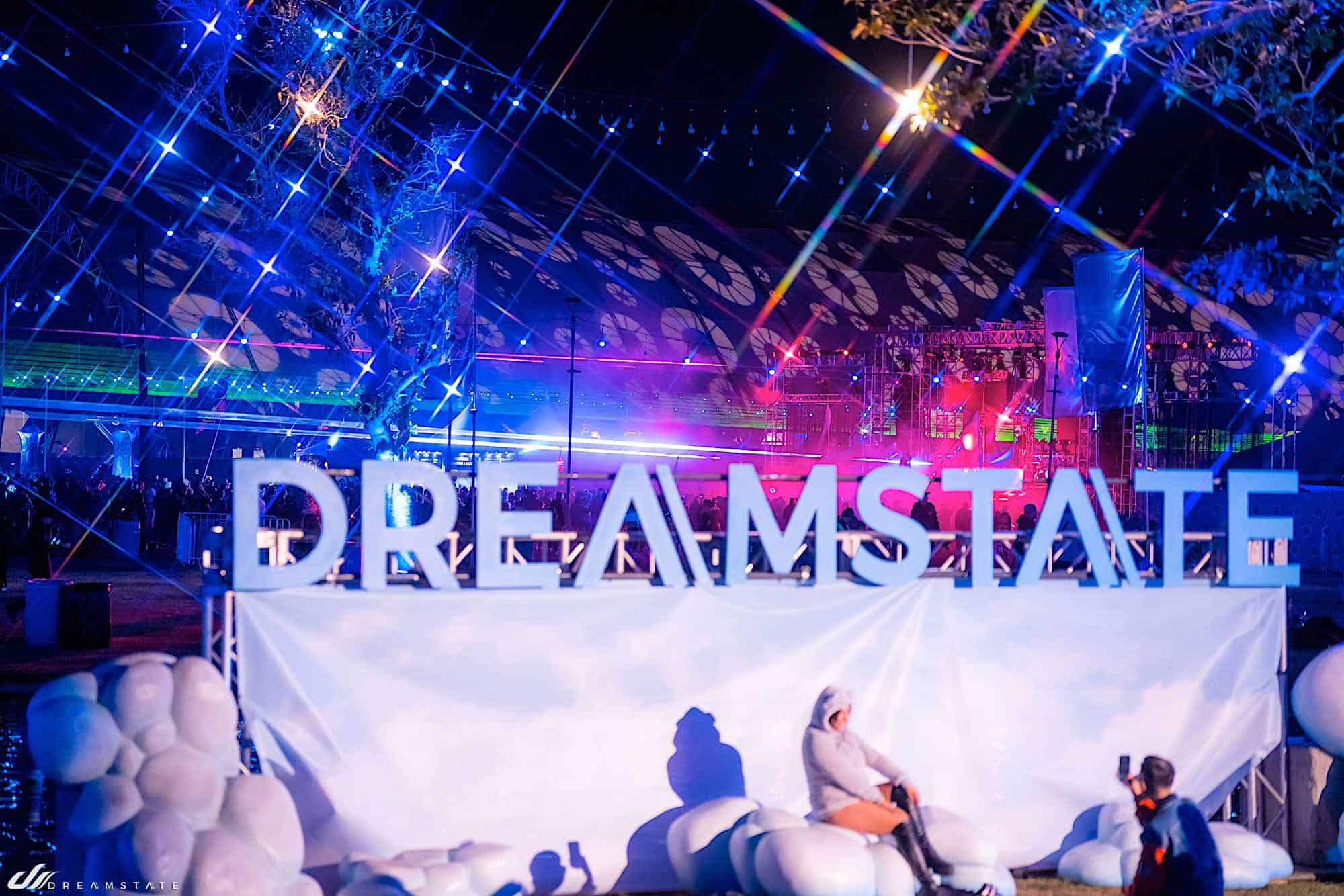 The NOS Events Center was transformed into a trance music realm for the Dreamstate SoCal 2022 as the festival grounds were brought to life with various shades of blue, purple and bright orange lighting, Dreamstate-branded photo-op structures spread out across the venue and well-spaced out stages with minimal sound bleed. The stage production was truly made for trance music with no shortage of lasers, LED panels and flood lights. The Sequence stage definitely had more lasers than anything as it hosted the more psychedelic side of trance music artists such as Astrix, Reality Test, Liquid Soul and more. The Void stage saw an upgrade this year as it was placed in the center of the festival, had larger LED panels and was also significantly louder.

The Vision stage remained pretty immersive like previous years, captivating attendees in the closed enclosure as artists such as Ilan Bluestone, Tempo Gusto, Solarstone and Alex M.O.R.P.H. brought contagious energy during their sets. The Dream stage was the larger of all stages and had a cathedral-like feeling with the placement of the LED walls, flood lights and hanging structures. Although it was probably the best stage of the weekend, it did feel a bit scaled-back compared to the last two years, which saw the stage with more LED walls, higher structures and components that would move throughout artist sets. 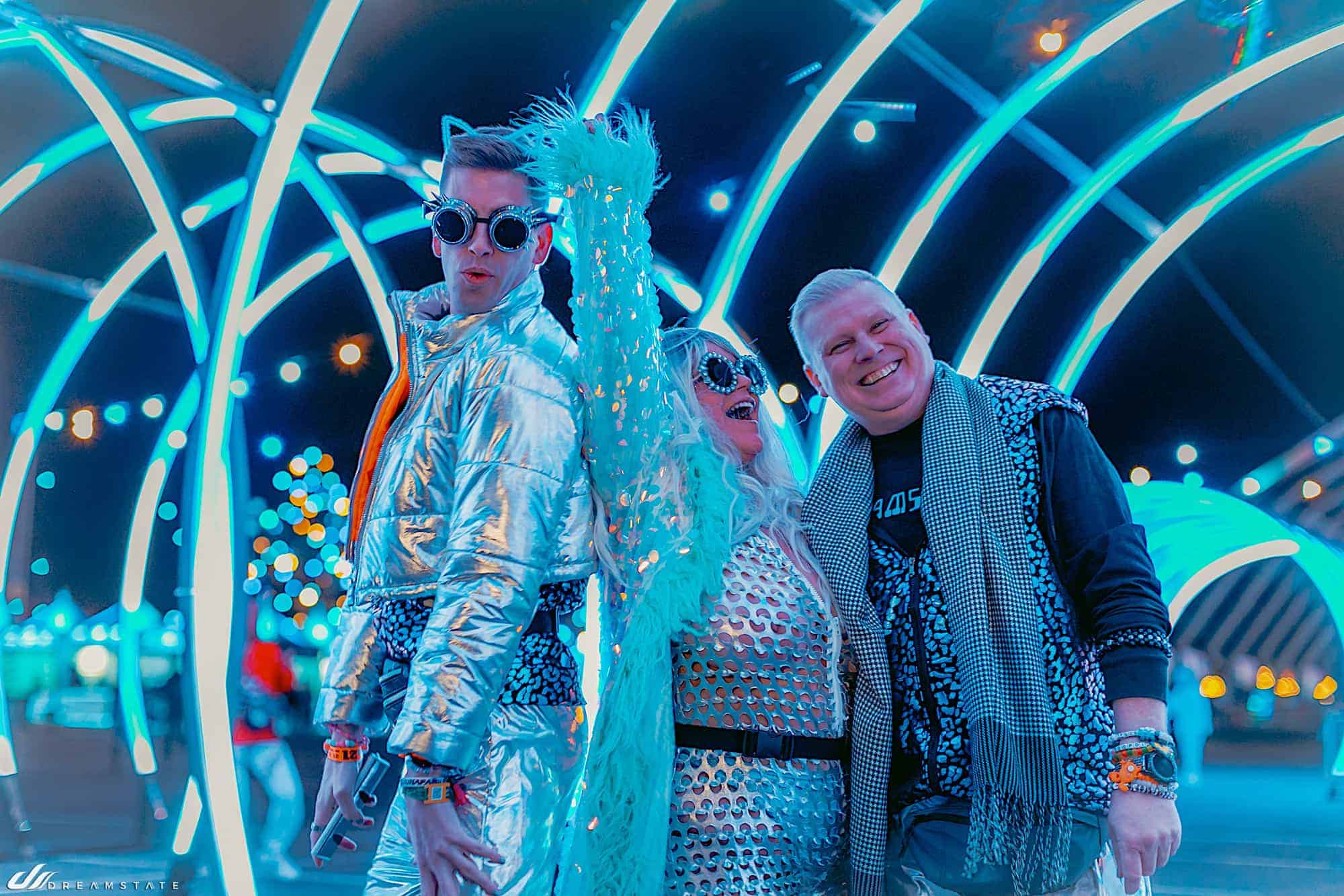 Something very special about Dreamstate SoCal 2022 aside from the production is the energy and good vibes that the crowd brings with them. The trance community tends to be very mature and respectful of one another, resulting in a lot of personal space even at the front of the stages, as well as opportunities to make new connections and friends. Smiles and positive emotions are seen and felt all throughout as everyone becomes united for their love of trance music. Dreamstate is a rather young Insomniac brand, but it has already gained enormous recognition that keeps people from all age groups and from all around the world returning for their annual “Trancegiving” weekend. Dreamstate SoCal is definitely a must-go festival if you consider yourself a trance music enthusiast.