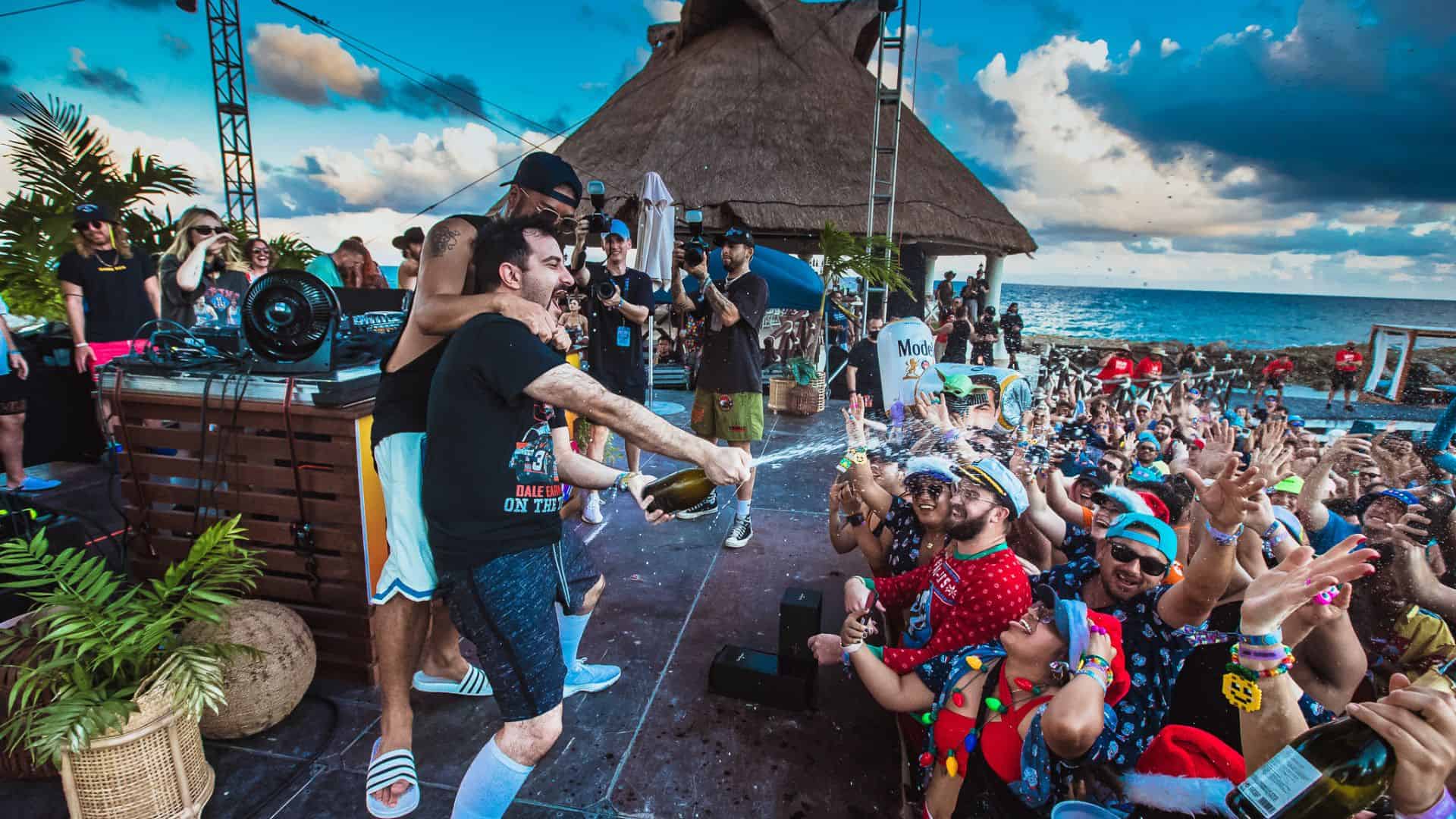 There’s been something special about the Holy Ship! brand ever since the festival debuted back in 2012. Maybe it’s the flawless amenities and crystal clear Caribbean waters; maybe, it’s the world-class artists and vibrant, buoyant partying. No matter which part you find to be your favorite, the festival has been making unforgettable memories for a decade now, and not just for the fans in the crowd but also for those that grace the stage. With only a month out from Holy Ship! Wrecked 2022, here are some of the favorite moments and experiences this year’s artists have had from previous editions! 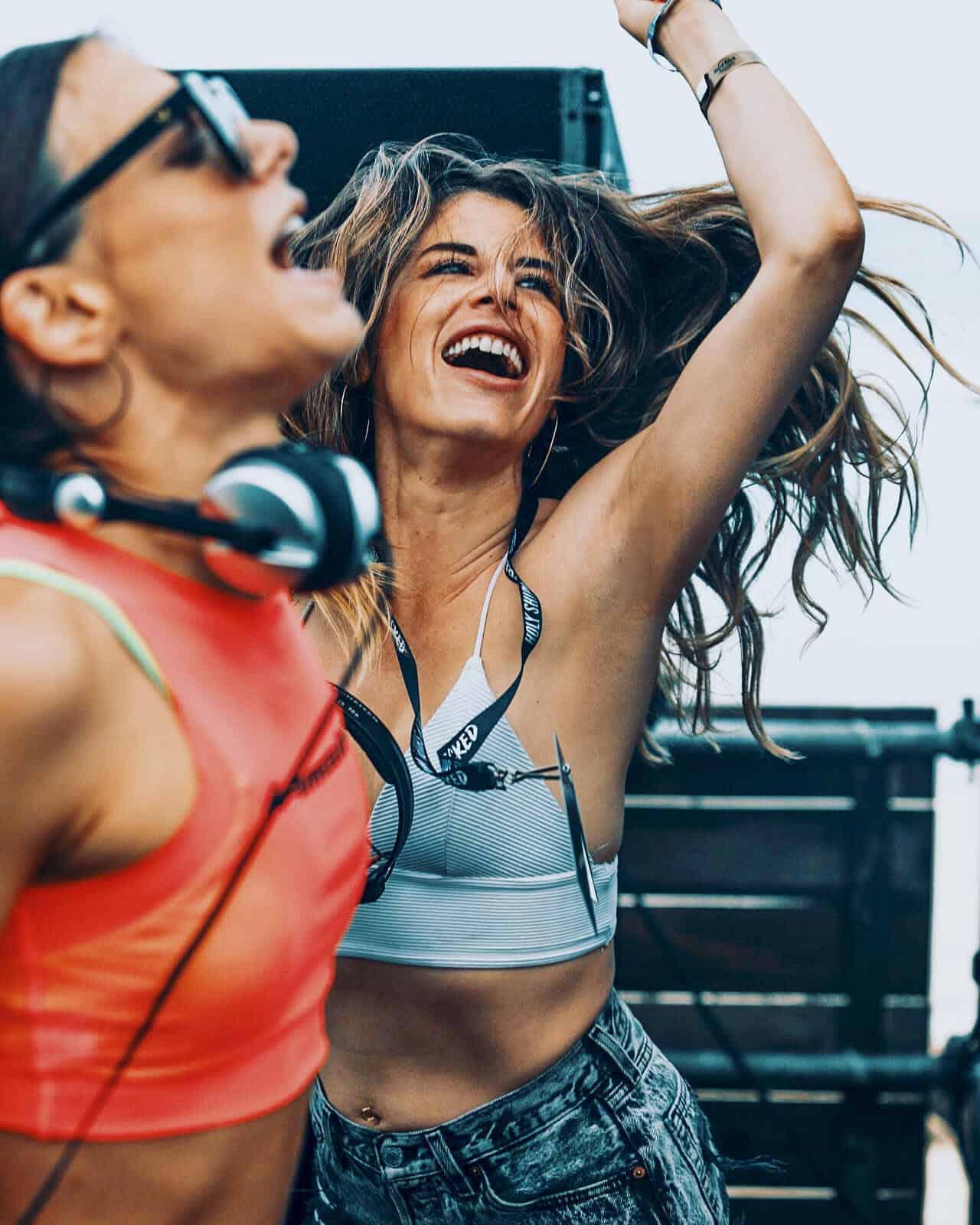 The two sisters hailing from Atlantic City will be making their return to Holy Ship! Wrecked for the first time since 2020. Between their hilarious personalities and immaculate house mixes, these two know how to have a good time. One could even argue one of their strongest DJ qualities is being able to play a set wherever, whenever.

“This photo is from our first year at Holy Ship. Thinking about that time we had a bathroom rave in our suite with our “Vibe Killers” playlist; we dropped “Mambo No. 5” and everyone went nuts. You probably have questions and you can feel free to ask.” 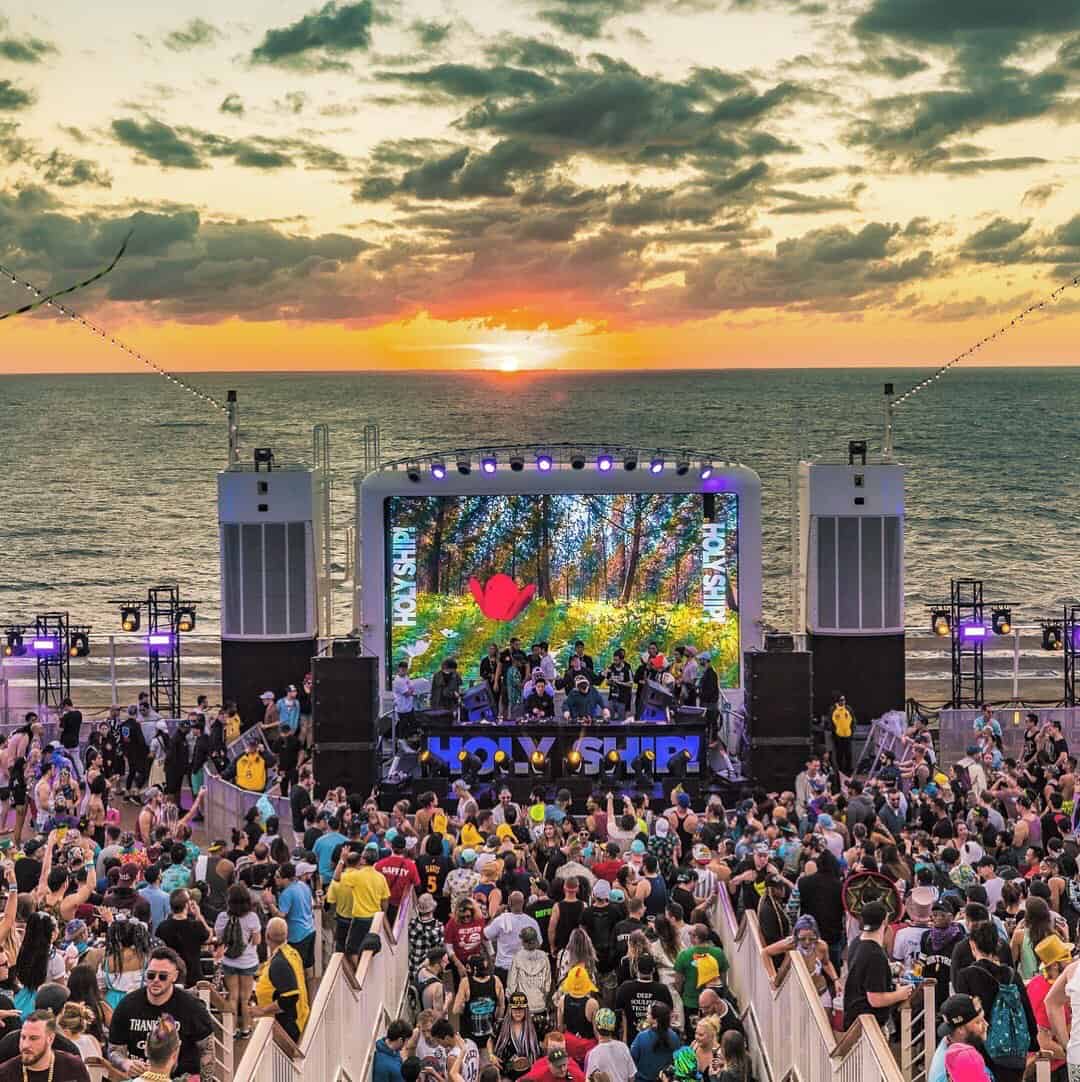 Louis The Child at Holy Ship!

As one of the most anticipated acts of this year’s edition, these two best friends are no strangers to stopping the show when it’s their time to take over the decks. They also are known to bring many special guests on stage during their performances. So if you ultimately decide to be in the crowd during their Holy Ship! Wrecked set, expect once-in-a-lifetime b2bs.

“Our first Holy Ship! we played was in 2017 and we were scheduled to play a few sets.  Once we were there we recognized how down all the artists were to play with each other and decided to make our last set a huge b2b. Throughout the day as we ran into artists we’d ask if they were down to come and be a part of it. In the end we had Jai Wolf, Big Gigantic, Manila Killa, Ghastly, and Slander all playing with us. It’s unexpected stuff like that which makes [Holy Ship! Wrecked] so special” 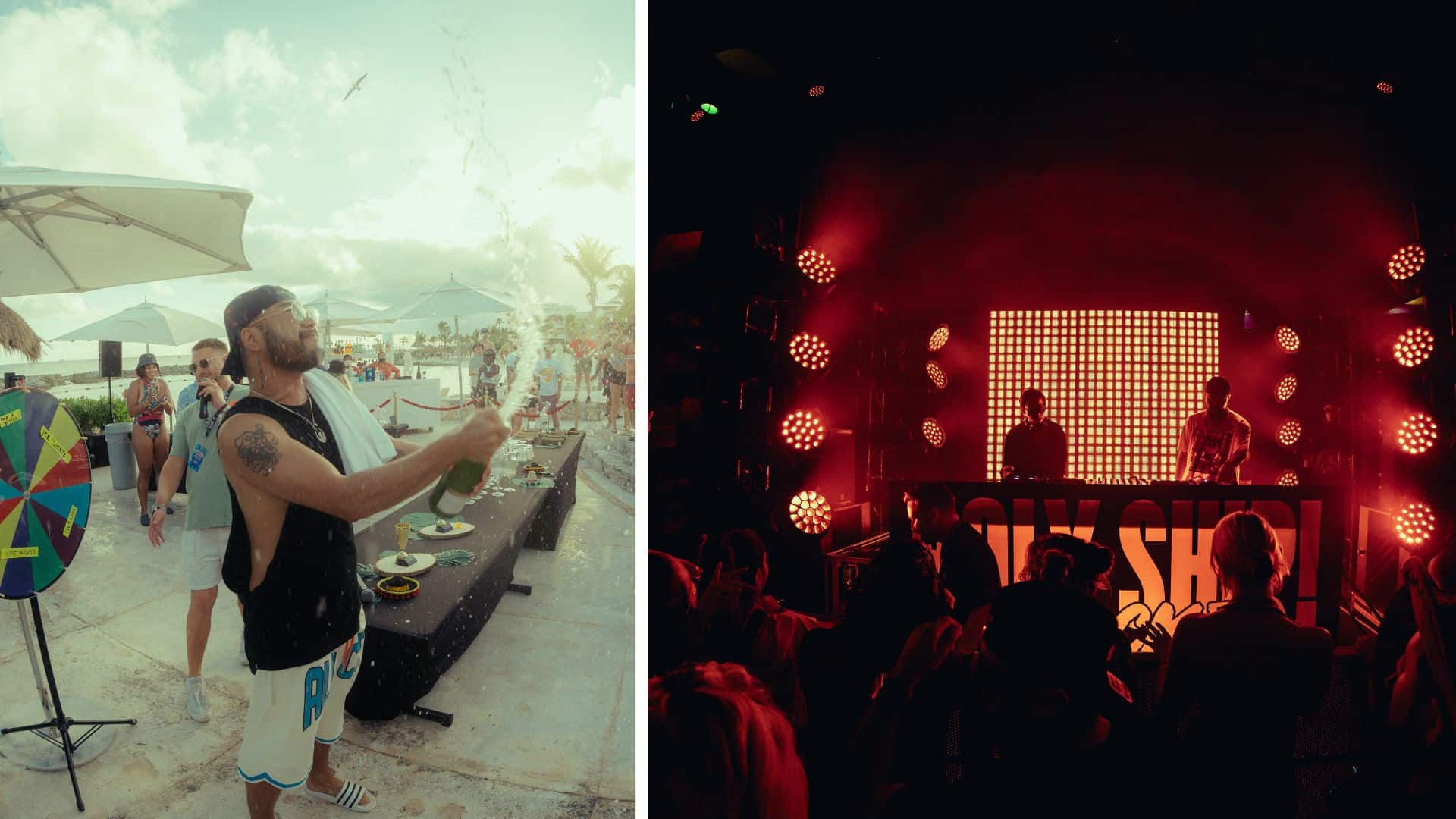 The versatile Australia-born artist has had an incredibly strong 2022 campaign so far and will be looking to close the chapter as Holy Ship! Wrecked will be one of his final events of the year. And as one of the more popular acts on the lineup, the G-House icon knows better than most that this festival produces unforgettable moments both in and out of the DJ booth.

“Most favorable moments would have to be the mixology contest and closing night. Noizu and I had to judge participants’ drinks which was tons of fun yet extremely difficult. On closing night, Zhu and I decided to combine our sets and go b2b for the first time ever.” 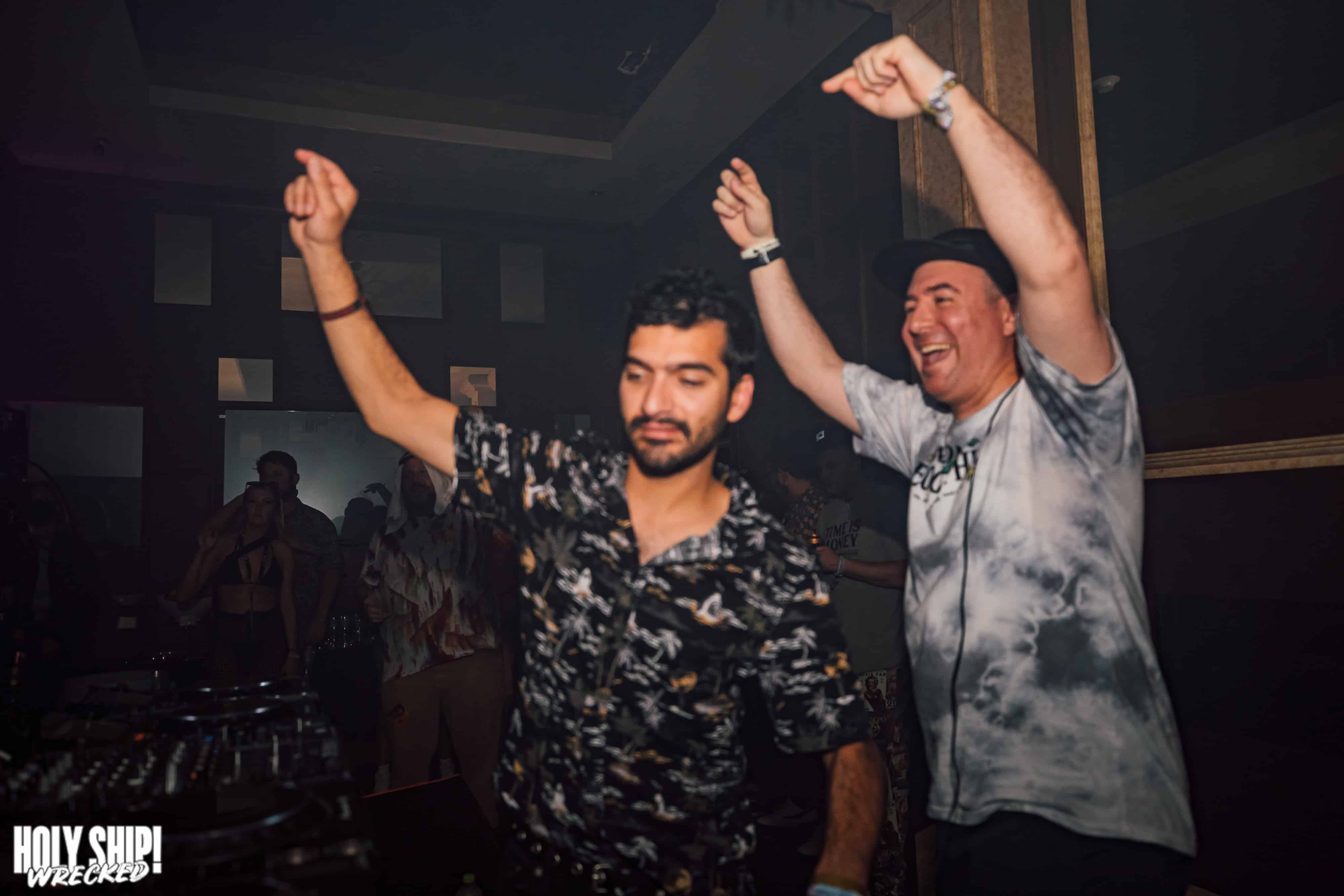 Ardalan continues to rise through the ranks as one of the can’t-miss acts on any lineup that he occupies space. As he is set to bring his highly regarded ‘Ardy Pardy’ to this year’s Holy Ship! Wrecked, the Tehran-born artist proves that many of the performer’s favorite memories of this festival are ones not of themselves.

“One of the craziest moments was seeing Justin Martin throw a pop up party and playing Drum n Bass with Craze and Thee Mike B and seeing Marc Rebillet electrified by the music like he got zapped by Zeus. That was quite the scene.” 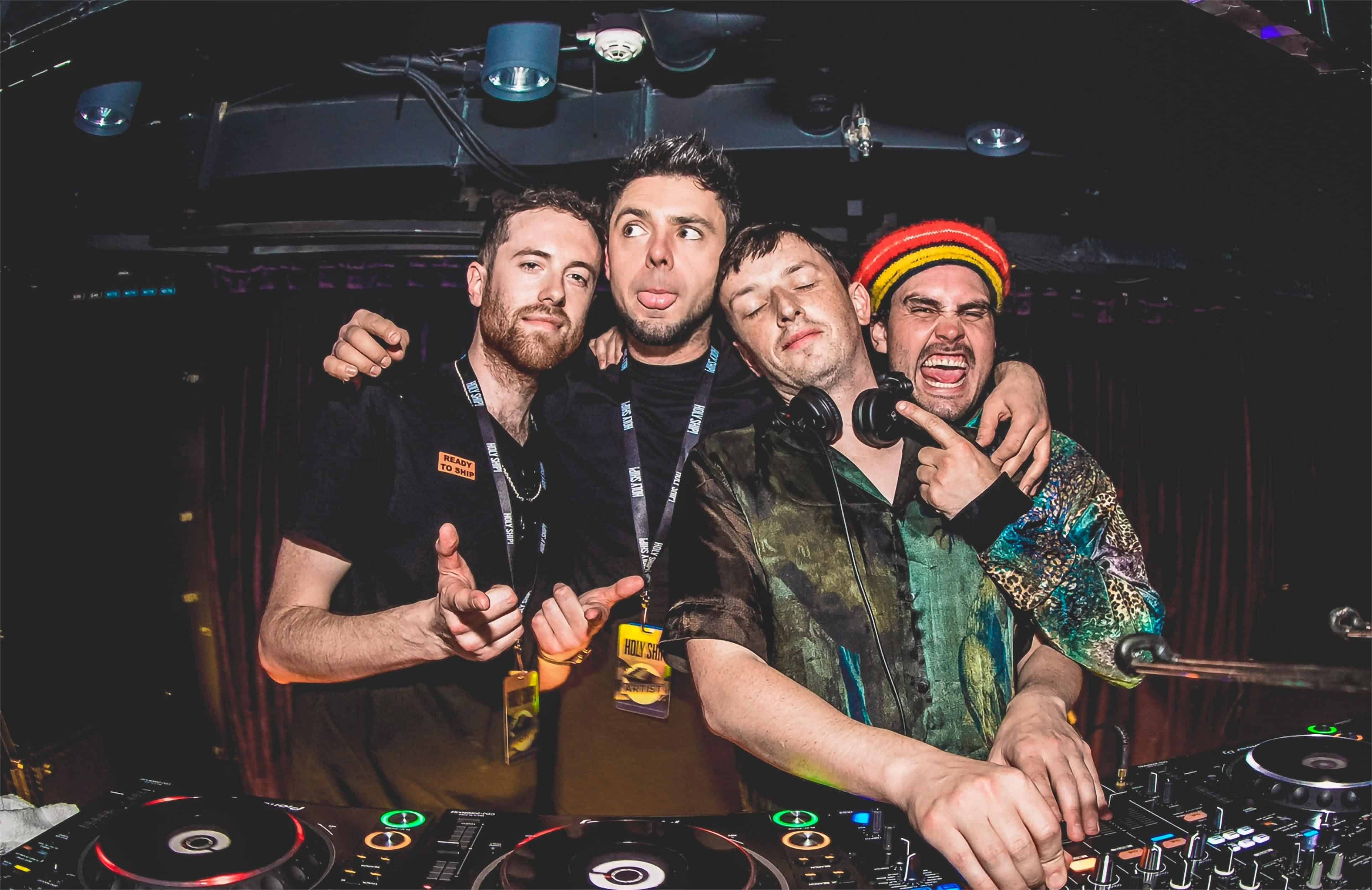 He is no stranger to a good time. Porky undoubtedly will bring one of the best parties of the entire week with a vibrant set full of color and good vibes with house and techno sounds. While his solo performances are second to know, perhaps the only thing he might love more than turning the heat up on the dance floor is sharing that magic with his peers.

“Something special about Holy Ship! year after year has to be all the wild spontaneous b2b’s that go down. My favorite memory was the very first year I played on the ship.. I got paired up to play a set with Claude Vonstroke then hours later I was invited to play in the ballroom with a massive tag team featuring Gorgon City, T.E.E.D, and Bones! I think Thugfucker even jumped in with us too. Can’t wait to see what’s in store for this year!” 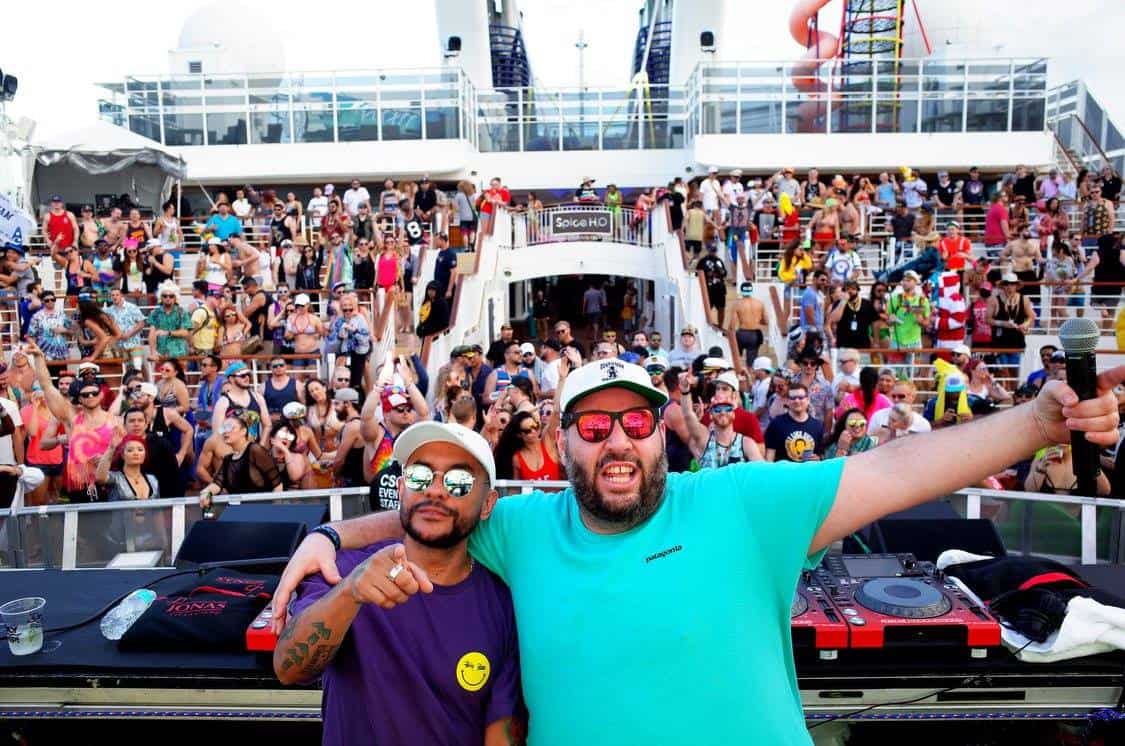 Thee Mike B at Holy Ship!

One of the true legends of the industry, the LA native, who is considered one of the leading faces when it comes to integrating a new wave of electronic music in the west coast clubs, has obviously, lived some great moments. However, to know one’s surprise, one of his fondest memories came right on the grounds of Holy Ship!.

“I heard a phone ringing for what felt like 20 mins as I attempted to sleep off my foot pain from dancing too much the first night. It’s my homie Sal Moreno: “We can’t go to the Island, the Spice stage is yours from 2-5 if you want it. Try to wake your homies up and get something going.” My dawg BOT was the only one who answered. What started as him and I going 1 for 1 for a few dozen people slowly erupted into magic. The b2b ended being BOT, BONES, Matt Black, Stranger, Will Clarke and myself then ultimately climaxed with my brother and all time legend DJ Craze, who was so hype on what was happening that he played what i think was his first ever live set on CDJs, which he absolutely MURDERED!! Truly a special time.”

There are countless memories that are created nonstop during Holy Ship! Wrecked. You are never with a dull moment once you step foot on the resort of Hard Rock Hotel Riviera Maya. Check out the gallery below for a few more extra moments beyond the ones above. 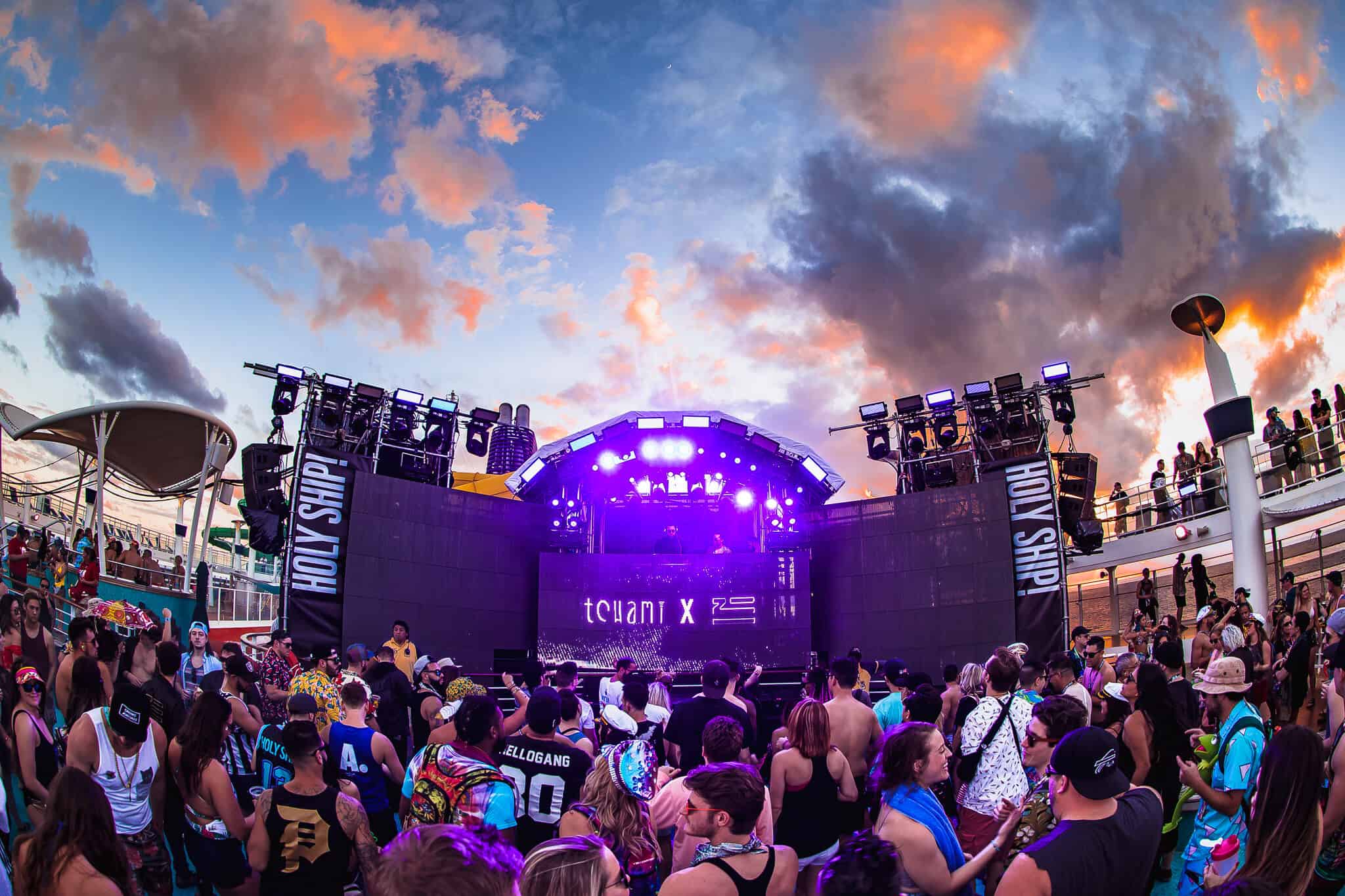 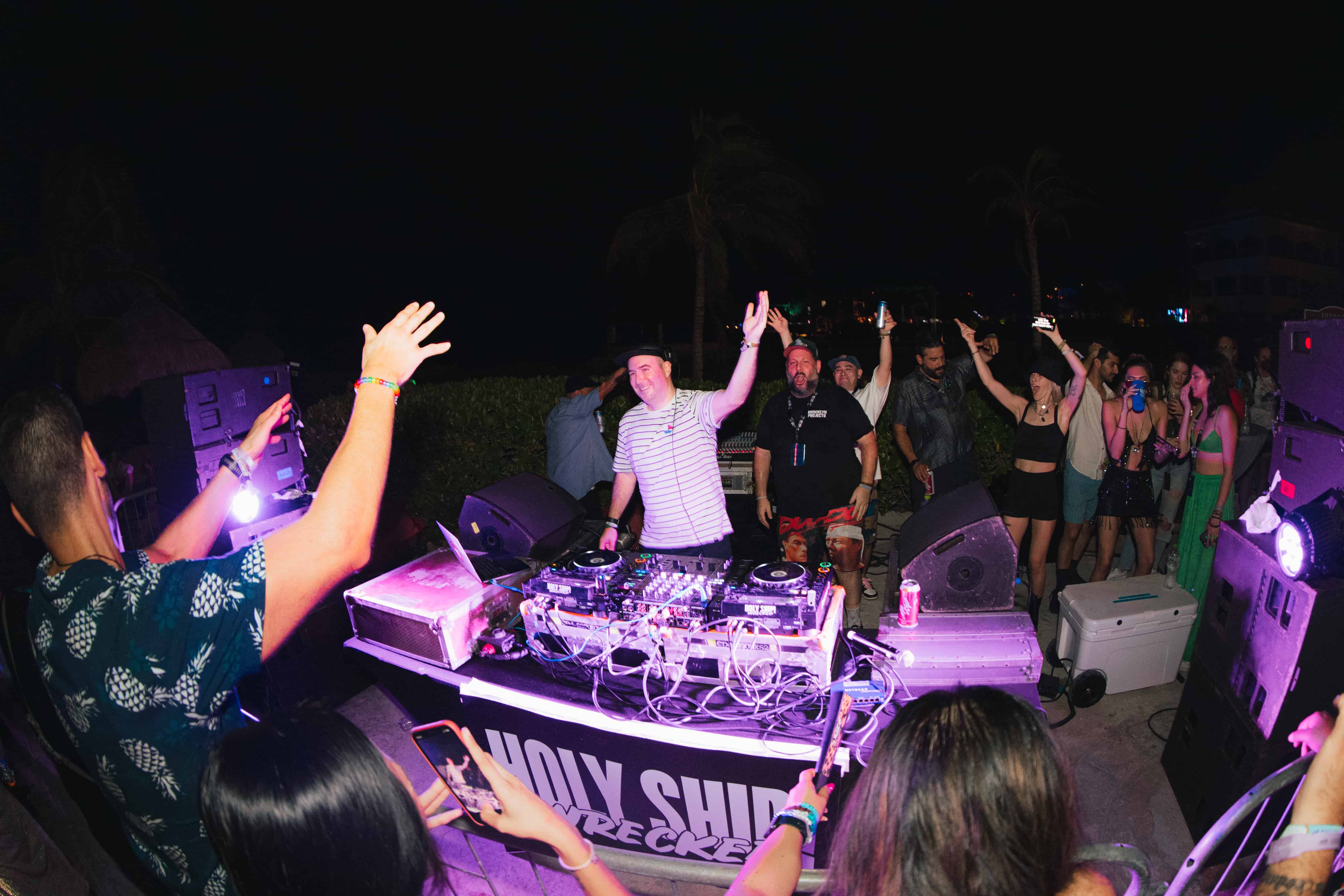 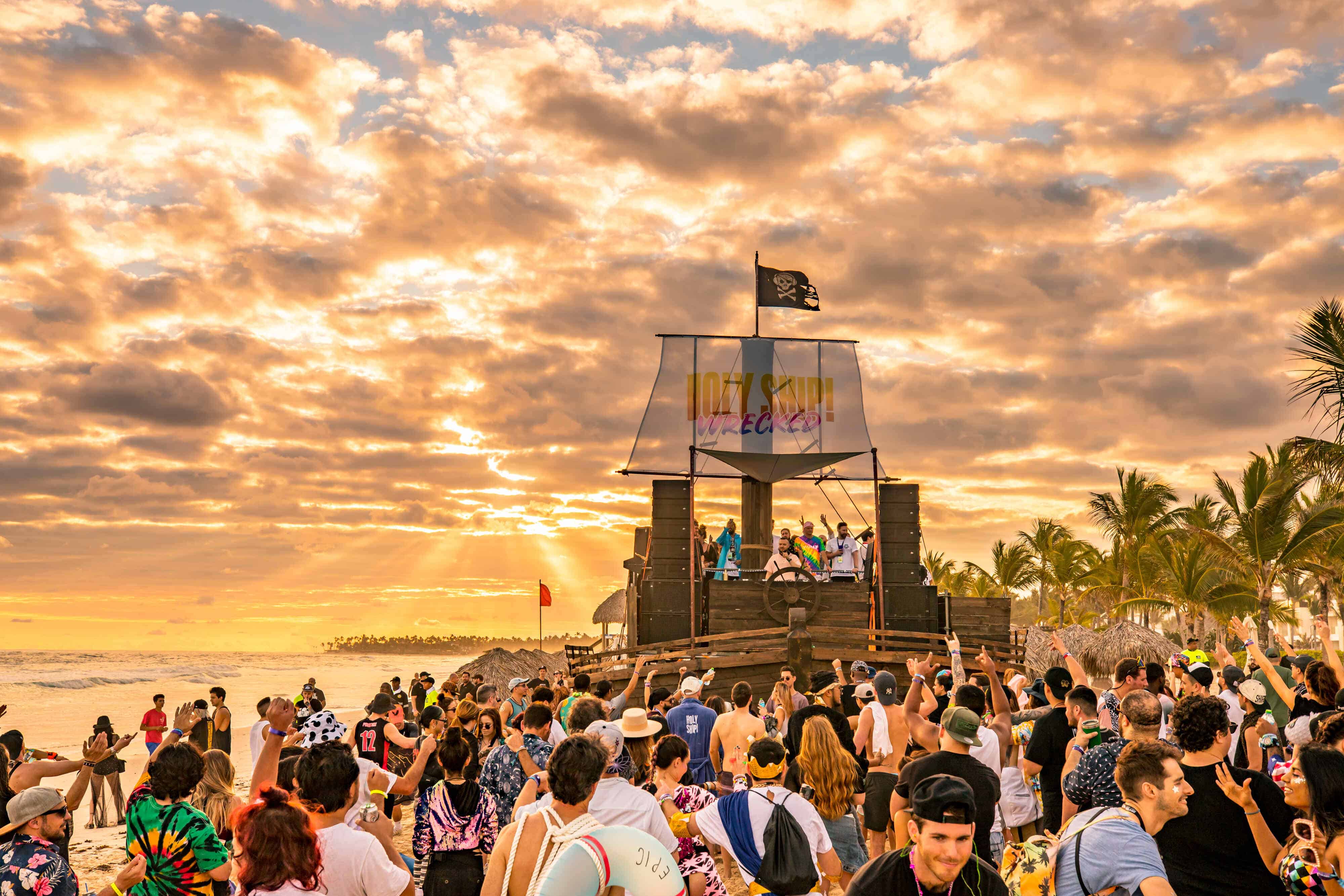 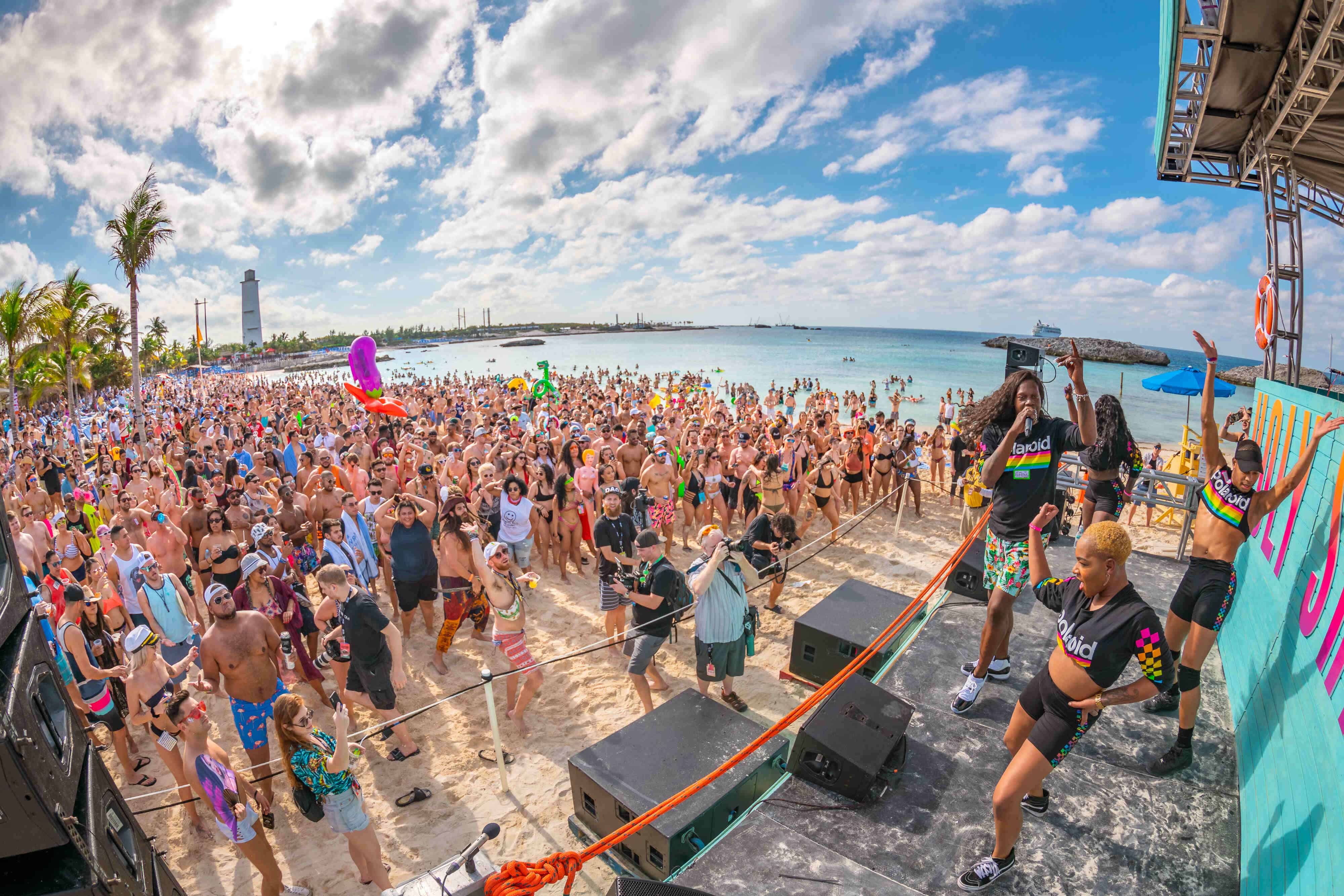 While these are just a few moments that make this festival so special, there are hundreds more. Holy Ship! Wrecked is paradise on earth and something everyone must experience at least once in their lifetime. Words can only, to an extent, encapsulate the indescribable feeling that takes place over those four days. Don’t miss out on your chance to be a part of one of the most iconic parties of the year. 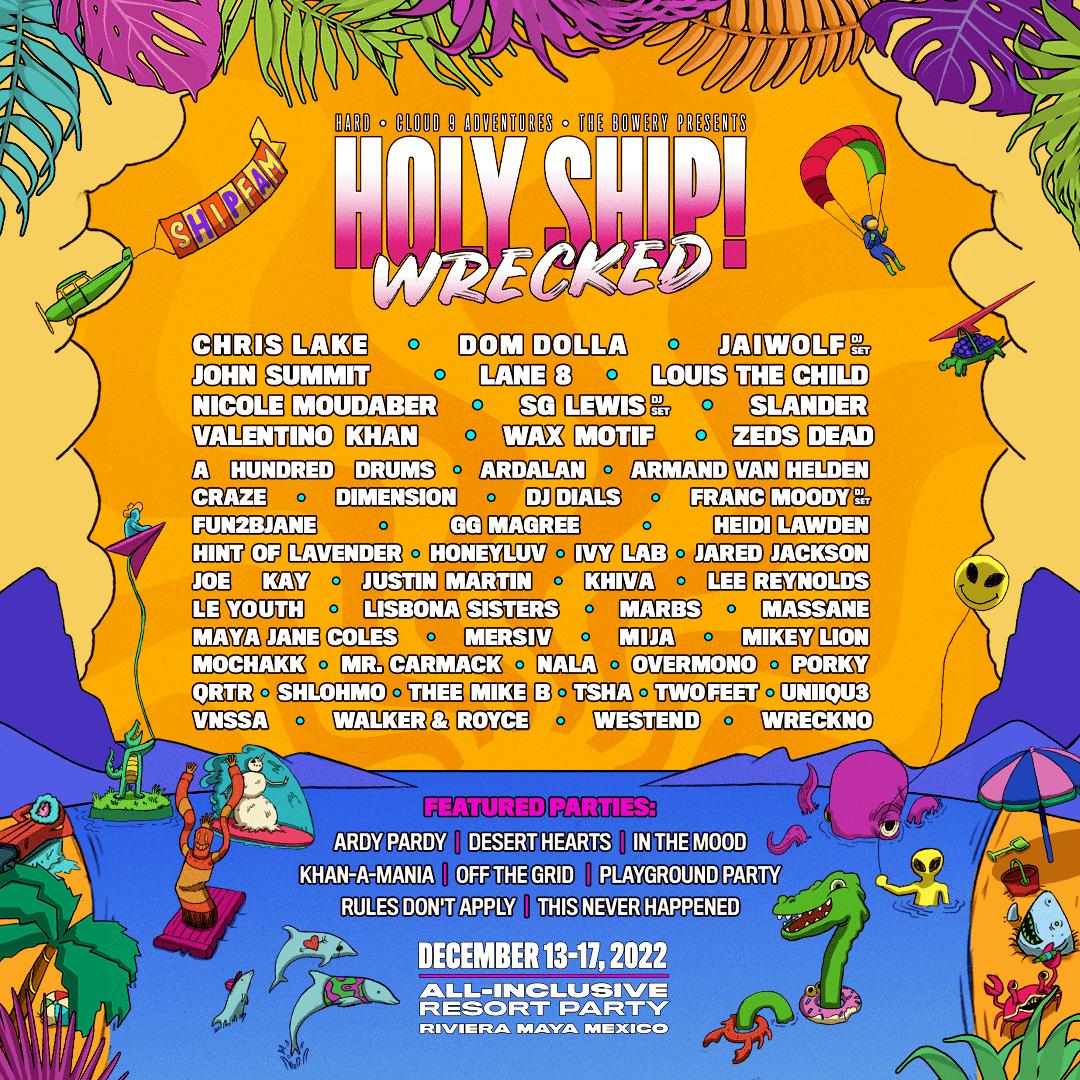