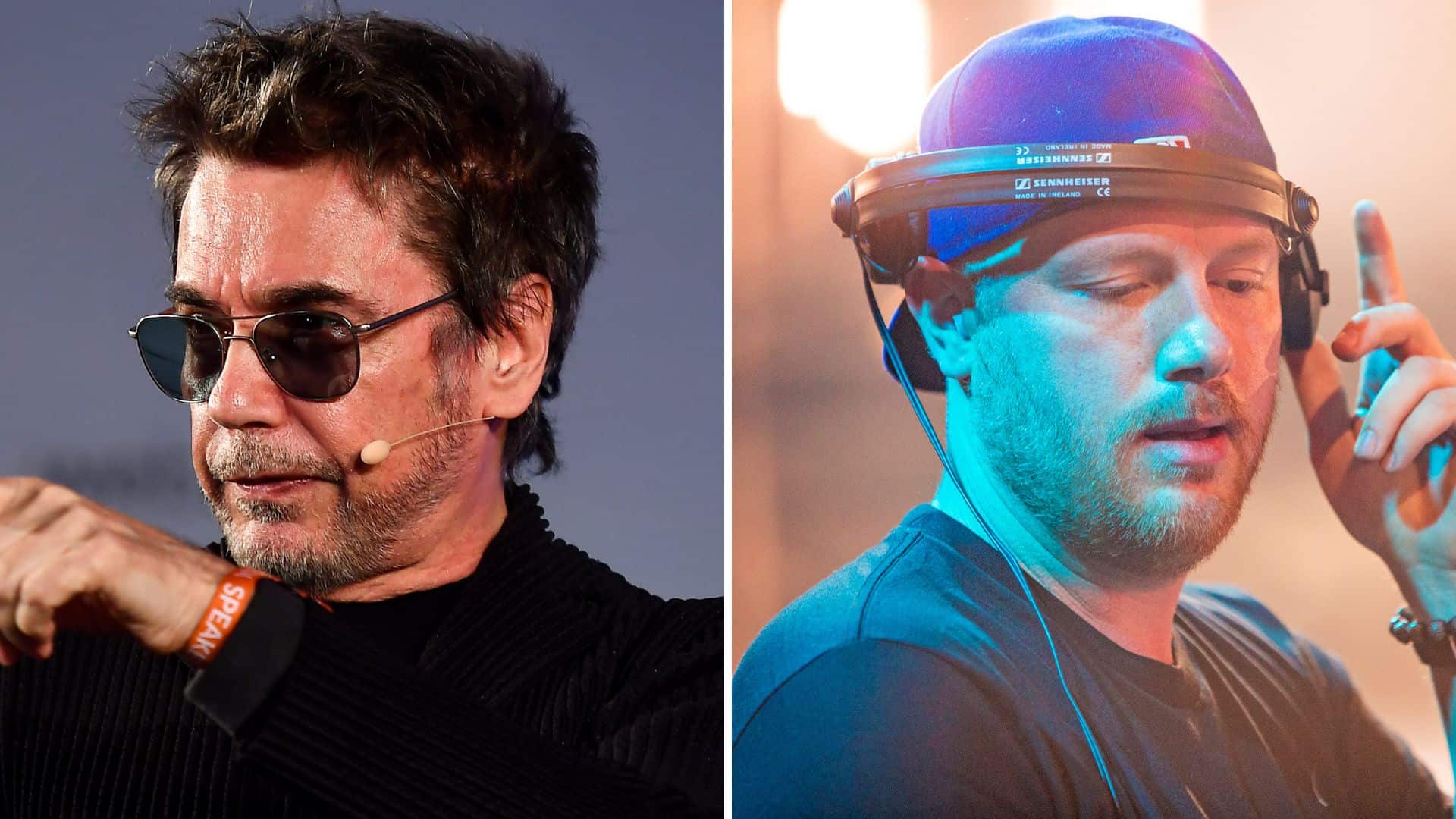 Jean-Michel Jarre & Eric Prydz collaboration may happen in the future

Jean-Michel Jarre has made a career from a his brilliant, lavish and often experimental soundscapes and meticulous productions.  His obsessive attention to detail and commitment to pushing the boundaries and possibilities for both the creation and consumption of music were seen with the release of his latest album, the multi channel and binaural masterpiece, Oxymore.

In the buildup to the new release, Jarre discussed his desire to work with a variety of producers and artists, exploring new sounds and hoping to find new directions and inspirations within his own creations by partnering with his peers.  The first glimpse into this project came earlier this year when Jean-Michel Jarre teamed up with Depeche Mode icon Martin Gore for mesmerizing and intense single, Brutalism Take 2.  Now, with the album released, and critics and fans having the chance to digest the sonic brilliance of Oxymore, Jarre is out promoting the release and discussing his methods and goals for the future.  Recently, while talking with Grahame Farmer, the interviewer brought up the name of the techno house legend, Eric Prydz.  Farmer asked if Jarre knew of Prydz’s work and if he would ever consider working with the Swedish producer on any future projects.  Fans of both artists will be excited to hear the response, as Jarre lights up and says, “I know him, I know his work very well and pass the message over to him, whenever he wants.”  While that statement would be enough to get the rumor mills buzzing and set social media ablaze with speculation, Eric Prydz took it one step further, ensuring that speculation and excitement would be at an all time high.  While retweeting the clip from the interview, Prydz offered two emoji’s, the “eyes looking to the side” as well as the “blushing face” images in response.  While this doesn’t mean anything is officially underway, it is certainly exciting to know that these two legends seem keen on the idea of collaborating in the future.