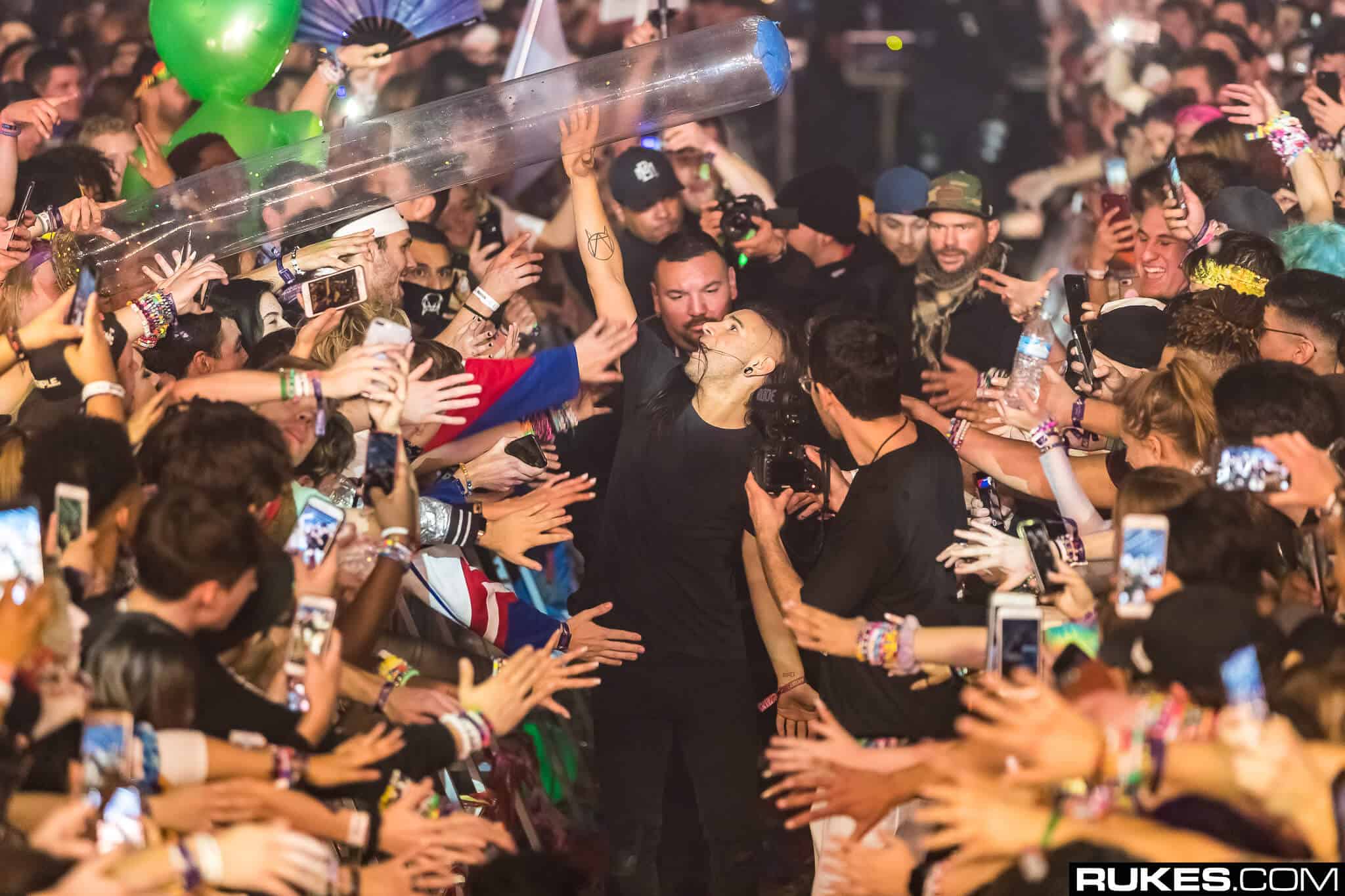 When Fred Again… announced his cancellation at Porter Robinson’s Second Sky Fest, Skrillex was announced to save the day and delivered a spectacular hour-long set filled with classics and unique IDs.

After Fred Again… announced his cancellation at this year’s Second Sky Fest by Porter Robinson, Skrillex was announced as the replacement headliner, and let us tell you it was truly a magical and impressive set for all. With his natural ability to flawlessly work his magic across a span of genres including dubstep, bass, hip-hop, and even house music, Skrillex had the crowd moving from start to finish. After solving a few technical difficulties on the day of the show, Skrillex as usual managed to get through these and deliver an energetic hour-long set filled with classics and unreleased gems.

Showing there are no signs of slowing down for this megastar as he took full control of the crowd and had epic reactions throughout the energetic set at Porter Robinson’s Second Sky Fest, the sky was truly the limit for Skrillex as he once again did not disappoint.

Be sure to watch the full set recorded by DerekD2 below and let us know what you think in the comments.