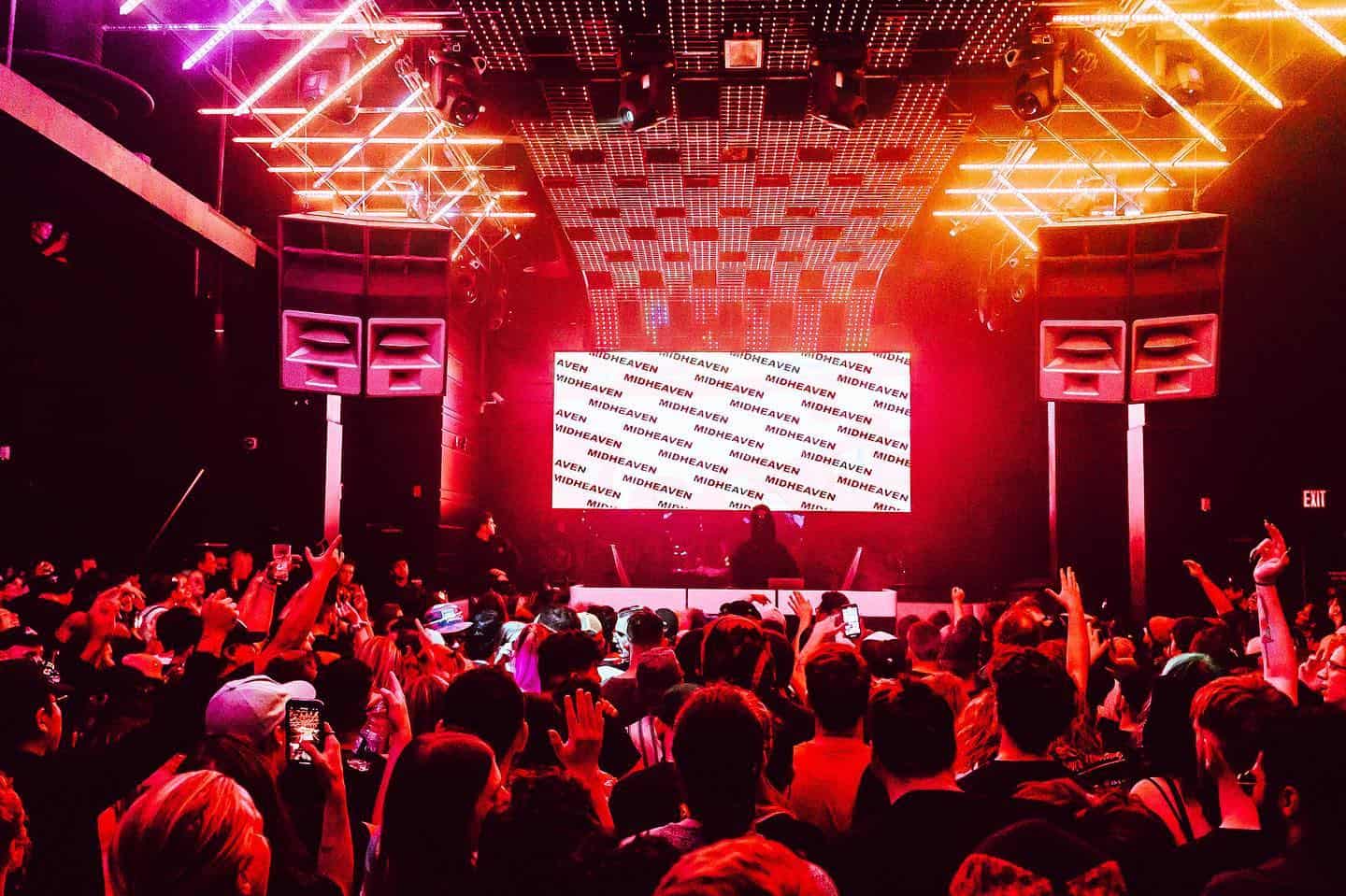 A fall season that has been full of heat throughout the month, We Rave You is excited to present the ninth edition of our Trap and Bass Essentials featuring Deathpact, BONNIE X CLYDE, and SoDown.

With an eruption of basslines and enticing vocal melodies to lure listeners into the world of Deathpact, Celebrities Nightclub in Vancouver was a sold-out show and the crowd was filled with energy from beginning to end. Announcing four shows in four different locations on the same date in New York, LA, Vancouver BC, and Orlando, a dark and euphoric atmosphere was definitely achieved as Deathpact threw down an explosive set in Vancouver rinsing out legendary tunes such as the collaboration with REZZ on “Chemical Bond.” Jaw-dropping bass, headbanging galore, and even a taste of Knock2’s “dashstar,” Deathpact surprised us with classics, unreleased IDs and so much more to keep us on our feet all evening. An epic and highly-anticipated set indeed, the sky is truly the limit for Deathpact as the anonymous collective continues to shine in the music industry. Be sure to connect with Deathpact here and take a trip down memory lane with their collaboration on “Mitosis” with Blanke below.

After knowing each other since the eighth grade, Daniel Litman and Paige Lopynski went their separate ways in college before reuniting in 2015 to form BONNIE X CLYDE. Little known to fans, their relationship went further than just the music. For six years they juggled producing together, touring together, and dating each other like few artists in the electronic scene have done before them. Then almost two years ago, their romantic relationship came to an end and the fate of BONNIE X CLYDE hung in the balance. After the trials and tribulations of falling in and out of love, Daniel and Paige emerged from their figurative ashes stronger than ever to create their biggest, most poignant body of work to date in the form of their debut album Tears In Paradise. It’s a deeply personal true story about the struggles that came out of their romance coming to an end and the difficulties of learning to start anew together. Sonically, the album is in stark contrast from the trap and bass that the BONNIE X CLYDE project came up on, and that’s intentional. Falling out of love is emotional, somber, and traumatic and they didn’t feel their “party rock” music of old properly conveyed their story. Instead, the album lives between melodic house and chill electronic, giving it a more melancholic feel than anything they’ve ever released.  While Tears in Paradise is a noticeable change in BONNIE X CLYDE’s stylistic approach, it’s only a detour rather than a fundamental shift. It’s a moment in time worth reflection rather than a state of mind moving forward. Rest assured, long time fans who have become accustomed to their sound of old have plenty to look forward to in the future. Be sure to connect with BONNIE X CLYDE here and listen to the stunning album below.

Denver-based bass producer SoDown has been electrifying fans for years with his saxophone-infused electronic sound. He’s cultivated a fervent community through his unique sonic blend and magnetic live performances – a skillset that has led to him touring with melodic dubstep icon Illenium, supporting icons like Pretty Lights at Red Rocks, and landing festival slots at Coachella, Electric Forest, Global Dance, Lost Lands, and more. Now, SoDown is unveiling his debut album Worlds Beyond, a cathartic eleven-track package that retains the saxophone-wielding producer’s characteristic style and instrumental infusions while still exploring new tonal depths. Recorded at SoDown’s own Denver studio, and mixing everything from dubstep and future bass to reggae and hip-hop, Worlds Beyond is an adventurous LP that seamlessly blurs the line between the organic and the electronic. Be sure to connect with SoDown here and listen to the impressive LP below.