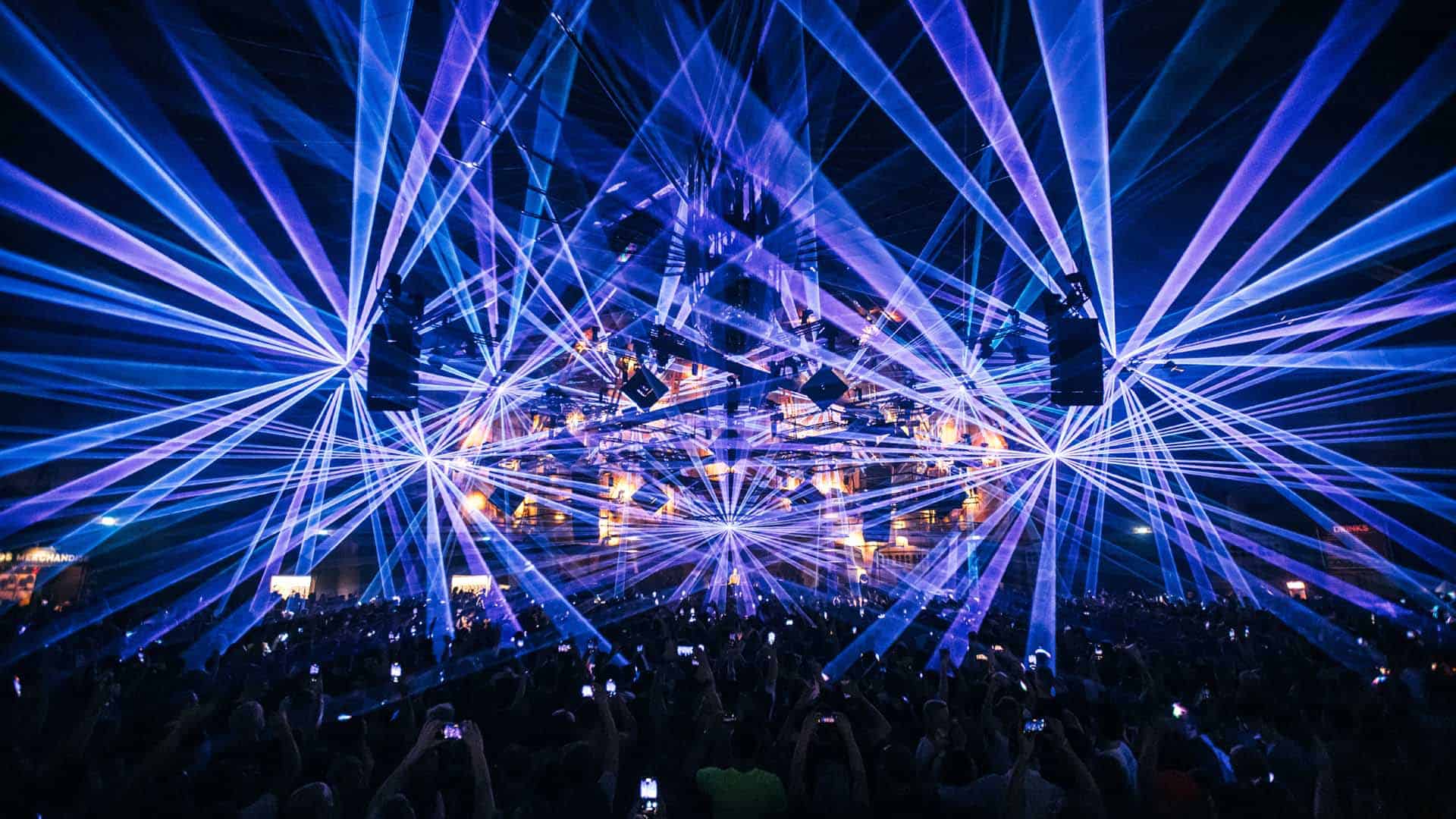 The Dutch love their techno. That’s a fact. It is therefore expected that the genre will be extremely well represented during Amsterdam Dance Event week. But expectations are meant to be exceeded, and ADE has a degree in that.

Equating the sum of techno and the Netherlands, we are left with the grandiose result of Awakenings. This name has been synonymous with techno for more than 25 years, being responsible for organising the best techno events. With the Netherlands as its birthplace, the brand has now as anchor events the Easter festival, the Summer festival, ADE and New Year’s Eve. If in the new location of the Summer festival they crowned themselves the biggest outdoor techno festival in the world, indoors they did not lose any grandeur. The famous Gashouder was the venue to host the first Awakenings techno night in 1997 and remains its fortress today. The old industrial building that is part of the Westergasfabriek gasworks complex in northwest Amsterdam looks humble from the outside, but the inside reveals an enveloping immensity. The pillar-less chamber with an iron roof is a giant circle that embraces everyone equally. There are no zones, classes, or special entrances, everyone is Gashouder, everyone is techno. This is the place where you get the ultimate techno experience.

For what has turned out to be the biggest Amsterdam Dance Event ever, Awakenings has prepared nine events spread over two locations, one of which is obviously their fortress. The Gashouder hosted an ambitious programme of six events, each headed by one of techno’s reference players. On 20 October, one night after its opening night, the Awakenings ADE 2022 programme passed the helm to Swedish pioneer with the event Adam Beyer Presents Drumcode. The birth of Drumcode and Awakenings almost coincide, so those years must have been some of the most auspicious for the underground circuit. Founded in 1996 by Adam Beyer, Drumcode is more than a record label, events or a brand, it’s also a philosophy. Imprinting his own values on this brand of his, Beyer has built the foundations of Drumcode in order to give wings to the talent of its artists, giving them the helm and spotlight. Drumcode is undoubtedly one of the leading labels in the genre and also for this reason a resident bet on the ADE menu. On this night led by Drumcode, the lineup was made up of the label’s stars, on stage and also backstage, in a night that will be written in the books.

Imagining being inside the Gashouder is one thing, being inside the Gashouder is another thing entirely. There are many videos on social networks and Youtube and you might think you know this giant silo, but don’t be fooled. Visiting the Gashouder is one of those must-do things in life. Adding to the Awakenings, Drumcode and ADE experience just makes it perfect. Everything about the space is modest, except for the amount and diversity of light sets and digital panels. The thousands of structures make the space a thousand-headed Meduza where the lighting dances to all rhythms. The atmosphere is dark as techno dictates but every now and then, when the lights go up, you can glimpse the raw, rusty, bucolic walls of Gashouder and breathe in its history. The stage is neutral enough, leaving all the emphasis on the artists behind the decks, and on its opposite side hides a small bench to welcome tired legs. 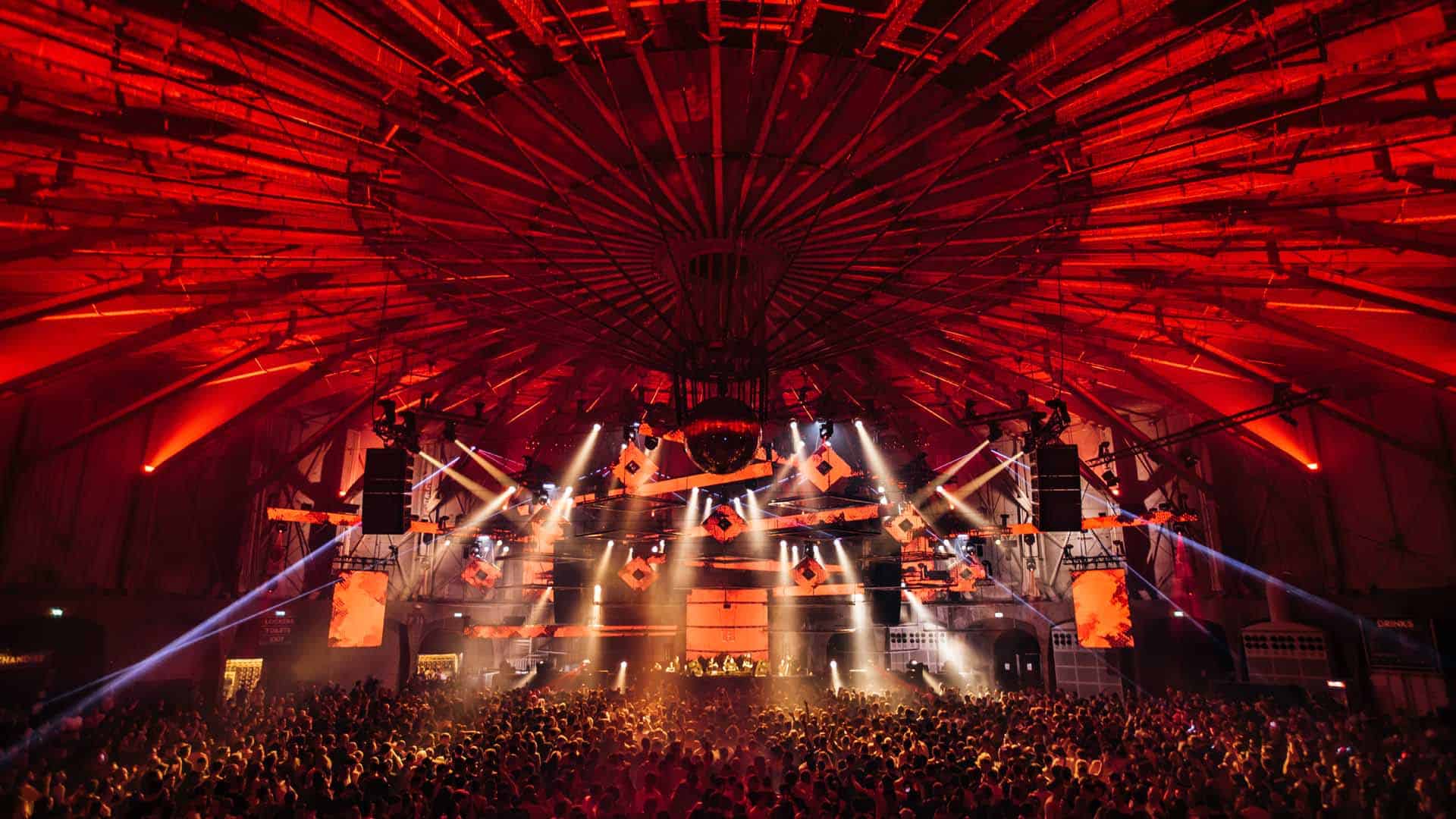 The evening began with Lilly Palmer. The German prodigy and protégé of Adam Beyer offered her already-known intensity, always with a high power to captivate the audience. Palmer recently released on Drumcode her EP ‘Resonate’, the successor to ‘We Control‘. In her elegant yet infusing set there was no shortage of her own productions and others well acclaimed by the audience such as HI-LO‘s techno banger ‘Wanna Go Bang‘. This was perhaps one of the tracks of the night, having been played by the various protagonists and celebrated by Oliver Heldens himself who joined them on stage during Layton Giordani‘s set. The American artist shared some dance moves with HI-LO as he performed his productions and teased a new collaboration between the two. When will ‘Rabbit Hole‘ come out? Will be available on streaming platforms on November 18 and elsewhere on the 25th as part of Drumcode’s A-Sides Compilation. Giordani’s more melodic approach contrasted with the artist to whom he then passed the helm. The Latin blood of Ilario Alicante brought Gashouder a techno full of sultriness and attitude, very much in the Italian style. With a contagious good mood, Alicante used the expanding power of Gashouder’s sound to create real mind games. It was a set full of high-quality tracks and edits of songs loved by the audience. It was definitely a great introduction to the player that was to follow. Adam Beyer took the controls for a not-at-all-disappointing performance, blasting track after track while maintaining his natural calm. The label boss is famous for his flawless sets and that was what the many raves present at the techno temple witnessed. Also visible backstage were other Drumcode stars such as Eli Brown, who released his EP ‘Deep Down’ on the label back in September and also Bart Skills who dropped his buoyant ‘Horsepower‘ that same week.

It was also to the sound of Adam Beyer that one of the most sought-after moments of the Awakenings festivities at Gashouder took place. Apart from the giant ball that hangs from the centre of the ceiling and whose lights converge and diverge in all directions and the huge hoop of light that in an alien way lowers to greet the audience, the climax came. By the time you can hear a high-pitched whistle, you only have time to look up and see the supersonic rockets firing and spinning around the perimeter of the Gashouder. It’s only a few moments but you want it to last, it’s truly impressive to witness the pyrotechnics that provokes a mixture of fear and excitement.

The dawn belonged to the two final acts. First, the Brazilian ANNA, whose vivacity and talent are always visible in her performances. She is one of the most prominent female figures in modern techno and those who witness her sets understand why. ANNA managed in her graceful way to warm the soul of techno lovers, preparing the ground for the explosive German duo PAN-POT. Also present in the Awakenings summer festival line-up and starring in other events this ADE, the duo closed the Adam Beyer Presents Drumcode event at Gashouder in exquisite fashion. Their powerful mind-piercing style is meant for only the most avid lovers of Berlin techno, asking for extra energy to dance to. The dancefloor remained packed throughout this sweaty techno night, declaring the success of yet another Awakenings and Drumcode signature event.