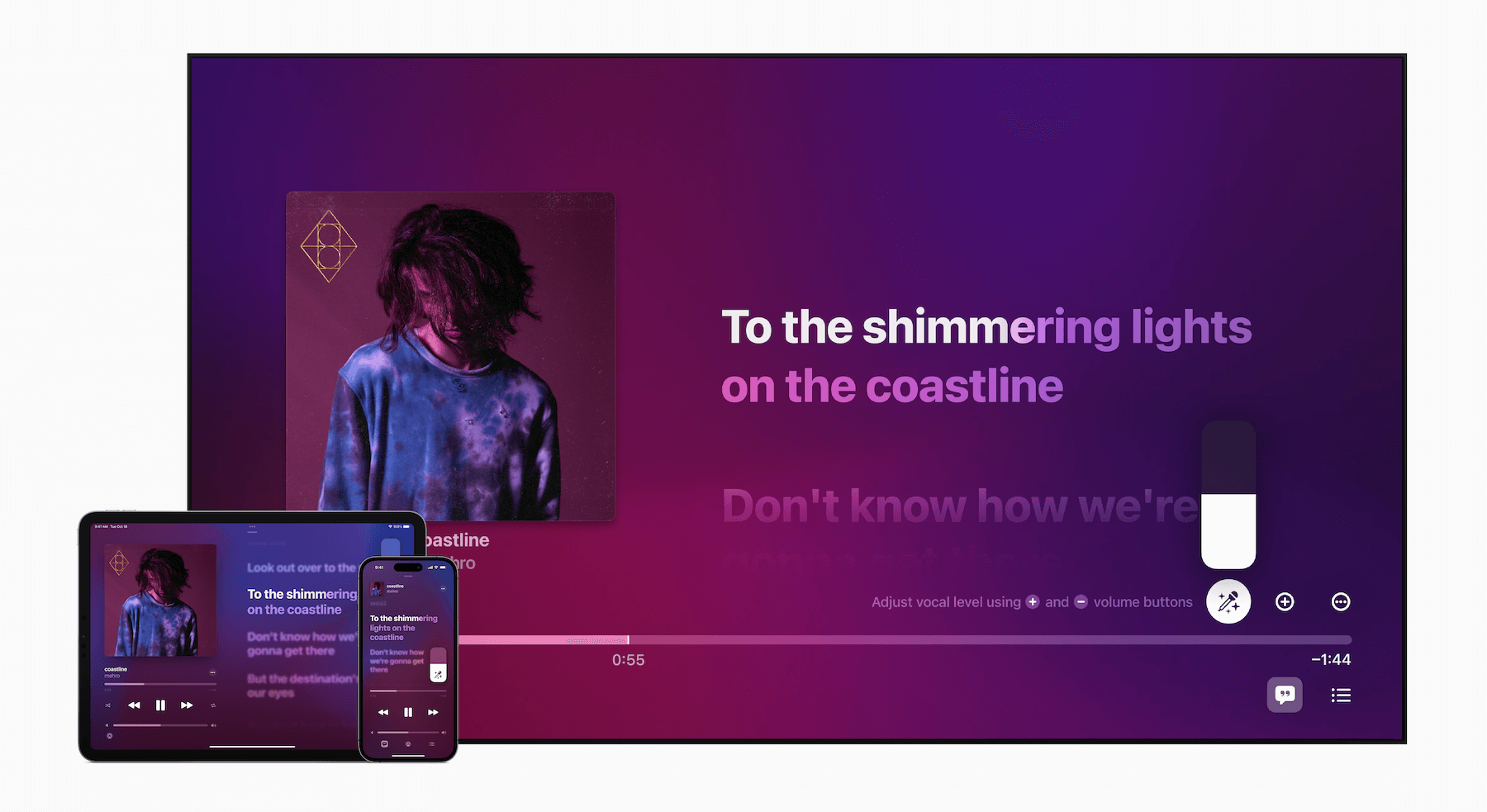 As one of the world’s global leaders in consumer technology, Apple is always looking to further innovate to provide their customers with an experience and technology that stands out from the competition. Now, over 20 years since the company revolutionized the music industry with the introduction of iTunes and the ability to purchase individual songs for 99 cents, the tech company is looking to play into the world of social media and music covers in a whole new way.

Available now in the iOS 16.2 update, the brand-new Sing feature will make karaoke and content creation for sing-a-longs and duets a whole lot easier.  While the Apple Music lyric feature has long been a popular area for users, the brand is taking things a step forward, allowing users to adjust the volume of the vocals without affecting the quality of the music.  In fact, the new feature can be broken down into four main functions, which Apple has laid out very clearly:

It is a truly exciting and fun feature, and Oliver Schusser, vice president of Apple Music and Beats elaborates on the desire to create this new function:

“Apple Music’s lyrics experience is consistently one of the most popular features on our service.  We already know our users all over the world love to follow along to their favorite songs, so we wanted to evolve this offering even further to enable even more engagement around music through singing. It’s really a lot of fun, our customers are going to love it.”

Users will be able to adjust the volume of vocals for a karaoke-like experience across millions of songs. pic.twitter.com/8yra9NB5Wa