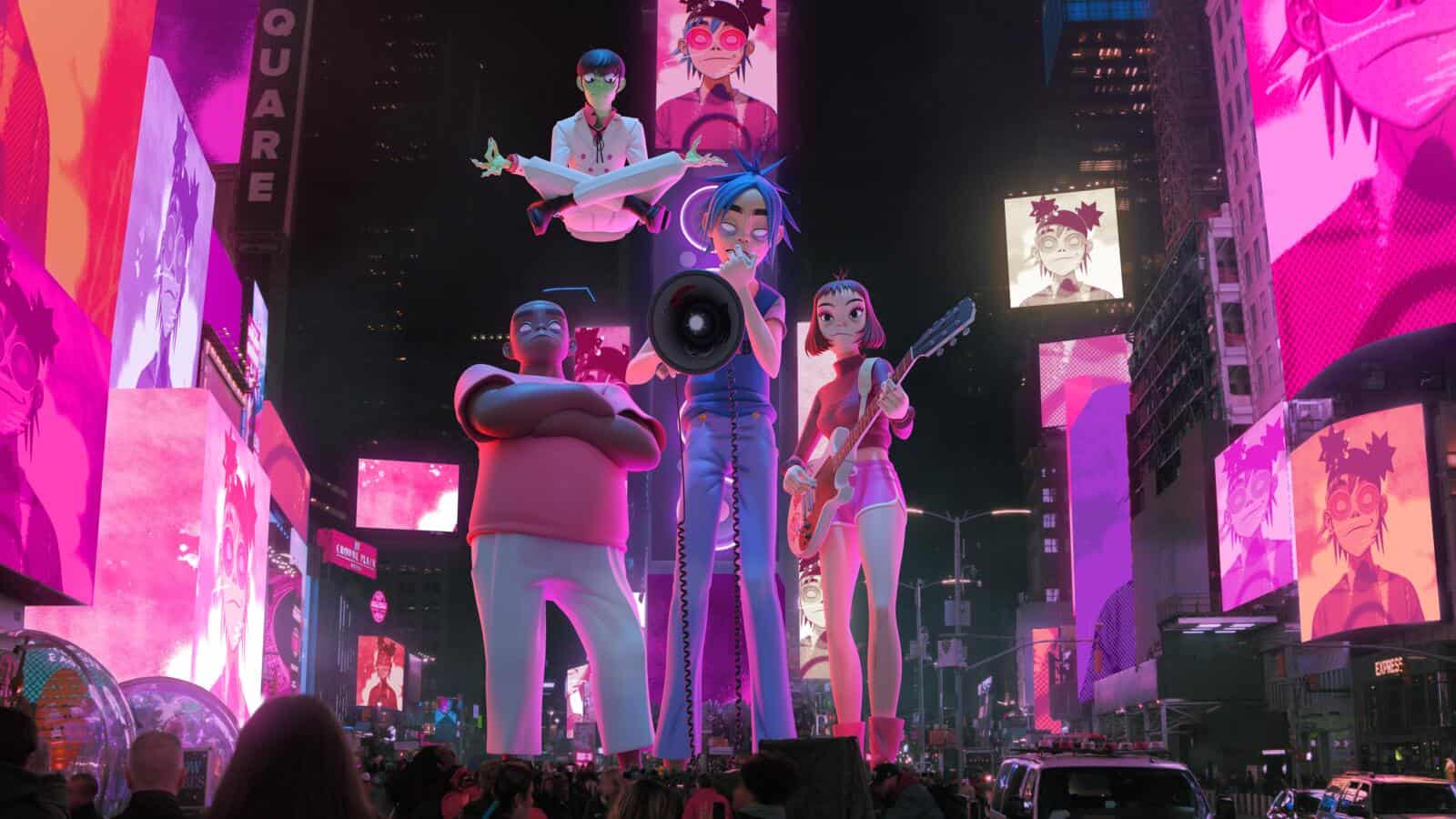 Gorillaz’s are once again teasing new music from their upcoming LP ‘Cracker Island’ with the single ‘Skinny Ape’, accompanied by a revolutionary AR performance.

Digital band Gorillaz are at it once again teasing fans with even more music ahead of the release of their newest LP ‘Cracker Island’ in February. Having already sent shockwaves through the music industry with heavyweight releases such as ‘New Gold’ and ‘Baby Queen’, the band made up of Murdoc, 2D, Noodle and Russel are back again with their newest track ‘Skinny Ape’.

‘Skinny Ape’ once again takes Gorillaz’s soundscape to a whole new level, featuring delicate guitar rifts and piano notes the track is a more slower tempo than other teases from the album. The track’s vocals and production intertwine to create a memorable listen, that is backed by subtle synths and towering basslines.

To promote the track, Gorillaz are revolutionising the musical performance concept by enlisting Nexus Studios, transforming the streets of London and New York in once-in-a-lifetime AR live performances.Taking place at 14.30 ET on 17 December in the iconic Times Square, New York and 14:00 GMT on 18th December in Piccadilly Circus, London, the band will use Google’s ARCore Geospatial API to transform these spaces to perform ‘Skinny Ape’ you can find out more via the link here. The band’s bass player Murdoc Niccals discusses this more when he states:

To all our followers, get ready for the biggest Times Square takeover since that other gorilla smashed the place up. Bigger in fact cos there’s four of us. Thanks to the techies at Google, we’ve created the music video event of the century, so don your pink robes and come see Gorillaz like you’ve never seen us before. The future is nigh!

Gorillaz’s ‘Skinny Ape’ is out now and is yet another screenshot into their upcoming album Cracker Island’, you can listen to the track yourself via Spotify below and preorder the upcoming LP via the link here.