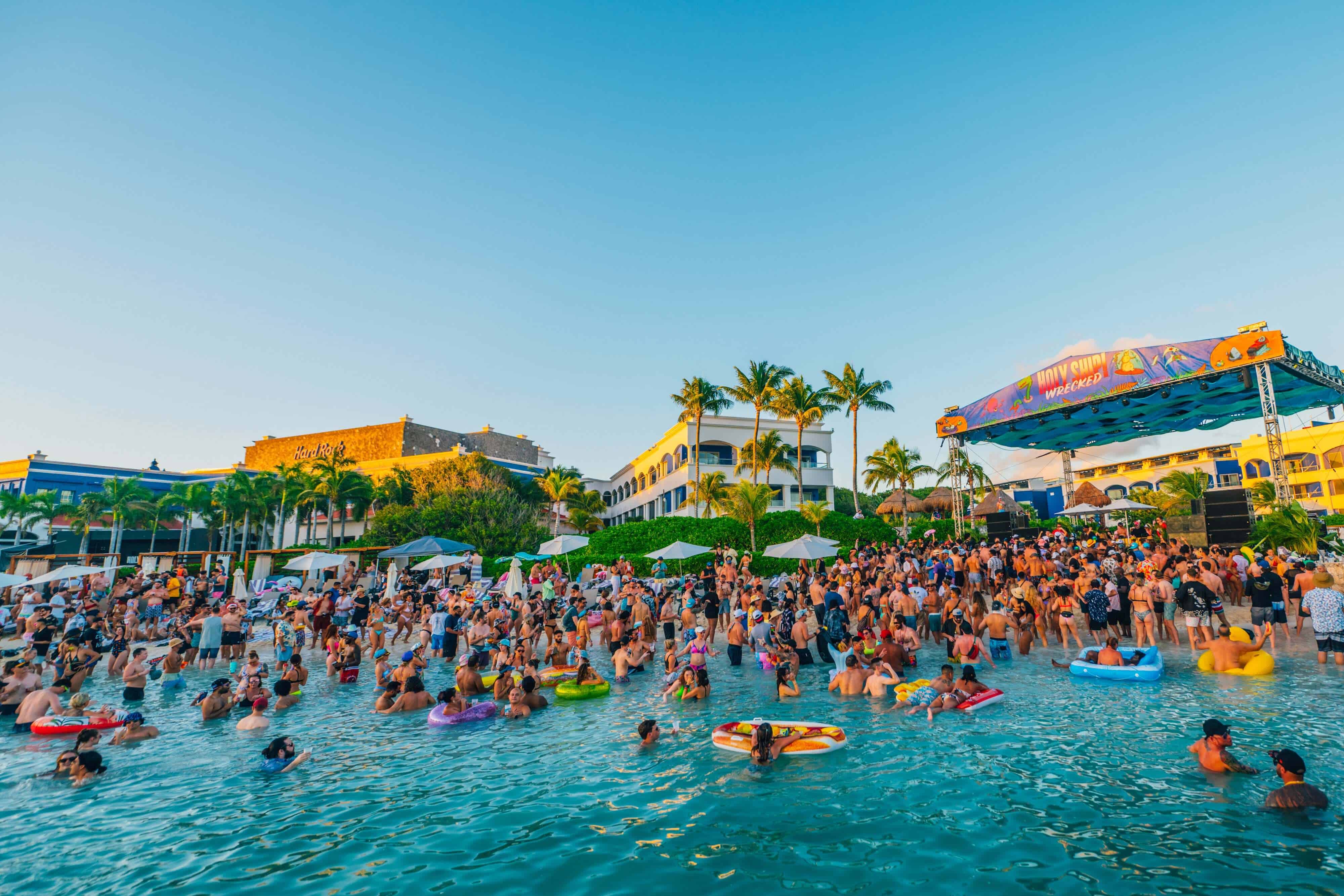 Holy Ship!, as the name would suggest, used to take place on a cruise ship- the party has come ashore for the past few years, but as this incredible 4-day bash at the lovely Hard Rock Hotel Riviera Maya proved, there are definitely worse things than being shipwrecked in sunny Mexico. While there’s no more sailing the seven seas, the beautiful Caribbean views, top-notch food and drink, extraordinary hospitality, and, most importantly, world-class lineup of DJs across a variety of genres, remain. Join us for our Holy Ship! Wrecked 2022 recap, and read why this all-inclusive, highly memorable resort party is one of the premier experiences not just in the destination festival category, but in the realm of dance festivals as a whole.

The first day of Holy Ship! Wrecked 2022 was action-packed despite the majority of festivalgoers only getting there on that day. It was smooth sailing (forgive the pun) arriving via shuttle from Cancun International Airport, and the resort, though genuinely quite large, became easy to navigate after a little time and help from the map on the official HS!W app. The rooms are immaculate, the pools are beautiful, the food is phenomenal (make sure to get some crab rangoon next year at the Thai place, Wai), and the facilities as a whole are wonderful.

Musically, Day 1 set the tone for what was to be a truly special week. The Main Stage was unquestionably the place to be, with Westend, Dom Dolla, and Zeds Dead going all-in for the perfect start to the festival. Later on at the more intimate Tropic Stage, Honeyluv made very clear that the hype surrounding her is more than justified- her confidence and effortless style was matched only by her undoubtable ability to make people move. 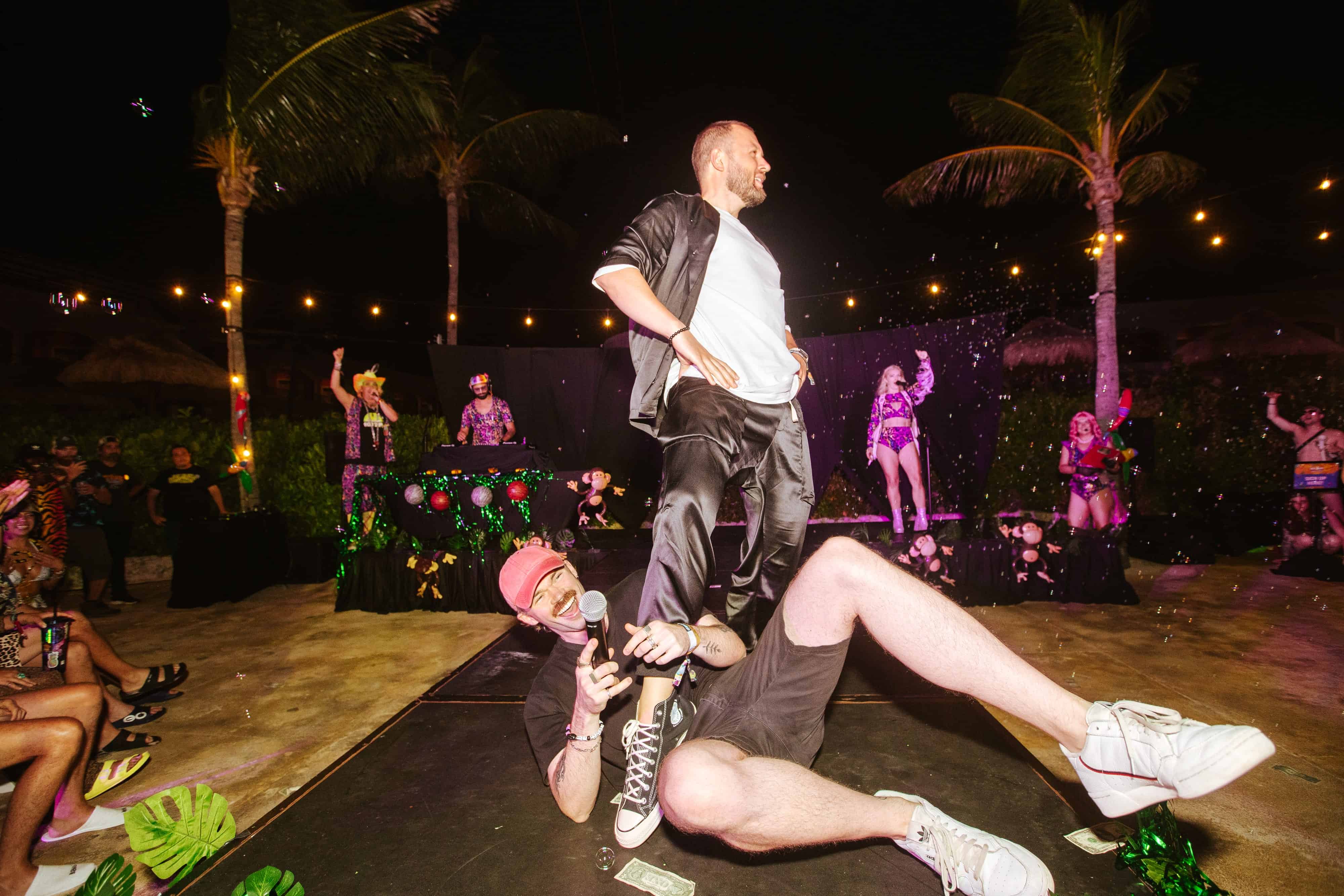 The first day for non-musical activities proved that Holy Ship! Wrecked succeeds where so many other events fail- unlike with some festivals, there really is something for everyone. Midday yoga at the Maracas Terrace provided a relaxing and refreshing way to ease into Day 2, while the Get Wrecked Games hosted by Wax Motif and Westend put an amusing adult spin on summer camp-style games. Maybe the most creative event of the week (next to Valentino Khan’s WWE-inspired World Sumo Wrestling Federation), Wreckno’s Jungle Catwalk Competition allowed guests and DJs alike to show off their fashion chops. On the stages, Khan-A-Mania ruled the pool with Uniiqu3, Wreckno, GG Magree, and of course, Valentino Khan; Mochakk and Chris Lake in particular set the Main Stage on fire, Mija shook the Sunrise Stage with superb DnB, and Franc Moody, Jai Wolf, and SG Lewis ensured that the great tunes carried long into the night.

The penultimate day of the festival featured the two best sets of the week, which just so happened to be the last two of the night on the Wrecked Stage. So Tuff So Cute, a hard-hitting duo comprised of Mija and GG Magree, took absolutely no prisoners in an hour-long whirlwind of a show. Taking complete command of the dancefloor with a brash, decidedly punk attitude, the two tore through a setlist featuring club staples, unconventional (yet effective) inclusions like Journey’s “Don’t Stop Believing”, and captivating original work like their positively furious July single, “Break Stuff”. Their set was- in a word- sexy. Not to be outdone, Slander took over immediately after and reminded everyone of why they’ve arrived at such a lofty status. Neck-breaking drops filled a set which could only be described as high octane and exhilarating, as Derek and Scott displayed their masterful touch in front of some of the best visuals dance music has ever seen. As they had hours before during the intensely fun Super Smash Bros tournament they hosted, the pair absolutely dominated. 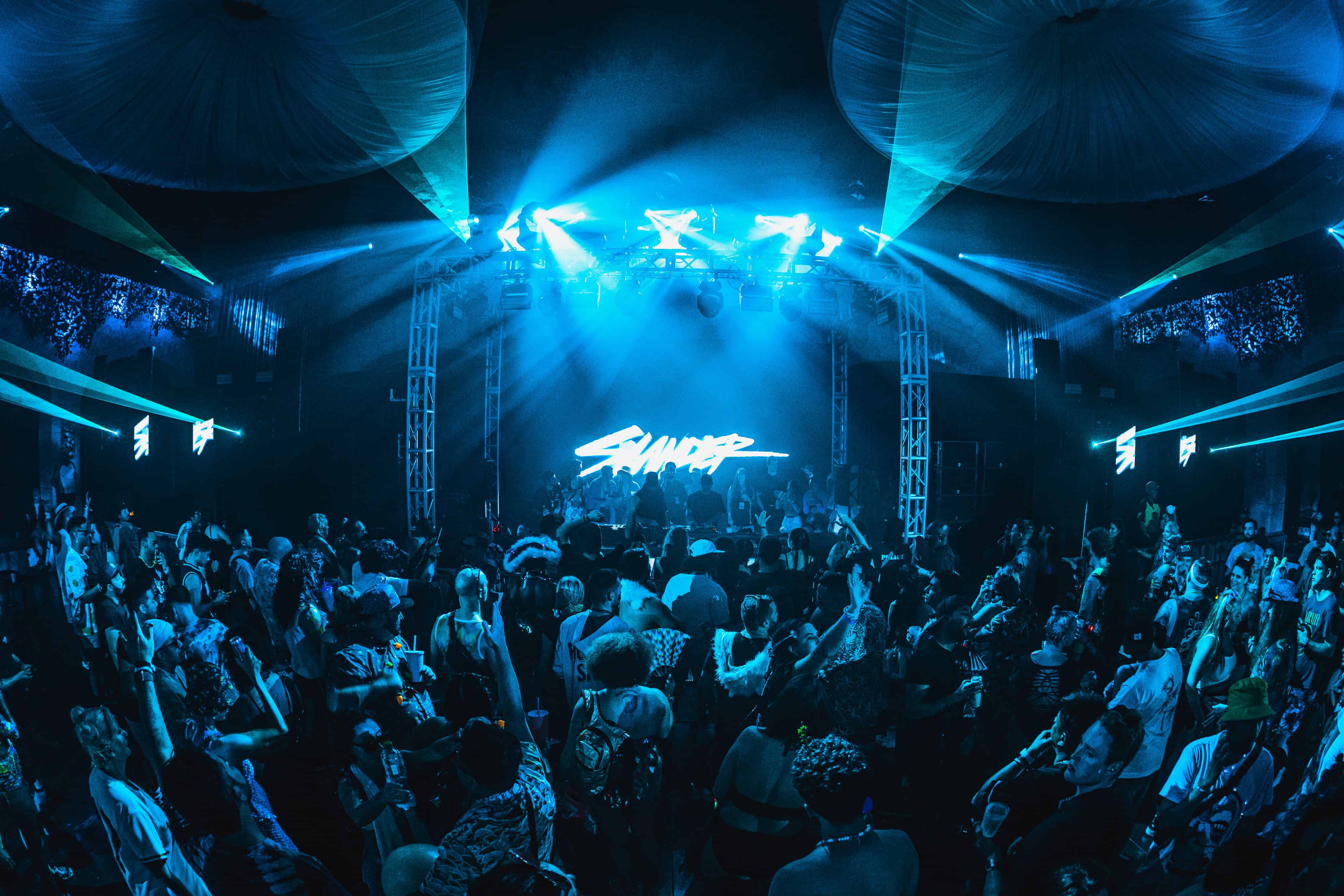 The final 24 hours felt like something of a victory lap after an incredible few days. The daytime beach line-up was probably the best of the festival, with Lisbona Sisters, Two Feet, Wax Motif, and Louis the Child following one after the other in one of the most beautiful locales you will ever such skilled acts grace. The Tropic Stage was absolutely ablaze for the Disco Inferno sets from Hint of Lavender, Heidi Lawden, Franc Moody, and SG Lewis, while the sensational John Summit bossed it at a surprise pool party. Last but certainly not last came a spectacular takeover of the Wrecked Stage from This Never Happened. Massane and Lane 8 definitely delivered, but Le Youth stole the show with an electric performance. The LA-based DJ absolutely oozed charm as he thrilled the audience with an excellent melodic house set; playful and charismatic, he encapsulated the good vibes and unabashed fun of the week’s proceedings.

The only problem with Holy Ship! Wrecked? It ends, and you have to leave.

Enjoyed our Holy Ship! Wrecked 2022 recap? Click here to learn more about this amazing festival, and keep it here with We Rave You for coverage on all your favorite festivals, events, artists, and more!