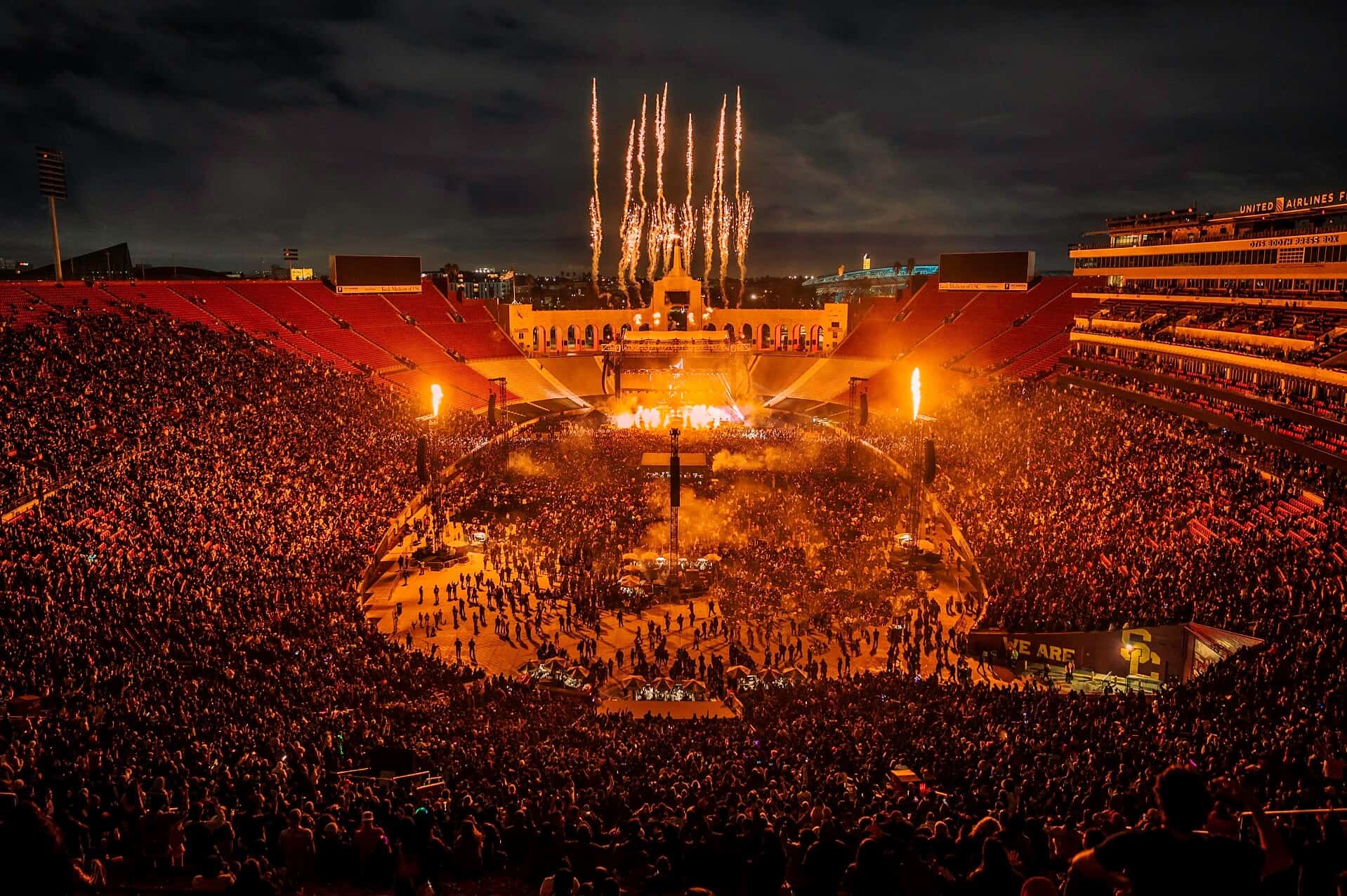 Kx5 (deadmau5 and Kaskade) just broke a record for most attendees and net cash at L.A.’s iconic Coliseum this past weekend.

50,000 fans descended into downtown Los Angeles this past Saturday, December 10 for the first-ever headlining show at the Los Angeles Memorial Coliseum with electronic music act Kx5 (the powerhouse collaboration comprised of genre icons Kaskade and deadmau5). According to Pollstar, the show broke records landing it as the largest single-day concert event headlined by an electronic music artist ever in North America with Billboard confirming Kx5 at the Coliseum as the biggest ticketed global headliner dance event of 2022.

Presented by Insomniac, the two-plus hour set was highlighted by Kx5 productions out now on mau5trap/Arkade including ‘When I Talk’ with Elderbrook, ‘Avalanche’ ft. James French, ‘Take Me High‘ and ‘Alive’ featuring The Moth and The Flame (TMTF) as well as unreleased material. These songs and more were intertwined with special edits of each artist’s favorite selections including Kaskade’s newest ‘Dance With Me’ with Justus, ‘Disarm You’ & fan favorite, his collab with Skylar Grey‘s ‘Room For Happiness’ and deadmau5 classics ‘The Veldt,’‘Ghosts N Stuff’ and the song that introduced Kaskade to mau5 ‘Faxing Berlin.’ The two artists closed the show with a surprise appearance from Hayla to perform their Top40 radio smash ‘Escape.’

Over the course of the set, deadmau5 (Joel Zimmerman) and Kaskade (Ryan Raddon) performed on pods that rotated and moved across the stage while fireworks and flames burst overhead. Dazzling crowds, 300 drones flew high above the Coliseum’s iconic torch and supporting arches creating unique formations including a configuration of the state of California and flashing words “Welcome LA,” and song titles ‘Alive’ and ‘Escape.’

The triumphant live show from Kx5 has them joining a significant roster of musical acts to have headlined the Coliseum including the Rolling Stones, Pink Floyd, U2, Metallica, and Prince just to name a few. The show was a prestigious honor as part of the “Coliseum Forever” event series celebrating the 100th anniversary of the venue.