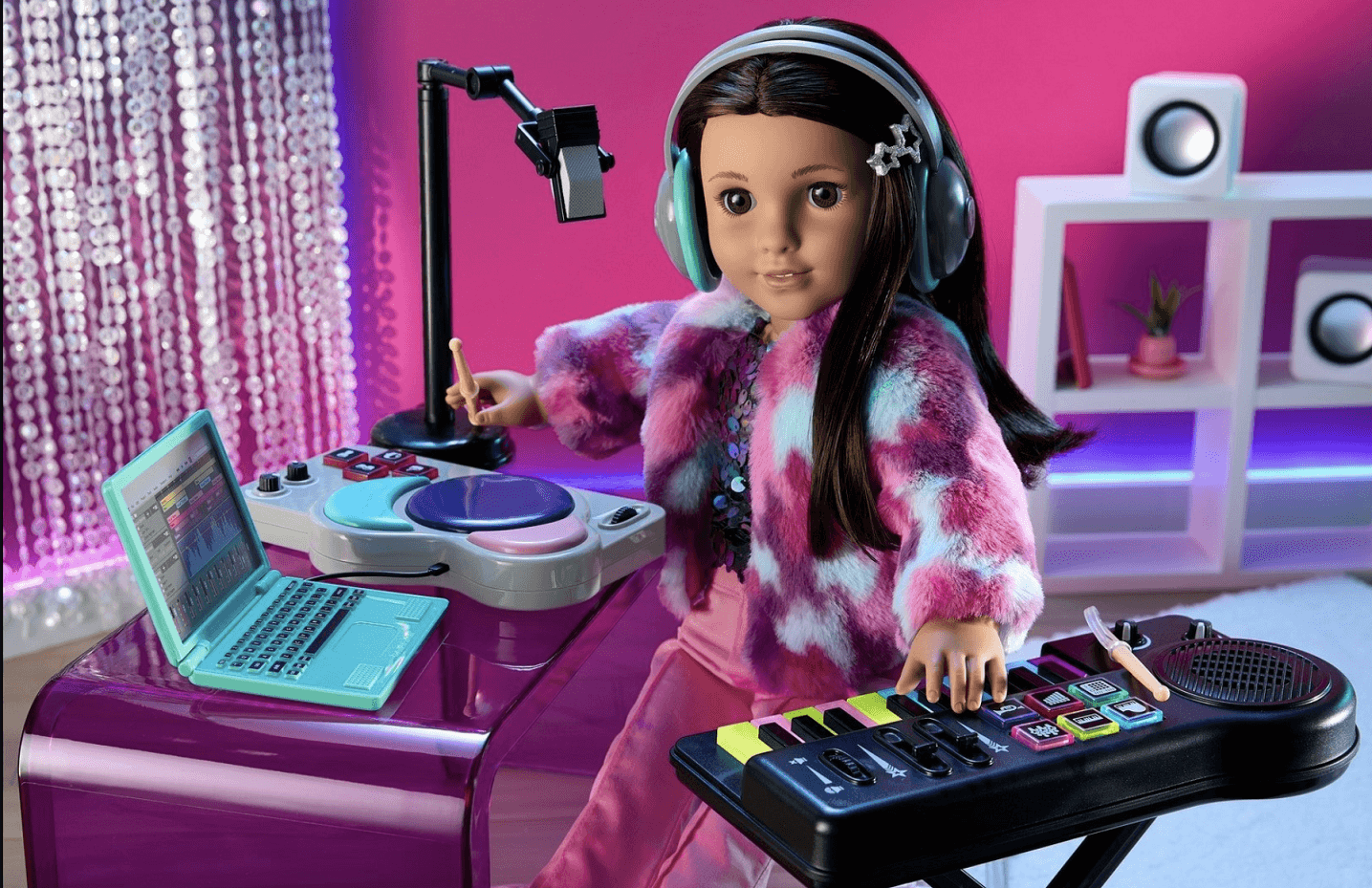 Mattel, the American toy company that manufactures and distributes dolls such as Barbie and American Girl have just announced their newest addition to the collection, Kavi Sharma.

The new character is introduced as 2023‘s ‘Girl Of The Year’ and comes as a collaboration with New York Times best-selling author Varsha Bajaj (‘Count Me In’ and ‘Thirst’).  Bajaj wrote the backstory to the incredible new doll, a 12-year-old Indian-American girl who grew up with cultural and traditional values and who also is an aspiring electronic music producer and performer. “Kavi’s story is important to all the young readers who will see parts of their lives represented. I took immense delight in showcasing slivers of Indian culture, including dance, yoga traditions, food, clothing, and magical festivals like Diwali and Holi.” says Bajaj.

The 18-inch doll comes fully equipped with songwriting accessories such as a mini keyboard, a laptop, a drum pad, a workstation desk, and DJ-style headphones.  Kavi wouldn’t be a true performer without the inclusion of a folding stage, a rolling wardrobe, and a vanity with working lights that play five songs.

In an effort to support young women who aspire to be performers, American Girl has partnered with the Broadway Education Alliance’s Camp Broadway, a program that makes theater arts accessible and relevant for kids, helping them discover their unique talents and boost their confidence. American Girl is donating $25,000 to fund full and partial scholarships for kids participating in the camp’s 2023 summer program in New York City.