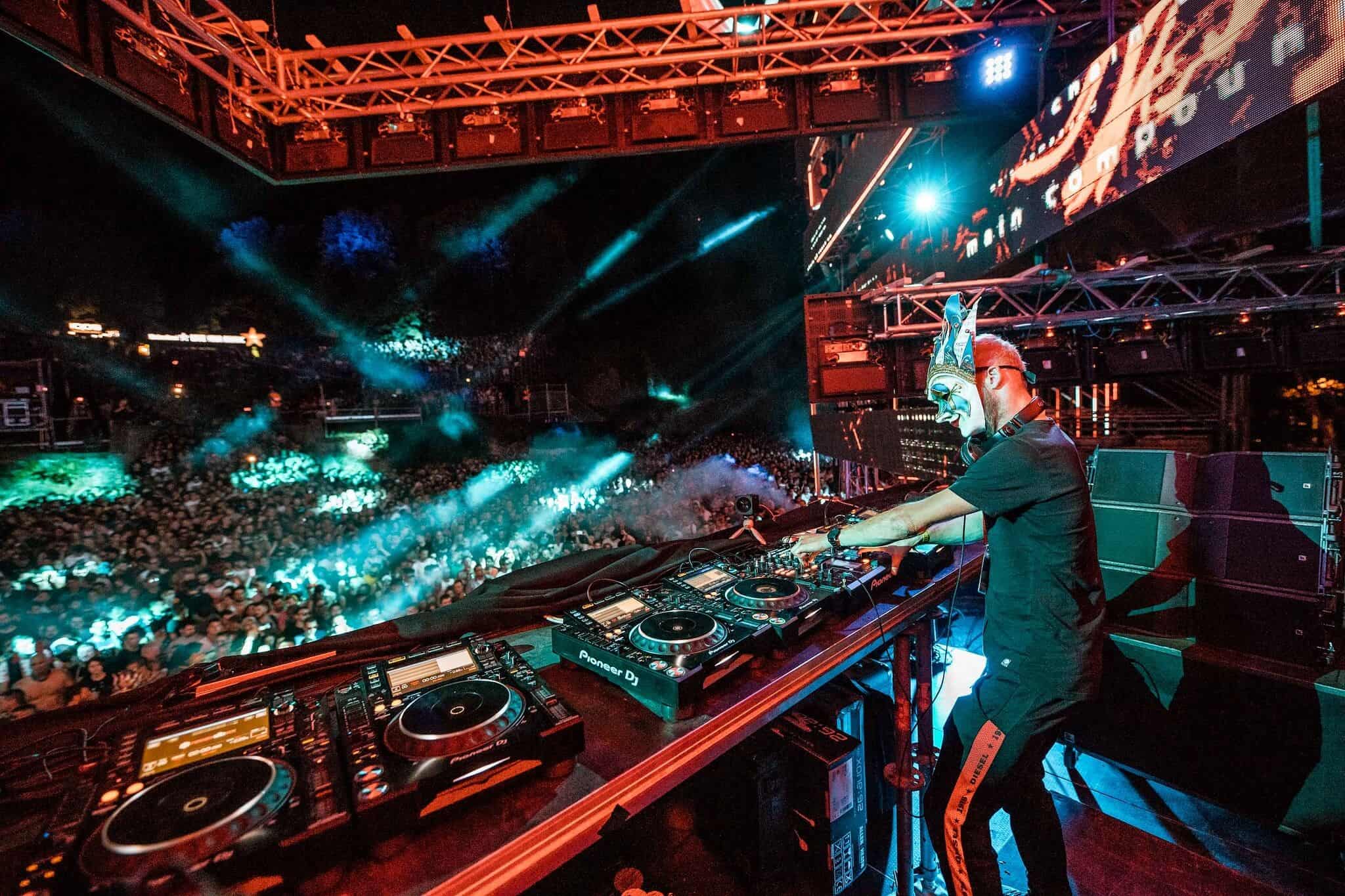 Boris Brejcha continues on an enviable pace when it comes to releases and he couldn’t let the first New Music Friday of the year arrive without being among the standout releases.

For his first release of the year, Brejcha unveils another number from his already renowned ‘Club Vibes’ series. ‘Club Vibes Part 05‘ is a two-track EP full of the masked producer’s characteristic sound that brings a dynamic and assertive pace, perfect to get the new year rolling. This new offering is available now on the usual platforms, via Harthouse.

In July last year, Boris Brejcha released the first extract of this exciting EP series on a label that means a lot to him and that has played a major role in the producer’s career: Harthouse. As the months have passed by Brejcha has been presenting his fans with new numbers from the series that now reaches its fifth release. The successor to ‘Club Vibes Part 05’ will not be long in coming and is already scheduled for later this month.

Boris Brejcha has a sound all his own, something he is very proud of. Apart from musical genres, the producer believes that what distinguishes tracks is their sonic signature and without a doubt, Brejcha has an authentic and distinctive fingerprint in the dance music realm. Within seconds it is easy to identify his productions, which take on a new formality in this ‘Club Vibes’ series. Tailored for the club, these tracks drop some of the stridency, exaggeration or exuberance to gain a strong focus on the hypnotic component. This fifth instalment is great proof of that.

‘Black Unicorn’ is a poised, serious and incredibly engaging track. The kick is elegant yet marked, and it is easy to imagine the alternation in the restless legs of Boris Brejcha. All the layers are dressed in a fascinating elegance that, despite the tone always remaining quite discreet, has a strong power of contamination. It is a secret invitation to dance, it is authentically ready for the floor.

‘Sit Back And Take It Down’ is very distinctive. It’s cheekier, more sensual, and lighter but just as delicious. The soundscape of ‘Sit Back And Take It Down’ exudes infectious lightness and casualness, ensuring total relaxation of body and spirit. Made for the club, it spreads claps that echo in space, blurring any perception of dimension or time, for a total abstraction and envelopment with this dark dance tune.

Brechja’s studio skills are already well known and his high quality is evident in this new work. If you’re looking for techno finesse, sit back and press play: