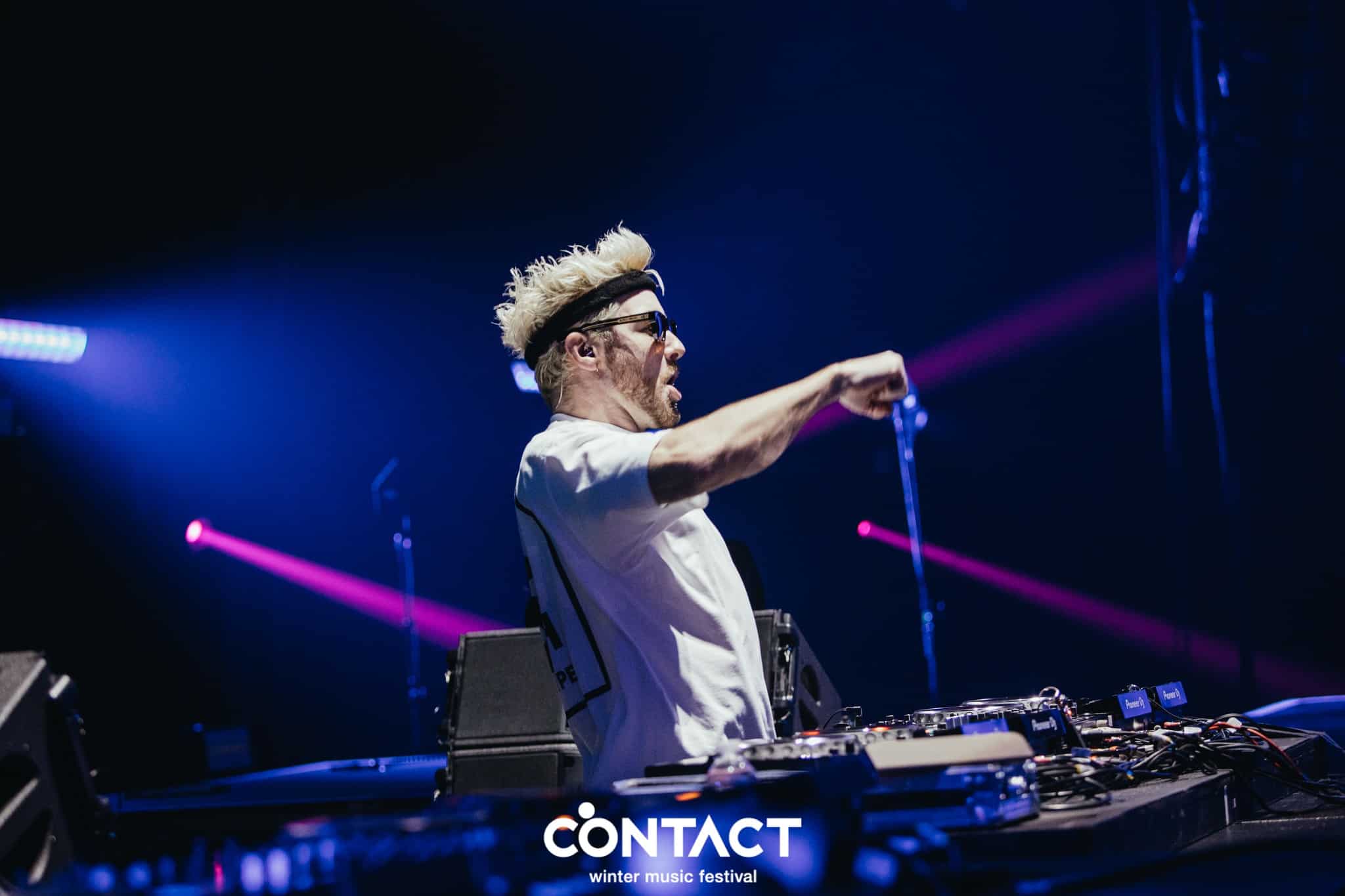 As we welcome the new year with a wide array of releases, We Rave You presents our ninth edition of our House Music Essentials featuring icons making their own waves in the music industry. This month features James Hype, San Pacho, BINGEWATCH, PRBLM CHILD, and Martial Simon.

With the new year kicking off stronger than ever, there is no deny artists across the globe have been releasing absolute heat to ignite those dancefloors no matter what time of the day it is. What better way to celebrate 2023 than with a few of our favorite tunes from no other than James Hype, San Pacho, BINGEWATCH, PRBLM CHILD, and Martial Simon. We Rave You is excited to reveal the ninth edition of our House Music Essentials and be sure to check out the latest tunes to add to your playlist.

When we see the name James Hype, we immediately stop for a second and ask ourselves if this is real life. A special guest for Canada’s largest indoor music festival known as Contact Winter Music Festival, James Hype was ready to go off and we can confirm he definitely killed his set in the best way possible. Playing a series of classics such as “You Give Me A Feeling” and “Ferrari,” while teasing his listeners with upcoming unreleased gems, James Hype is the one we trust to get any crowd moving and on their feet. Playing a mainstage set during the first day of Contact, thousands of fans gathered to be blessed by the legend himself and it felt as if the crowd was fully controlled by James Hype as he continued to bring the energy from start to finish. With his global fan base singing along, Canada is definitely a fan of James Hype and we cannot wait for his return. For now, be sure to listen to his classic “Ferrari” below and connect with James Hype here for his upcoming release for “Helicopter” on January 27th which has been rinsed out at festivals across the globe.

The house music sensei San Pacho is kicking off the new year right with the release of “OYE.” An ode to N.O.R.E’s “Oye Mi Canto,” released in 2006. San Pacho adds some spicy edits to the classic with a technical house-infused percussion inclusion, thumping bass, and some cut-ups of the original vocal – all without losing the integrity of what the original has to offer. The single is ripe with smooth polish and arranged in such a way that it truly speaks to a global audience. After an insanely busy and productive 2022, San Pacho isn’t showing any signs of slowing down in 2023. The solo tech and latin house artist finished off the year with the epic and defining As Long As We Have House EP, which received strong critical acclaim, alongside performing at EDC Orlando 2022, which was just one of many club and festival events throughout the year. Connect with San Pacho here and stay tuned for more in 2023.

BINGEWATCH – “IDK WHAT TIME IT IS”

LA-based producer BINGEWATCH has made quite a name for himself since his start, singing singles to elite labels such as Hau5trap and Mixmash and garnering support from superstars like Deadmau5, Martin Garrix, and plenty more. Whether through his ‘Bingetape’ mixtape series – that’s even earned the acclaim of Chris Lake – or his series of underground parties through his Blind Tiger imprint, BINGEWATCH has proven his success in multiple facets of the industry and is surely the guy to keep an eye on for 2023. With a brand new year ahead of him, Bingewatch is keeping the momentum rolling, returning to Hood Politics for his ‘Bingetape Vol. 3’ mixtape, releasing songs daily from January 3-5, and then capping off the week with his brand new single “IDK WHAT TIME IT IS.” A pure tech house heater and club-ready track. Bingewatch flexes his skills in the studio, seamlessly blending a trippy vocal sample with a rumbling bass line and an intoxicating groove. Listen to the tune below and connect with Bingewatch here.

PRBLM CHILD is getting the year started on the right foot with the release of their single “Sleep Talk.” The release takes old-school funk-soul and blends it with catchy modern elements of deep and tech house. With the eloquent vocals driving the personality factor here, the arrangement and sound design act as the glue to make the experience particularly memorable. The mood and energy level with “Sleep Talk” is complete with dynamism, showcasing epic highs in the drops and somber lows in the bridge. Following their final 2022 release “Cheeky 1,” with this latest heater, PRBLM CHILD aren’t wasting a second in 2023 thus taking full advantage of both their individual talents and synergetic connection with one another. Connect with PRBLM CHILD here and keep out for more heaters to rinse on the dancefloor.

New York City is the hot spot when it comes to the music scene. So many talented artists build their careers in this location and you can find just about any genre. Leading the charge for the exponentially growing EDM sector is veteran DJ and producer, Martial Simon. By sharing his mixing talents with the world for over two decades, Martial has become an inspiration to his followers and emerging artists. Making a colossal return in 2023, Martial’s newest project is his tech house cover of “Tu Vuò Fa’ L’Americano”. Released on his own label, GET SET Records, “Tu Vuò Fa’ L’Americano” kicks off with a driving bassline, filled with crisp snares and cymbals. The track seamlessly weaves in the original lyrics throughout, chopping up the vocals in certain sections to build excitement. As a whole, “Tu Vuò Fa’ L’Americano” is a fun, energetic house anthem that will have crowds shuffling across the dance floor. Be sure to keep Martial Simon on your radar and connect with the artist here.