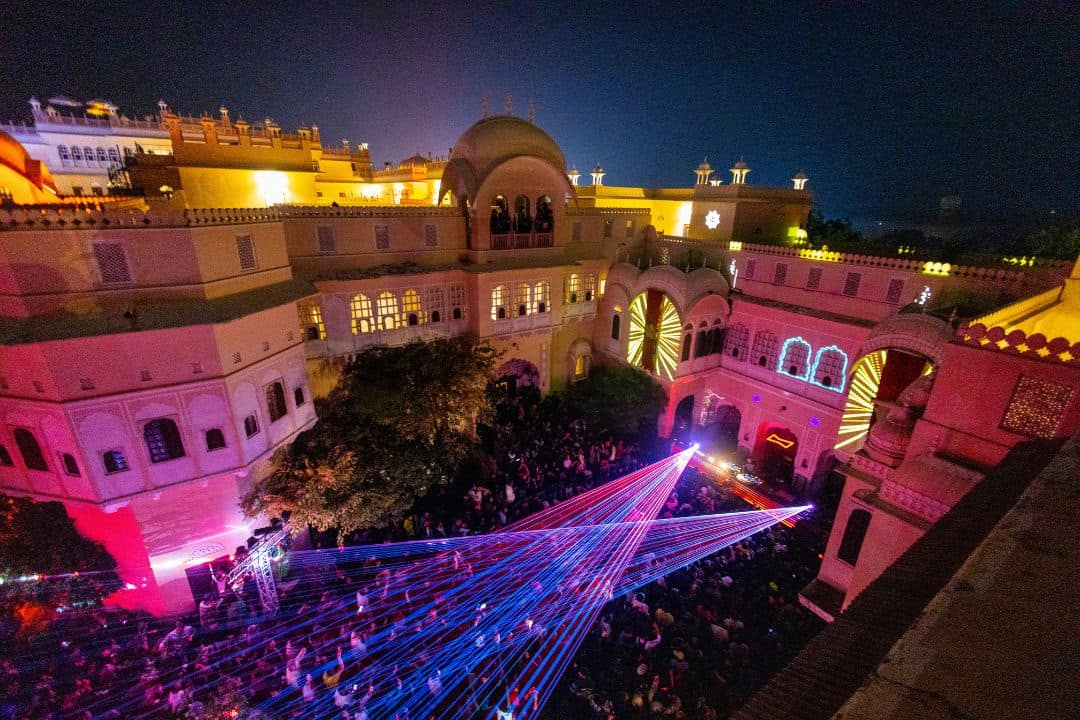 Magnetic Fields Festival made a huge comeback after being put on hold for two years due to the pandemic, bringing artists like Four Tet, Ben UFO, Saoirse, Batu & many more to Alsisar Mahal in India.

The first edition after the pandemic is something special, and the Magnetic Fields festival made sure to leave no stone unturned in its revival. Earlier in December 2022, the festival returned to the Alsisar in Rajasthan for three days of fun on December 9-11 (with the festival completely sold out), and We Rave You was there to witness some of the world’s biggest DJs & artists take the stage. The eighth edition drew more than 5000 attendees, making it one of their largest and most successful yet. Here’s our in-depth review of the festival.

Starting off with the most important aspect of any music festival, the lineup. Magnetic Fields is known for its versatility when it comes to artists and this year was no different. The lineup was immaculately crafted to push all non-mainstream music forms. The festival hosted multiple stages, with each having its unique look and feel.

One of the most exceptional stages included the Jameson Connects South Stage which hosted multiple live shows including world-renowned acts like HVOB, Grandbrothers, etc. alongside some extremely talented local talents such as Sapta, JAY PEI’s ensemble, Murthovic, and many more. 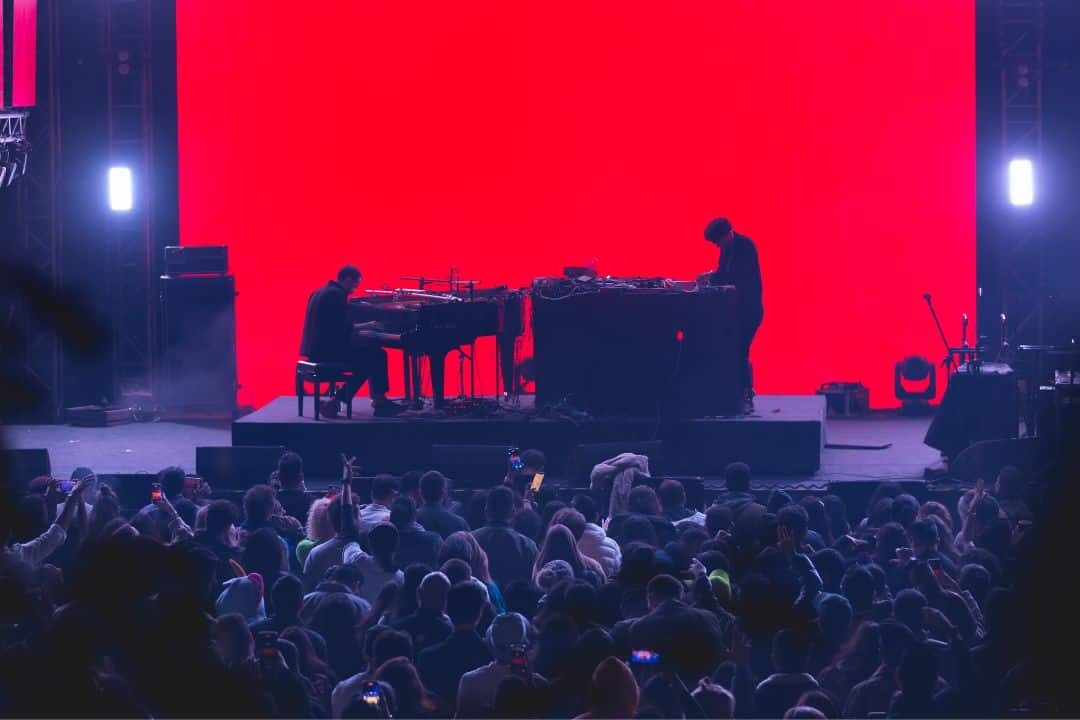 The festival also saw stand-out sets at the secret after parties – a large part of the appeal of Magnetic Fields – from DJ Fart in the Club at the Ray-Ban Afterparty on Friday night and a spirited B2B by Kohra and Sunju Hargun at the Resident Advisor showcase on Saturday night. The biggest applause was saved for the Sunday night closing sets – two B2B sets featuring Jossy Mitsu and Batu, and festival favorites Four Tet and Ben UFO at the Ray-Ban Desert Oasis in the desert.

Magnetic Fields despite being pretty versatile in the music lineups, the acts booked overall were pretty influenced by the UK dance music culture pushing genres like UK House, Garage & Breaks. Overall, the music, and stage production was on point leaving no scope for any criticism. All acts went live at their scheduled times as well which is an extremely critical factor when it comes to organizing festivals of this caliber.

Apart from music, Magnetic Fields also ensures that various art forms get the space they deserve in such festivals. There are plenty of music festivals in India and other countries that mention themselves as art & culture festival but somewhat the art & culture part feels neglected. This however wasn’t the case with Magnetic Fields.

Magnetic Words, a collaboration with art and culture magazine Platform saw attendees interact and engage with poets, photographers, and social activists whereas the wellness space Magnetic Sanctuary – curated by transformational and wellness experiences platform LifePlugin – proved to be exceptionally popular with Fielders as did the VR showcase by MUTEK and interactive and immersive installations spread across the desert and palace. Other non-musical events included some stargazing sessions on the palace rooftop, folk music performances in the stunning interactive installations, and a treasure hunt that saw 71 teams participate. 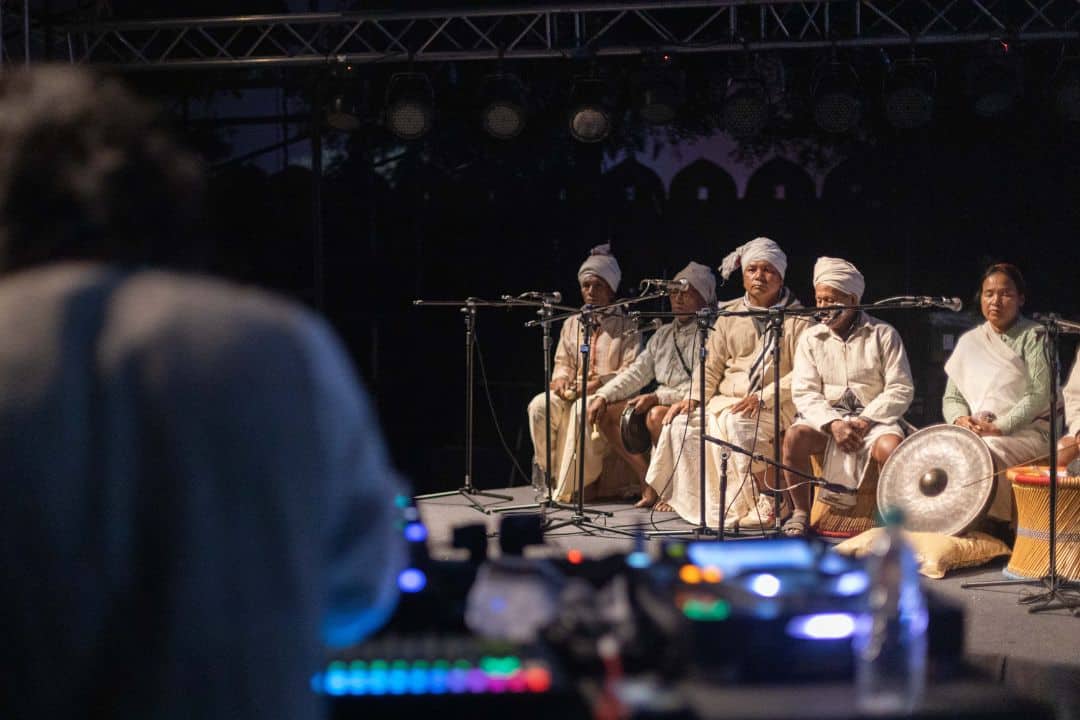 Magnetic Fields is organized in a deserted area of Alsisar, Rajasthan. To facilitate the visitors there were more than 1000 tents. Each tent had all the essential facilities ravers would demand in a festival accommodation. There were plenty of food, drinks, and merchandise stalls scattered across the festival for the visitors.

One aspect that Magnetic Fields fell short off was affordability. Overall the festival is pretty expensive when compared to other festivals in the country and even in Europe. The entry fee for the festival without accommodation was $200 on average and the accommodation costs started roughly around $1000 including all 3 days.

Despite being one of the most expensive festivals in India, Magnetic Fields is the most sought-after, well-organized, and probably the best music festival in the country at the moment. In a true sense, Magnetic Fields Festival is the unrivaled gem of India.

Don’t forget to keep an eye on Magnetic Fields Instagram for updates on the 2023 edition.