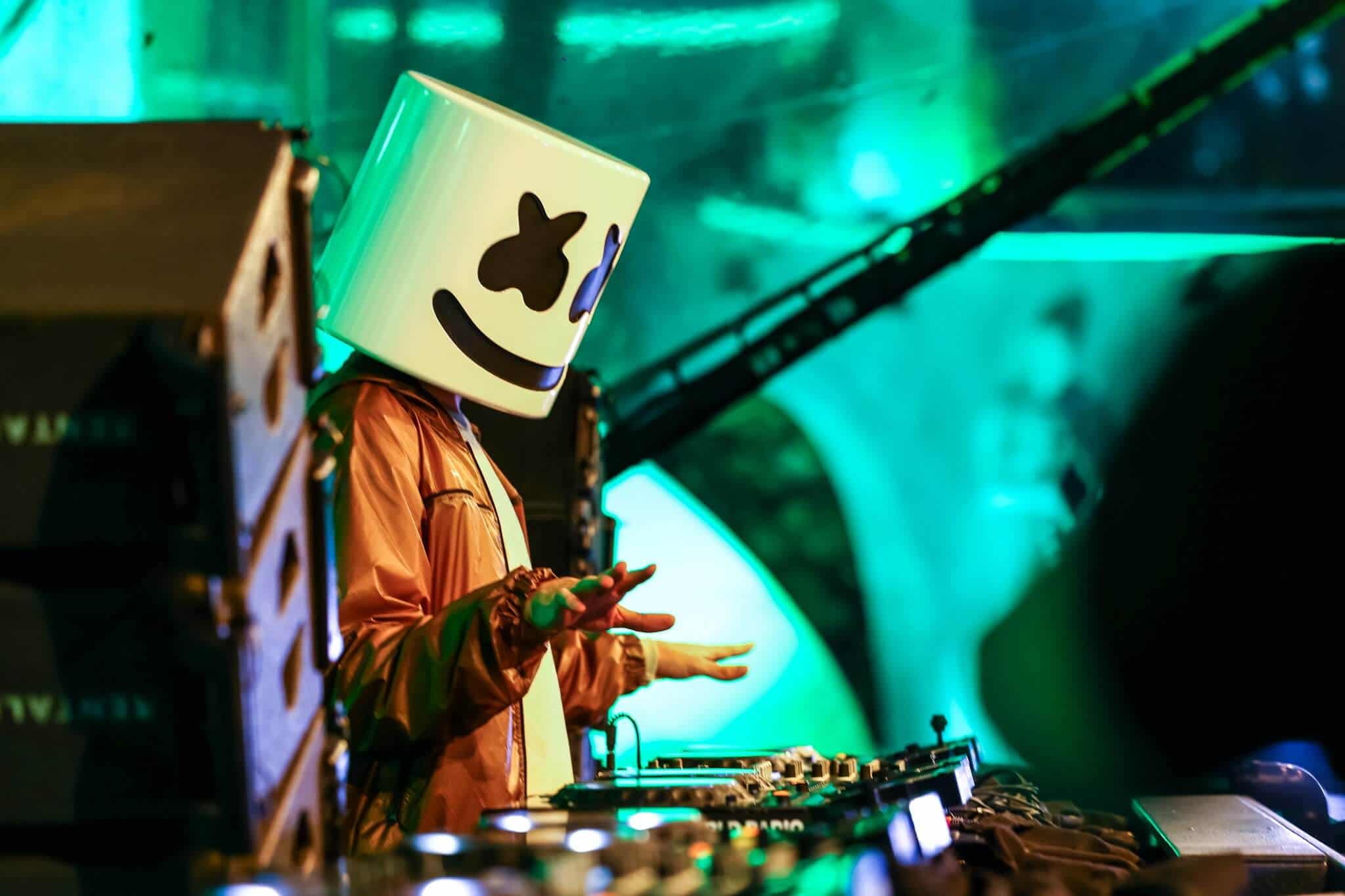 American producer/DJ Marshmello collaborates with electronic producer Jamie Brown to create the future bounce record ‘Party Jumpin.’ Although Marshmello has mainly focused on releasing pop-centric music since his rise, the helmet GRAMMY®-nominated DJ makes it clear that he hasn’t forgotten the sound that his die-hard fans have come to know and love. Jamie Brown, formerly known as bass music producer Deadlyft, also sets to send a message with ‘Party Jumpin,’ his first debut release/collaboration under his new project.

The track begins with a classic happy Marshmello melody and chords, bringing a feeling of nostalgia to the mix. A layer of percussion follows, adding to the build-up that consists of the melody and deep sub in the background. A high-pitched vocal saying “Let’s get this party jumpin” leads into the colorful and happy drop, creating a future bounce atmosphere too good to resist on any dancefloor. The record suddenly comes to a small breakdown before going straight back into the build, followed by the final drop that features a different melody and bouncier groove.

There’s no denying Marshmello had a very successful 2022, having released multiple singles as well as collaborating with high-profile artists such as Trippie Redd and Khalid. The electronic artist undoubftully aims to replicate last year’s success into 2023 by continuing to produce records that keep the ‘Party Jumpin.’ Be sure to check out Marshmello and Jamie Brown’s new single ‘Party Jumpin’ down below or on your favorite streaming platform!