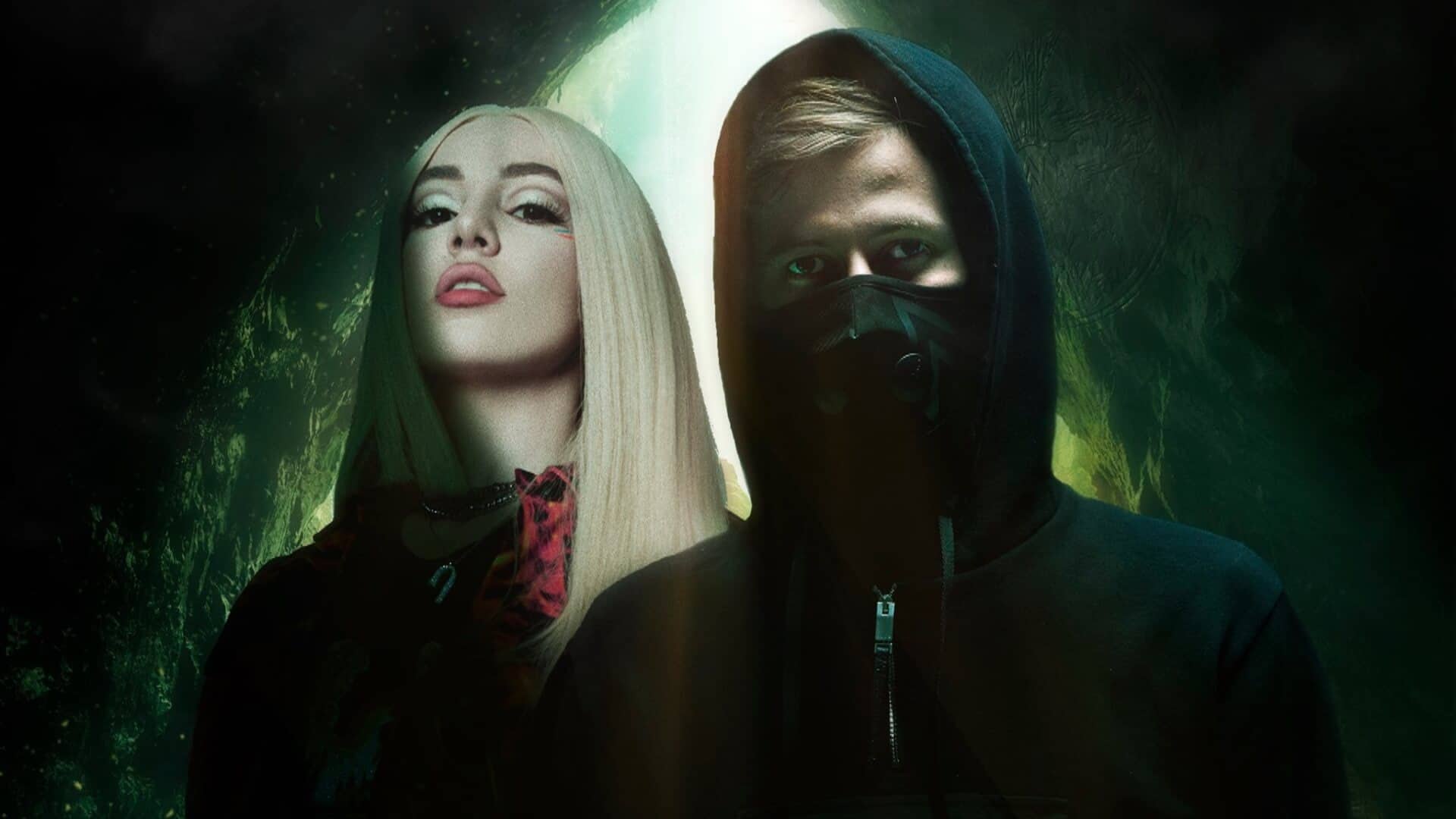 Alan Walker, who is not only famous for his signature black mask and chart-topping hits but also he dedicates himself to produce high-quality music videos with a deeper meaning. His newest release features the vocals of pop wonder, Ava Max, and for a mysterious reason, it is called 'Alone pt. II.' The first part of 'Alone' saw the day of light

Marshmello to work with TYNAN on ‘Joytime III’

After announcing that his 'Joytime III' album is on the way, EDM's most trending star, Marshmello, has now revealed that one of the tracks on the new release will feature rising bass producer, TYNAN. Best known for his radio-friendly pop hits with acts like Anne-Marie or Selena Gomez, Marshmello has turned his back on dance music in recent years in

From his humble beginnings remixing records for  artists like Diplo, Skrillex and Justin Bieber, right through to his recent Fortnite performance, the rise of Marshmello has been one of dance music's most incredible stories in recent years. Comparable to the surge previously enjoyed by artists such as Avicii or Martin Garrix, Marshmello could now eclipse Calvin Harris as the world's

When an 18 year old Alan Walker announced himself as a contender within a crowded music scene, none could have predicted the rise of a true star. Dropping 'Fade' on No Copyright Sounds channel via YouTube to 19M subscribers (as of present day), the Norwegian producer racked up over 360 million streams on the track, with many more via other

Marshmello's manager, Moe Shalizi, has no doubt been an integral part of the American DJ and producer's rise to stardom. Since his rather recent debut in 2015, the masked producer has amassed millions of streams on collaborations with the likes of Anne-Marie, Khalid, and James Arthur; a far cry from the bass-heavy sounds his ‘Mellogang’ faithful came to love during his 2015 Jack Ü remix. 2018 has been yet another

Making its debut on July 2nd, 2016, one of the most notable tunes in our fluffy friend Marshmello's discography, 'Alone,' not only just recently turned two years old but also hit an incredible landmark. That's right, 'Alone' just surpassed the impressive 1 billion views mark! The long sought-after accolade has since been dominated by tunes like PSY's 2012 release 'Gangnam Style,' Wiz Khalifa &

It would seem there is no end to what Marshmello can accomplish. He is a prolific DJ/producer who was shot to stardom because of his refreshing production style and ear for a hit. Recently, the Recording Industry Association of America (RIAA) officially recognized his track "Friends" alongside Anne-Marie with 1 million equivalent units earned. One equivalent song unit, as defined

Originally born in Israel where his love of music first began to blossom, Eran Hersh has traveled far and wide to pursue his career ambitions. Now based in the U.S, he has built up a steady catalogue of successful releases over the past few years, and has stepped up the pace considerably in the last couple of months. With releases on EDX's Sirup

The best of: Marshmello

Dance music’s hottest property right now, masked American DJ Marshmello has enjoyed a meteoric rise to prominence from under his Mello-helmet. We Rave You pay tribute to the Smore-hating producer with our Top 10 Marshmello tracks of all time: 10) Twinbow A collaboration with his long-time friend and fellow producer, Slushii, Twinbow fuses the best of both artist’s styles. 9) Know Me Mello’s

Marshmello has made a huge impact on the dance music scene throughout his career, with his unique style quickly garnering a huge army of fans. His success quickly spiraled in truly impressive fashion, and two years later his hit record 'Alone' which was released on Monstercat in May 2016 has just gone platinum. 'Alone' was released in 2016, and no doubt

A fast-rising phenomenon in the world of dance music, Norwegian DJ Alan Walker first burst to the attention of most with 2015 single 'Faded', a low BPM hit that sealed the #1 spot in his native country, as well as securing a top 10 position in the official UK charts. The track, which was later given a reworking by Dutch

Premiered way back in 2015, mysterious DJ/producer Marshmello releases his highly-anticipated song "Moving On." The track marks his first solo production with no credited vocals since his most successful song "Alone" came out nearly a year ago. The release is also accompanied with a graduation-themed music video featuring Skrillex and Slushii lookalikes. After taking nearly two years to finally see the light,

Not content with his usual high-tempo mix of trap-induced bangers, masked producer Marshmello took things to another level with a Coachella set that will go down in dance music history for all the right reasons. Closing the Sahara Tent set on the final evening of Coachella’s first weekend, the American DJ lit up the festival with his performance, bringing out the

Lost Frequencies is back in business with yet another astonishing production. Recently, the Belgian artist unveiled his latest remix of Alan Walker's 2016 hit titled "Alone", featured on the impressive remix package for what was another huge hit for the Norwegian. Since entering the dance music scene, Lost Frequencies has quickly blossomed into one of the industry's most successful DJ's and

One of the fastest growing artists in world music today, Marshmello has been gaining fans like no other since his introduction to the dance music world. The masked American DJ, and his cult following, dubbed 'the Mellogang' have taken things to the next level in terms of fanatic support. This much was clear to see when the man himself recently