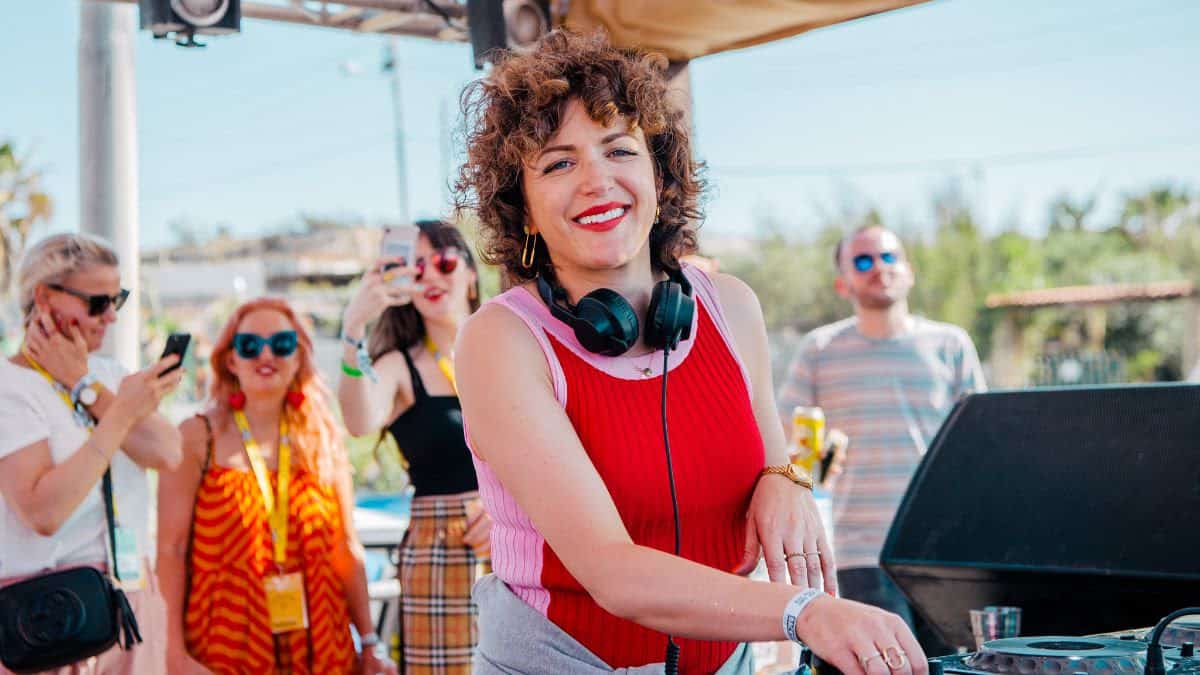 She's the soundtrack to our Friday nights, but now, Annie Mac has announced she'll be walking away from BBC Radio 1. A well respected DJ and broadcaster, Annie has cemented a reputation for always breaking new music as part of the legendary Annie Mac/Danny Howard/Pete Tong triple threat at the station, proving an instrumental part of BBC Radio 1 in

It's the news that UK ravers (and even those all around the world), have longed to hear

The iconic British producer Duke Dumont has dropped an astonishing BBC Radio 1 Essential Mix this past Saturday and it's already available! With this, Duke's set joining a privileged group of incredible artists that have taken the decks of the reputed radio station including Jamie XX, Amelie Lens and Fisher among many others. Nonetheless, this 2-hour set is not Duke's first BBC mix.

British house duo CamelPhat and upcoming producer Cristoph have released the official music video for their massive song 'Breathe'. The track, that includes vocals from the London-based singer Jem Cooke, has already amassed a total of 11 million streams to date. The video has been directed by the filmmaker GMUNK, who's also managed Eric Prydz music videos and provided visuals for

The news many dance fans have been waiting for has finally been rubber stamped by the man himself. Axwell spoke to BBC Radio 1's Annie Mac on Friday night, discussing his new single 'Nobody Else' in the interview, which was premiered on Annie's show. And naturally, conversation soon turned to the subject of the 2019 Swedish House Mafia reunion. With recent

Axwell drops new single ‘Nobody Else’ on BBC Radio 1

Having first unveiled the track during his set alongside Sebastian Ingrosso at Amsterdam Music Festival in October, Swedish maestro Axwell has now officially revealed his new single, 'Nobody Else.' Premiering the anthem on Annie Mac's BBC Radio 1 show on Friday night, the Axtone label boss also spoke with the popular tastemaker, explaining what inspired this retro-sounding house sound on

The aim of the game is to stay on top and Manchester's iconic festival proved its worth delivering an absolute beauty of a weekend. With Parklife Festival returning once again to Heaton Park for their yearly summer season proceedings, it was no surprise that tickets sold out right before the opening day of the city's most talked about music event. 80,000 guests

There's a new show on the block ready to take over your Friday nights. The Rave Lounge will air on BBC Radio 1's primetime slot, from 8 pm till 1 am, and will act as a platform for the freshest talent in underground music to perform live to a wide audience. Co-hosted by non-other than the gurus of dance music Danny Howard

Porter Robinson's alter-alias Virtual Self, has been gaining traction for quite some time now. After releasing his debut EP in December last year, followed by a surprise set aboard Holy Ship!, the American producer recently delivered a mini mix for BBC Radio 1's Annie Mac. Playing tunes from Pryda, Klanken and of course, himself, his short time on the show is nothing short of spectacular. Annie Mac

The Warehouse Project returns to take over Manchester

Enduring a nine-month wait since what can only be described as a successful 2016 season, the doors of The Warehouse Project open once again for their highly anticipated twelve-week takeover returning to its spiritual home in Store Street, Manchester. Following an instantly sold-out opening weekend headlined by LCD Soundsystem, The Warehouse Project has revealed the full line-ups for the 2017 season ahead of

Creamfields took the United Kingdom by storm last weekend, with the highest profile EDM DJs entertaining tens of thousands of fans with energetic sets. Now, you can stream the best of the best with the sets posted below. The Chainsmokers delighted the crowds with their radio-ready fare, while Axwell ^ Ingrosso brought their big room bliss to Britain. Legendary British DJ

A permanent and iconic fixture on the island, the BBC Radio 1 weekend is known as the peak of the Ibiza season, with ravers flocking from far and near to check out the biggest Ibiza party weekend of 2017. With the first Tomorrowland weekend now over, all eyes turn to Ibiza as the white isle begins the countdown to this year's

Set to return to the stunning Mediterranean island of Malta next 13th – 16th April, Annie Mac Presents Lost & Found Festival has revealed a huge array of names for its third edition. Offering 4 days and 4 nights of unique parties held across pools, boats, clubs and castles, the award-winning festival will welcome an eclectic mix of AMP’s close friends