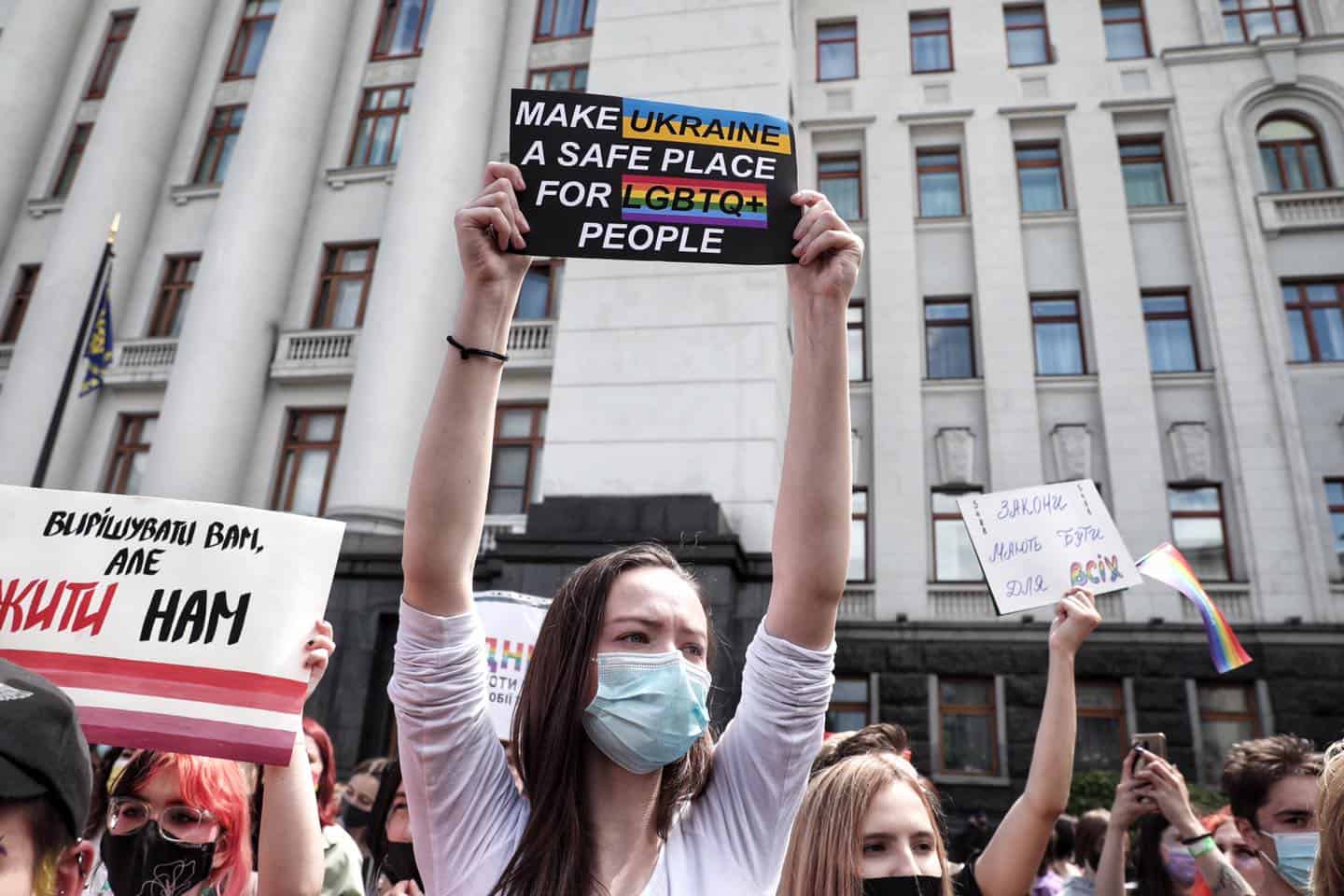 A rave for LGBTQ+ rights took place on Friday, July 30th in Ukraine directly outside of President Volodymyr Zelensky's office in Kyiv. President Zelensky has been in office for a little over two years, after having been elected in 2019.  Initially, he was welcomed by equality activists, but has since fallen behind in support after failing to clarify his stance on LGBTQ+