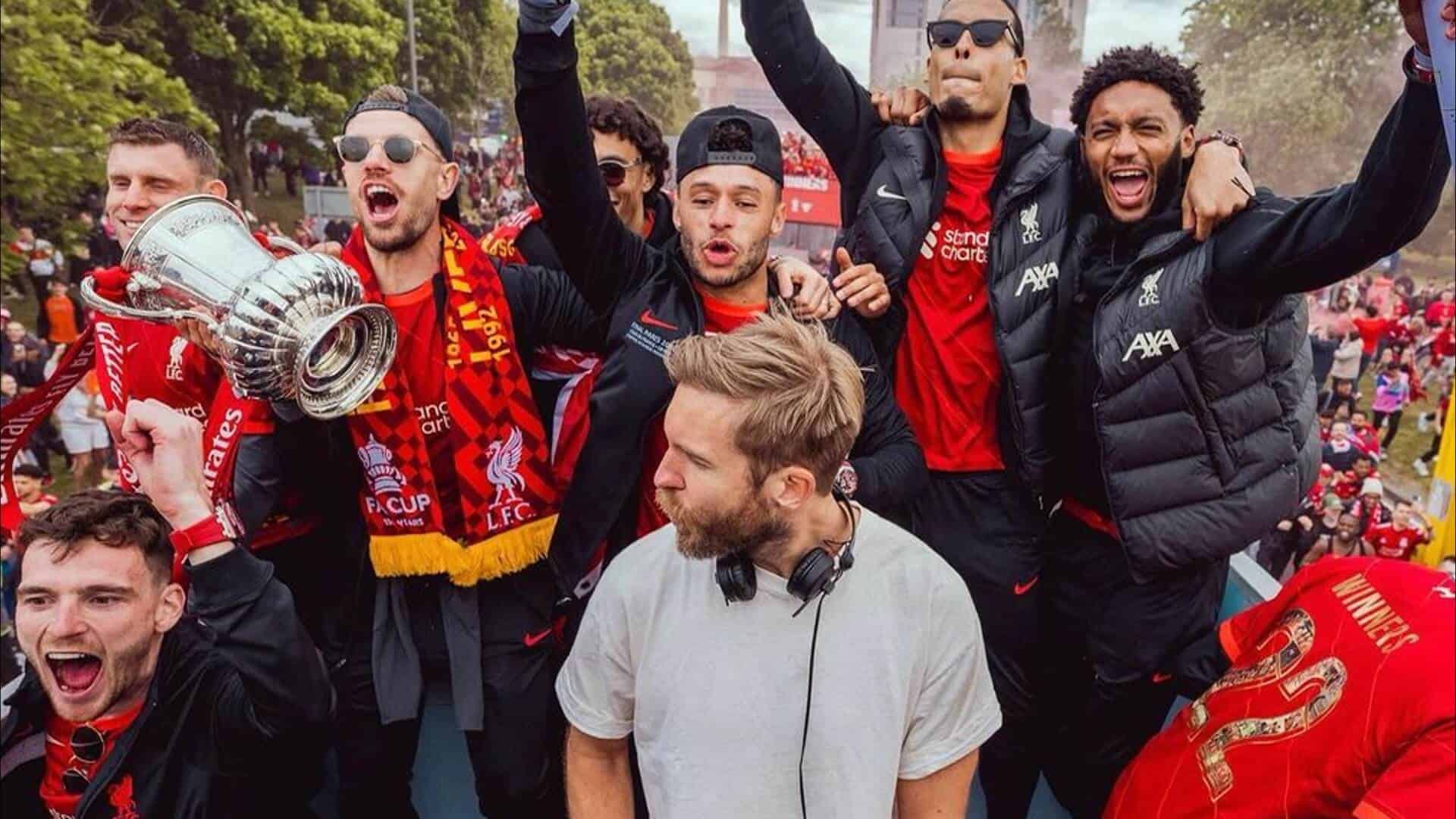 Calvin Harris on his Liverpool FC bus set: “It was the biggest gig of my life”

Recently, Liverpool FC fans had a unique celebration of their wins their team's successful season, with Calvin Harris holding a 4-hour set on the top of the bus during the championship parade. For an interview, he described it as 'the biggest gig of his life'. The Reds had a highly successful season, with League Cup and FA Cup under their belt,

Parading throughout the city of Liverpool to celebrate their wins, Calvin Harris joined the Liverpool Football team atop their team's bus for a huge DJ set. Certainly a unique celebration for the team, who have two League Cup and FA cup wins, they paraded on their team bus throughout the UK city alongside Calvin Harris who provided the entertainment for Liverpool