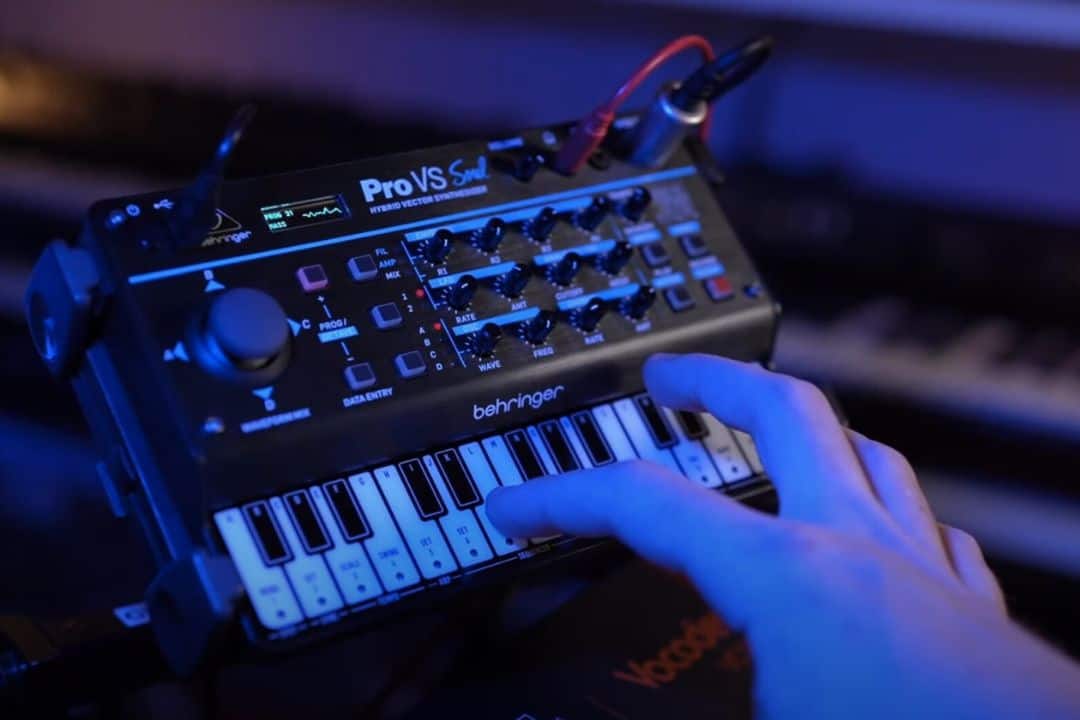 Behringer Pro VS Soul: A powerful synth and potential bargain

Behringer is no strangers to making a great instrument, cultivating a reputation for themselves as a manufacturer of low-price, high-quality equipment often modeled after famous, older hardware. Their upcoming offering happens to fit that description perfectly, being a recreation of one of the Sequential Circuits‘ most lauded synthesizers: the Prophet VS. Behringer have gone and brought this vintage gem back to life, this time with a few extra features: this is the Behringer Pro VS Soul!

Not much information about the Pro VS Soul has been released as of yet, but we know that the company is placing a tentative price tag of just $99 on the new instrument. It will be a compact synthesizer based mostly off of the Prophet VS, an instrument from world-renowned manufacturer Sequential Circuits. Well known for their iconic Prophet 5- the first fully programmable polyphonic synthesizer, and heard on records by Michael Jackson, Madonna, Radiohead, Phil Collins, and Peter Gabriel, to name a few- Sequential began making the Prophet VS in the mid 80s. Well liked for its range and innovative vector synthesis, it has seen use by artists such as Brian Eno, Trent Reznor, Kraftwerk, Depeche Mode, Erasure, and more. Nowadays, they retail for upwards of $6,000- if this little synth, which even takes on the appearance and signature “joystick” controller of the original, can match the sound and scope of the Prophet VS, it will be an absolute bargain.

As the above post from Behringer’s Facebook page states, the Pro VS Soul has been developed but is still not quite ready for production. Since the company is waiting for chips it will need to complete the units, It’s entirely unclear when exactly these synths will be available for purchase, but you can keep up to date with the situation by visiting Behringer on Facebook or by following their official Twitter account. Be sure to keep an eye out for updates about the upcoming Behringer Pro VS Soul!