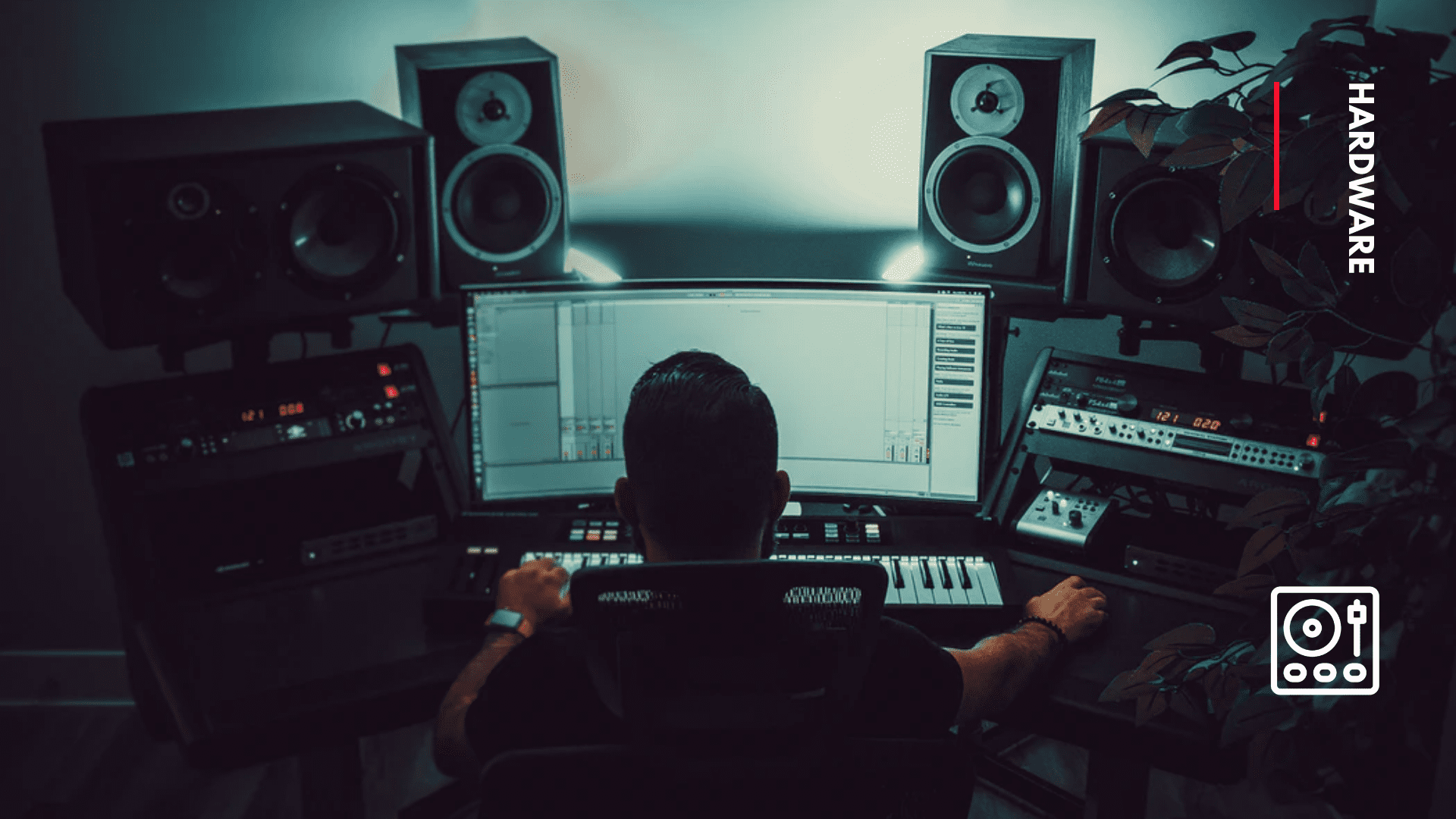 If you are a fan of electronic music, most of your feeds on Instagram, Facebook, or Twitter are packed by information, releases, announcements, and photos of your favorite DJs/ producers. Certainly, more than once you’ve found a picture of your idol in the studio, sometimes – as in the case of Steve Aoki or Hardwell – looking more like a spaceship, and cast your eye on the equipment, especially the studio monitors or speakers. Well, let’s be honest – who doesn’t dream of a professional sound system at home/ room giving bass that turns the intestines upside down… It is very likely that you will remember the two producer’s studio monitors designs most – black speakers with the yellow diaphragm and those resembling a panda’s face. And rightly so, because they are one of the most frequent studio monitors used by EDM producers. Do you want to know how much they cost, which electronic music stars use them, and what they stand out from the competition? Be sure to read the list of the most popular studio monitors in 2022 prepared below!

Below you will find a short description of each of the mentioned studio monitors, information which DJs/ producers have them in their studios, and approximate prices.

KRK is effectively among the most refreshing speaker producers on the planet. Their monitors are celebrated for their characteristic and even reaction, and they have increased solid notoriety especially in the domain of Hip-jump and Electronic Dance Music. The latest version, 5″ KRK ROKIT RP5 G4 (Generation 4) bi-amp proficient screen takes music and sound innovativeness to an entirely different industry-level. DSP-driven Graphic EQ with 25 settings helps condition your acoustic condition while offering new degrees of flexibility in a studio screen. Coordinating drivers made with Kevlar® guarantees similar sonic honesty over all frequencies. Rokit model is available in 5″, 7″, 8″, and 10″ versions, but mentioned producers mostly are using the smallest ones.

Barefoot Sound has become the main producer of star sound monitors. Its imaginative speaker structures have been grasped by the greatest account studios, recording artists, and producers on the planet. Barefoot is an American made item with a central station situated in Portland, Oregon where the speakers are gathered and tried. The cupboards and metalwork are made in California. BS right now offers six extraordinary items for the Pro-Audio market including the three most popular in electronic dance music industry models – MicroMain26, MicroMain27, MicroMain45, and MicroSub45, MicroStack45, MiniMain12, MasterStack12, and the Footprint line.

For more details about each monitor go to Barefoot’s official website. Pair of MicroMain26, the ones used by NGHTMRE or TNGHT, will cost you about $12,995.00.

This studio monitor builds up itself as a source of perspective gratitude to the accuracy of the sound system picture, its ability to repeat every one of the smaller scale subtleties of the sound signature, just as unlimited regard of the first elements. One of the major SM9 developments lies in the reality of offering 2 observing speakers in just one and an extraordinary bureau. The SM9 is consequently made out of 2 screens: a 3-way monitor & a 2-way monitor.
Read all SM9’s documentation here. Price? Around $3799.00 per speaker.
Buy Here

The A7X’s capacity to precisely repeat each sonic detail regardless of how little, its clear stable picture, apparent profundity, and sound system limitation moves music makers and clarifies why it is by a long shot the most checked on and grant-winning screen as of late. The A77X is an evenly structured screen that consolidates the entirety of the specialized advancements in the AX-Series. Because of its incredible, pressure-free solid multiplication and great radiation attributes, it is reasonable both for nearfield and midfield observing.

Since the time the 1970’s the famous white woofer and mark sound of Yamaha’s nearfield reference monitors have become an authentic industry standard for an explanation – accuracy. Dissimilar to studio monitors with included bass or high pitch frequencies which may sound additionally complimenting from the start, HS Series speakers are intended to give you the most legit, exact reference conceivable, giving an ideal sonic stage to expand on all through the blending cycle. By consolidating gained information and ability with cutting edge sound innovations, Yamaha’s speaker designing group has inspected, at that point streamlined, each viewpoint that has added to making these screens the most confided in the business.

The product information of every HS Series monitor can be found here. HS8, the most popular monitor from the entire series, costs $529.00.

Remember, you can always send to us your demo or track for promo at ​https://weraveyou.com/promotion.