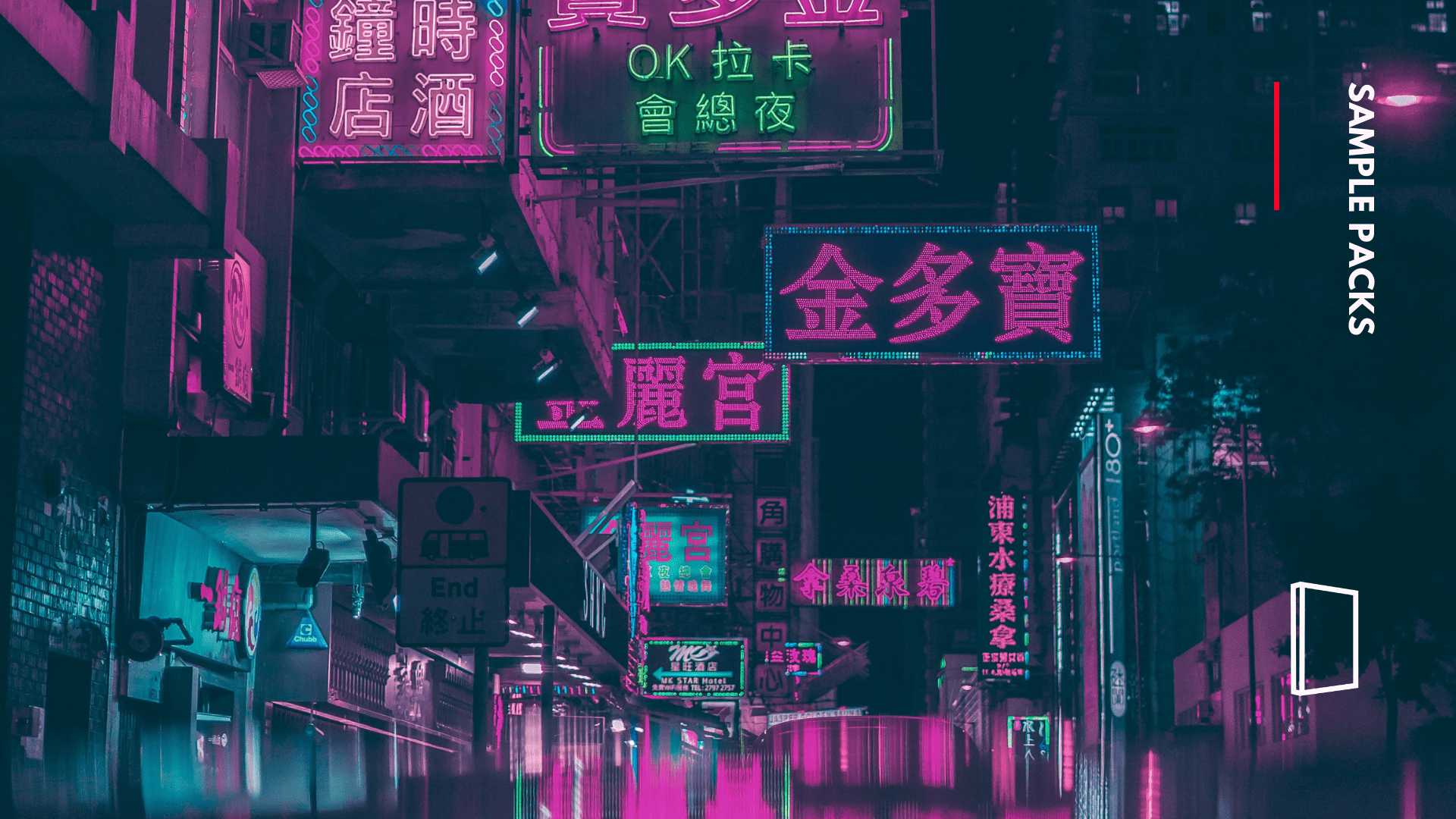 Synthwave and Vaporwave are some of the hottest music trends and the most popular representatives of the “wave” community, which has been active in the electronic scene for a good few years now but has only recently started to make its presence known more strongly to the mainstream world. Wave draws inspiration from music, video games, and films from the 80s and early 90s, often described as a melodic and emotionally focused part of bass music. Trance-like melodies can often be heard in synthwave and vaporwave songs. Some of the more prolific producers in the wave scene are Skeler, enjoii, brothel, Heimanu, and Deadcrow. Along with the growing popularity of the genre, the number of people willing to create it is also growing, so we decided to help you by preparing the best synthwave & vaporwave sample packs list.

Cybersynth synthwave sample pack was created based on the world and vibes of the Cyberpunk game for music producers and filmmakers who like aggressive and dirty sounds associated with/inspired by the famous Night City. The sound pack consists of 20 full construction kits + stems with 700+ files, but it’s only a small part of the whole arsenal.

Synthwave Essentials is a collection by Ghosthack full of atmospheric and retro synthwave electronic samples alongside loads of futuristic synthwave sounds and loops! The pack is perfect for producing retrowave, vaporwave, downtempo, ambient, and a lot of other electronic genres.

A powerful sound library (nearly 3 GB) containing everything you need to start/continue producing Vaporwave tracks. Unlike thousands of other packs, here you will find, among other things, dense tonal atmospheres and highly textured field recordings.

With the deep evolving nature of the sounds, mixed with the countless interesting texture combinations – it seems there is no end to where you can go with them. – Ghosthack

Production Music Live is selling full professional synthwave Ableton project with original vocals included for only €20. The whole song is inspired by music made by legendary names like Daft Punk & Justice. To have full ability to the project you only need Ableton Live 10 Standard and Xfer Serum!

BVKER has placed only the best source sounds from legendary drum machines by Linn, Roland, or E-Mu in this pack and surgically refined each sample using state-of-the-art processing equipment. As a result, the pack offers us more than a thousand sounds and files thanks to which you could become a master in sythwave or retrowave world.

All samples are inspired straight from the synth-heavy soundtracks of the 80s and early 90s conveying all the energy of classic arcade games and movie soundtracks from those years that inspired artists like Kavinsky, College, and Mitch Murder and contemporary soundtracks like Drive, Kung Fury, and Hotline Miami. 920MB+ of melodic loops, FXs, one-shots, Sylenth1 presets, and a lot more are included within this pack. Definitely one of the best synthwave sample packs out there.

This sample pack by Sample Magic is a post-internet musical landscape full of lo-fi aesthetics and neon nostalgia moving between Future Funk and Trap to Synthwave and the 80s. Over 1.20GB of drum loops, synth keys, arpeggiated bass-lines, vocal grooves, & more.

Black Octopus Sound has created a sample pack with which you would create a soundtrack for any 80s movies. You have everything here – from squelchy filters, retro drums, and modern synths, to FX/bass/music loops.

Read next: Best Lofi Sample Packs in 2022 for Music Producers

Photo by Sean Foley on Unsplash