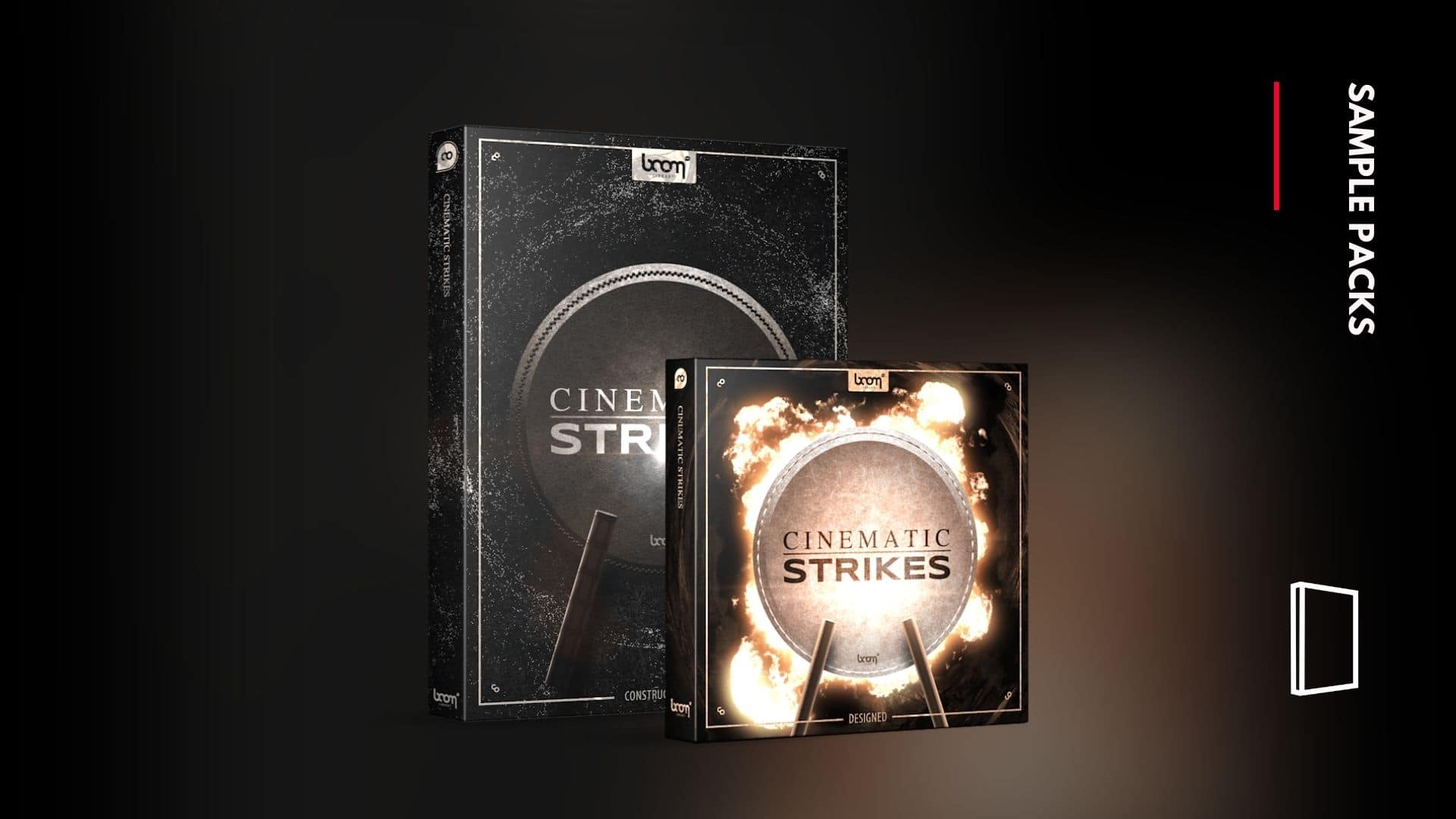 The BOOM Library is one of the most sought-after marketplaces when it comes to cinematic samples and sound effects. Their products have been used in countless film scores and ad films. If you have been amazed by the crispness of sounds used in modern-day movies and want to somehow include that in your tracks, BOOM library is probably the right place to start. For the matter of this article, we review one of BOOM Library’s best selling products, The Cinematic Strikes Bundle.

Starting off with the Construction Kit, you’ll come across a wide variety of percussion hits and big-sounding drums. The sounds are recorded as single & ensemble hits, flams & rolls. On top of that, all sounds are recorded via 3 different microphone positions – close, medium & far. You can expect a bunch of Bass drums, Toms, crashes, kicks, mallets, tabla, sticks, whips & a lot more within the pack. All sounds are as raw as possible and only processed as needed. The sound quality is absolutely supreme. In our opinion what stood out the most was the amount of detail in the low end of Bass drums, kicks & taiko samples. It just the right amount of boom one desires while making tracks for cinematic films. The construction kit acquires 13 GB of space spread across 618 files. Each file has up to 6 different variations of a particular sound.

The 2nd part of the bundle: Designed is a collection of sounds that were made by using layering and processing on the Construction Kit samples. Designed is in short a more processed version of the Construction Kit. The main aim of the Designed pack is to speed up your workflow. All the sounds are mixed, processed, compressed& mastered in accordance with soundtracks for trailers, commercials, movies, TV shows & game sounds. Designed acquires 1.4 GB of space distributed among 108 files.  Similar to the Construction Kit, each file has up to 6 different variations of a particular sound.

Over the years Cinematic Sounds have found their way in almost every genre of music and haven’t been limited to just cinematic soundtracks. If you are a producer who focuses on making soundtracks for movies, ad films, games etc. Cinematic Sounds is a must-have and even if you don’t produce any of these but like to incorporate cinematic samples in your music production process, this bundle is definitely worth the buck.

Watch Cinematic Strikes in action down below.