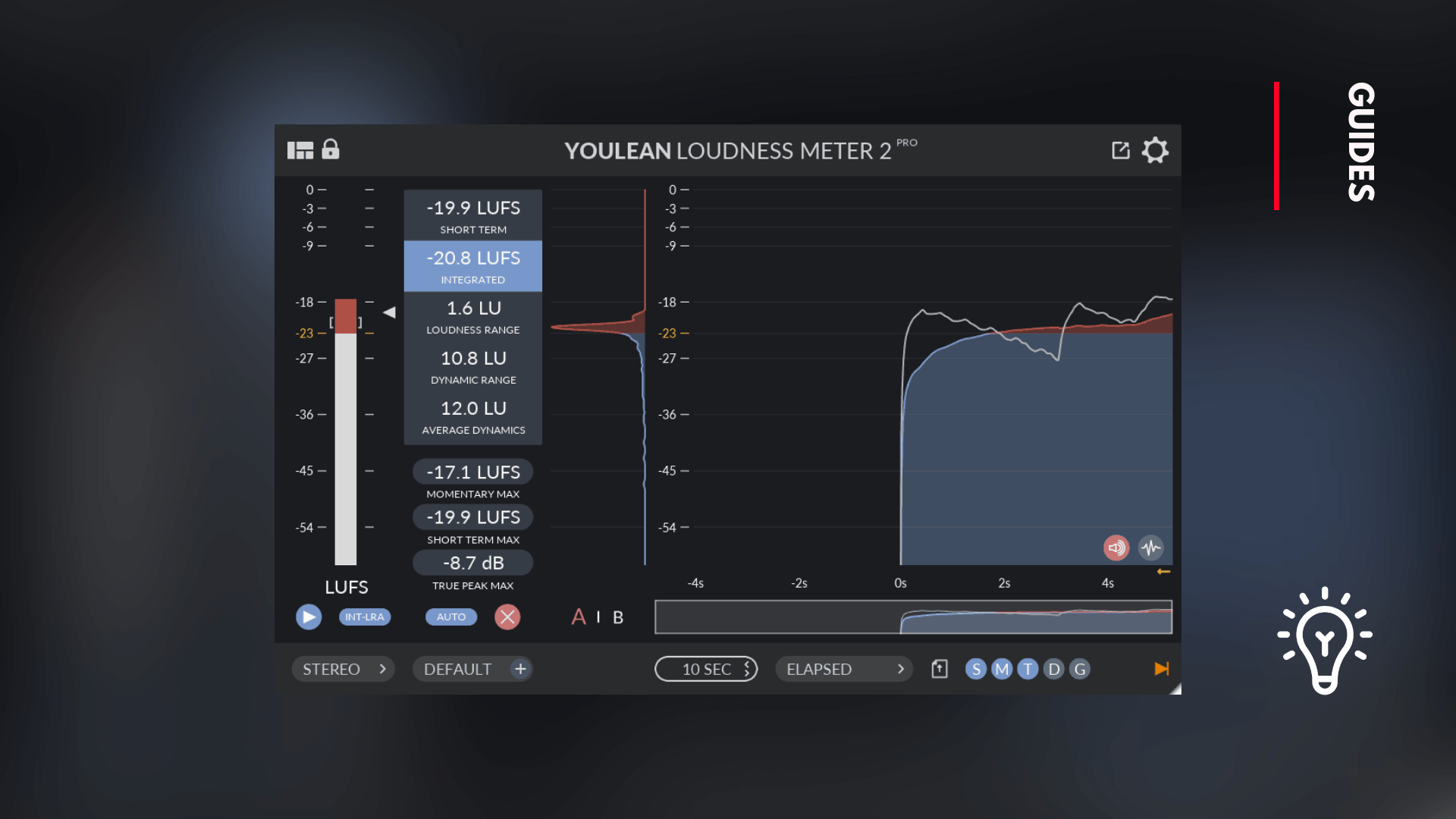 Loudness metering is an essential step in mastering. This last check, within your processing chain, will tell you everything about how your track is behaving volume-wise. There are many great plugins out there, including features that will give you full control over your track. As there are many ways of loudness metering, it’s important to know what they do and stand for. It’s very likely you have heard the term mentioned once: LUFS, but there are some other features that can be used for loudness metering. Find out what the differences are between LUFS, RMS, and True Peak down below.

LUFS is the latest and most precise measurement of audio levels out there, but what does it stand for exactly? Loudness Units relative to Full Scale will measure the perceived loudness by analyzing the average audio level over time. It will analyze the audio file longer than RMS and True Peak as it needs to gather information about the average loudness. The average loudness is what we, humans, are used to when listening to music. That’s why LUFS is an industry-standard measurement used for radio, TV, and streaming.

LUFS can be divided into 4 different measurements: integrated loudness, dynamic range, short-term LUFS, and momentary LUFS. The first element, recorded in LUFS, is mostly used for film scoring. While watching a movie, you’ll notice that there are loud parts (explosions, fight scenes) and quiet parts included. How should you decide how loud it is? Integrated loudness gives you information about the loudness of the entire audio file. It scans the entire file and comes up with an overall level. Dynamic range measures the dynamics of audio and tells you the difference between the louder and quieter parts. Mostly used for recorded pieces of audio. Short-term LUFS gives you details over the last 3 seconds of audio, whereas momentary LUFS measures 400 ms of audio.

This measurement seems similar to LUFS, but the difference is how they measure loudness. As LUFS measures based on the perceived loudness, Root Mean Square analyzes the average loudness of an audio file based on the voltage of the signal. RMS emulates VU metering, which will measure the amount of energy in the waveforms. This type of measurement will also be used for commercial songs. It’s mostly used to identify sounds that are taking up too much headroom.

This measurement can identify inter-sample peaks, that cross the 0dB ceiling. Above this ceiling, clipping will occur leading to digital distortion. True Peak metering will alert you for these peaks, as they can go up to 6dB. It isn’t industry-standard, as it doesn’t give you an indication of the perceived loudness. That’s why many engineers don’t use this measurement. True Peak metering can be useful for monitoring transients and searching for spiking sounds in your mix. Make sure you use a True Peak limiter or limiting feature at the end of your mastering chain, and you’ll be safe.

Next article: Meet Syntakt, the new hybrid groovebox from Elektron