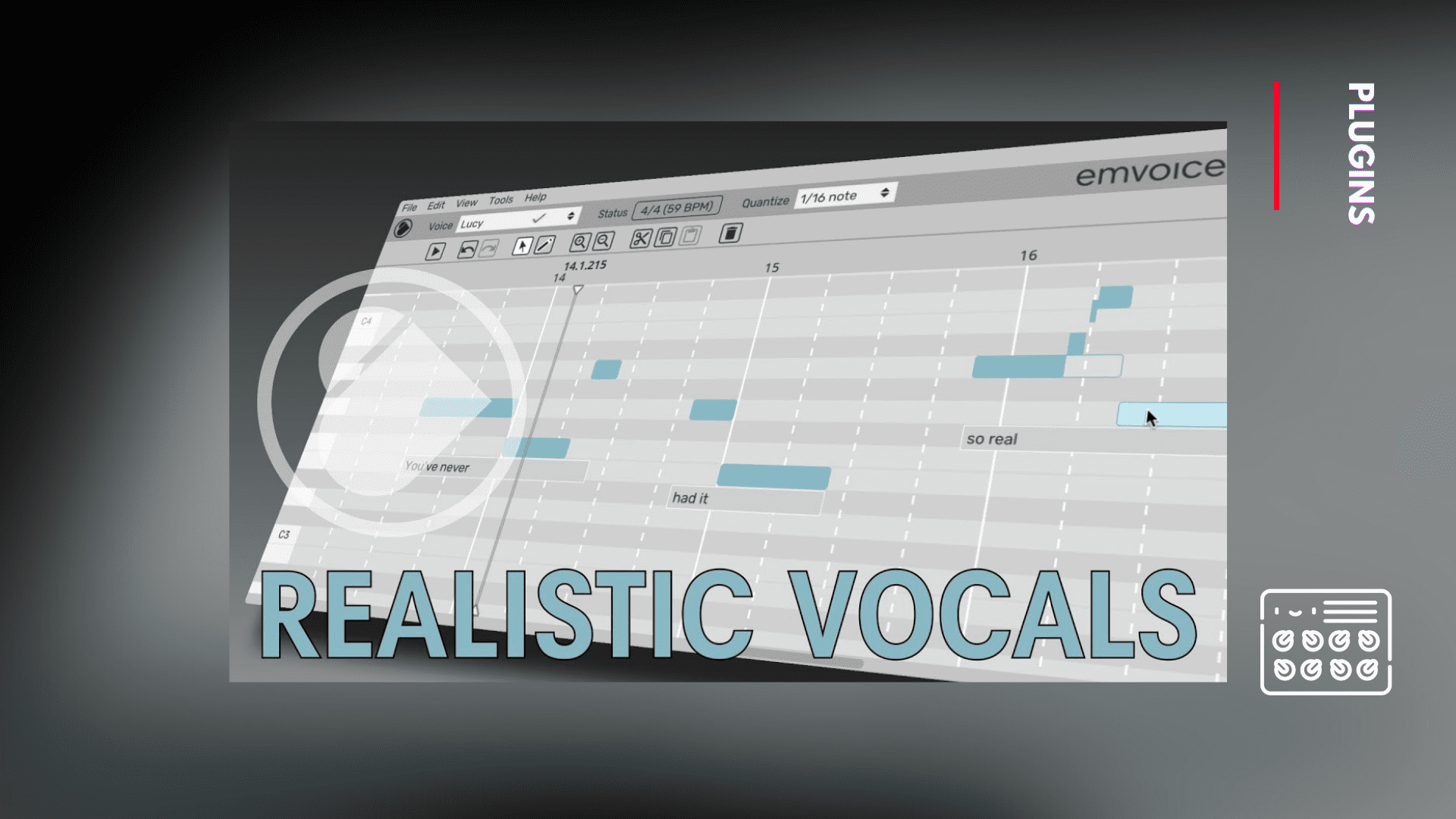 Emvoice is a vocal synthesis company, focussing on the next generation of vocal recordings for music production. The huge gap between professional vocal recordings and the quality that you can get out of vocal sample packs can be filled with this plugin. In 2019, Emvoice launched Emvoice One including a first full voice ‘Lucy‘. Two years ago, in 2020, they added a male voice ‘Jay’ to the plugin, and now after the first two successful releases, they have launched the third voice called ‘Thomas‘.

“the idea is to enable every artist with the power of the human voice. Bedroom producers who aren’t in a position to record a real singer; professional producers who want to add draft lyrics to a track to better express what they want to a real singer; and totally off-the-wall creative uses that wouldn’t be achievable by traditional methods.”

Emvoice’s secret lies in splitting vocals into parts and reconstructing them into complete vocals. Breaking down professional vocals to a granular level and displaying them like notes. A cloud-based engine is incorporated to transfer complete vocals over the internet to your computer. When adding a note into the plugin, you’ll be able to type your own lyrics and direct the vocal by moving the notes up and down on the scale. Choose different words per note, per pitch, or improve your workflow by connecting a whole phrase to multiple notes. Get full control over the length and pitch of the vocals, and add glide, vibrato, and glissando.

Thomas (C0-C5) is a classic vocoder, whereas Lucy (E2-A4) and Jay (E1-C4) have a natural range. Each of these voices is equipped with 10 presets including formant shifters, alternate takes, pitch correctors/looseners. Emvoice is available as a VST, AAX, or AU instrument and includes an export/import feature where you can share project files with other Emvoice users.

Thomas is available for $79, whereas Lucy and Jay can be purchased for $59.

Have a listen to Emvoice’s Thomas down below: