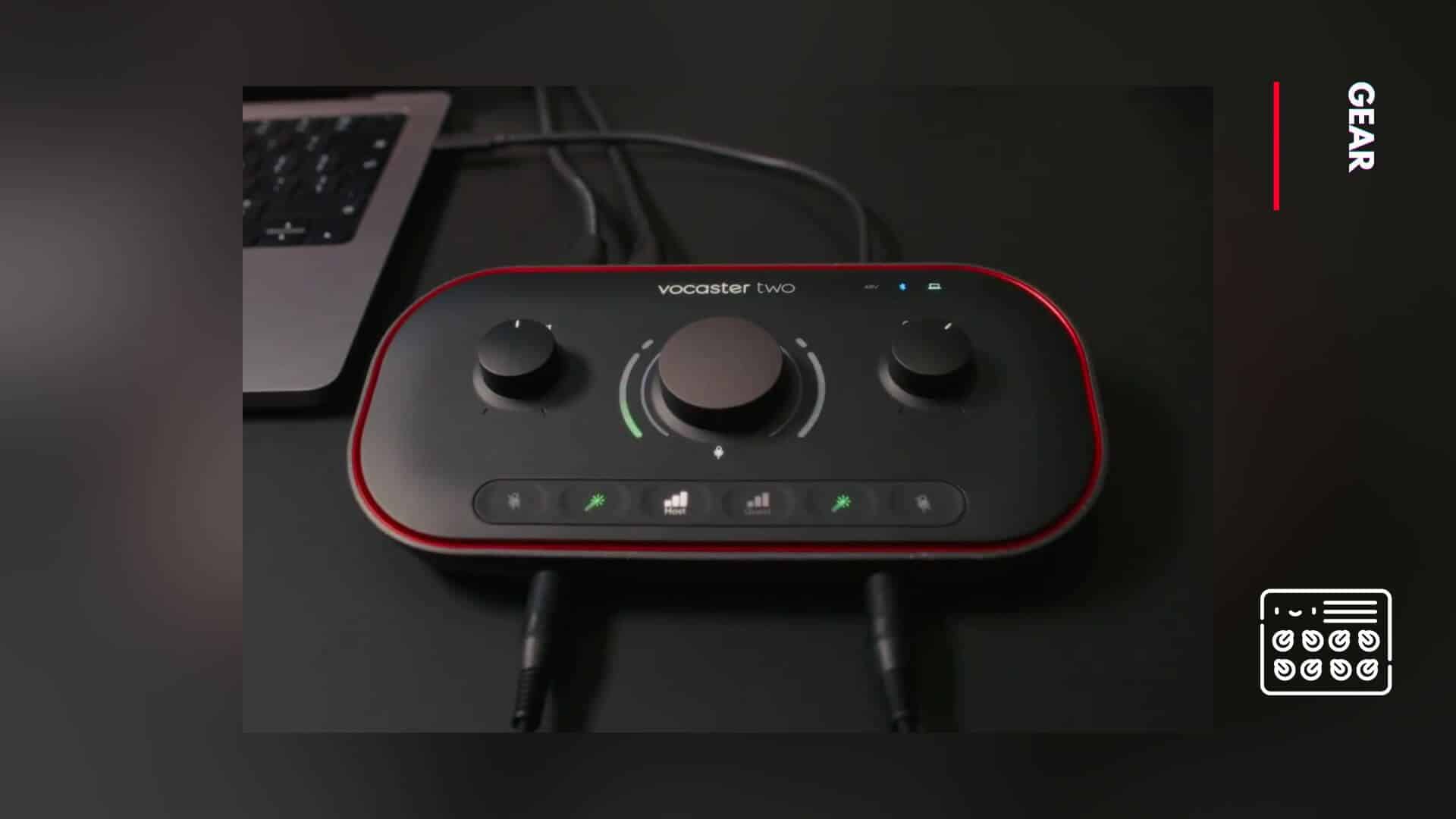 Odds are, when you think “audio interface”, a certain small, red, device from Focusrite comes to mind. It sometimes feels like one of the models in the English manufacturer’s Scarlett series was everyone’s first interface, but luckily, that’s not all they’ve got to offer to creatives- the brand new Focusrite Vocaster series, consisting of the Vocaster One and the Vocaster Two, are the perfect interfaces for making podcasts.

The One and the Two are similar but not identical, with the former being geared more towards solo creators and the latter being a more versatile, more powerful, upgrade. The pair of models share some key features (70 dB gain range, enhance with four presets, auto gain, audio out to camera, easy start, and phantom power) and mainly differ in that the Two is better when more than one person is involved- the Two has 2 mic inputs instead of 1, 2 headphone outputs (instead of- you guessed it, 1), and a mute option for host and the “guest” instead of just for the host. The Two also features Bluetooth connectivity (which the One lacks), so it could very well be more useful even if it’s just you recording by yourself. Both models come with Hindenburg lite, 3 months of SquadCast Pro + Video, six months of Acast Influencer, and an optional 6-month free trial of Hindenburg Pro, so no matter which Vocaster you opt for, you’ll have everything you need to start podcasting right out of the gate.

Want to get a quick video preview of the Vocaster? Check out the announcement trailer below!

Next article: Native Instruments Summer of Sound Sale has started!