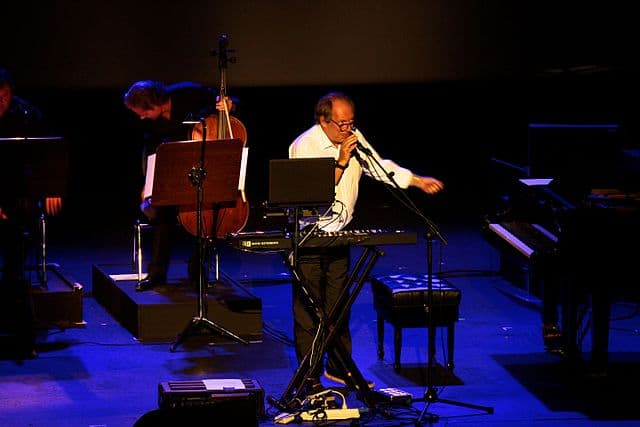 In an interview with UA Audio, Composer Hans Zimmer opened up about his studio secrets. He explained his workflow, discussed the gear he uses,  and detailed how he writes scores such as the soundtrack to the 2014 film Interstellar. Surely one of the most prolific and recognized movie score writers we have known, Zimmer was among the first to combine electronic and digitally made music with orchestral sounds. Starting as a recording engineer and synth programmer in London, Zimmer quickly came into contact with Stanley Myers, who taught him how to write movie scores. The first big production he worked on was “Rain Man”, and with Lion King, Pirates of the Caribbean, Interstellar, and Gladiator also on his CV, it’s safe to say that his footprint in Hollywood and the music community is undeniable.

We know the man’s work, but what kind of plugins and gear does he use to put it all together? For his DAW, he uses Cubase/Nuendo in combination with a Euphonix System 5 console and 1 UAD-2 Quad interface. All his gear is portable- Zimmer and his team don’t work just in one studio. He notes, “the way we work here is that we have three studios on the go. We have my room, we have the other programmers` rooms, and everybody has sort of the same outfit.”

One of the plugins he states has made his life easier is the dbx 160 Compressor. The actual hardware was his long time go-to drum compressor; with the plugin, he gets the same effect on the go. Zimmer is also a big fan of his 24-channel Neve Console 1081, and Neve in general- he puts the brand’s plugins on every channel.

Universal Audio being one of the leaders in the plugin emulation world, it’s little surprise that the composer favors the Roland RE-201 Space Echo. He goes so far as to call it his “bread and butter”. All in all, Zimmer uses UA Audio gear in every production, going so far as to state that their gear is beyond what everybody else is doing right now.

Read the full interview from Hans Zimmer and UA Audio by clicking the button below!