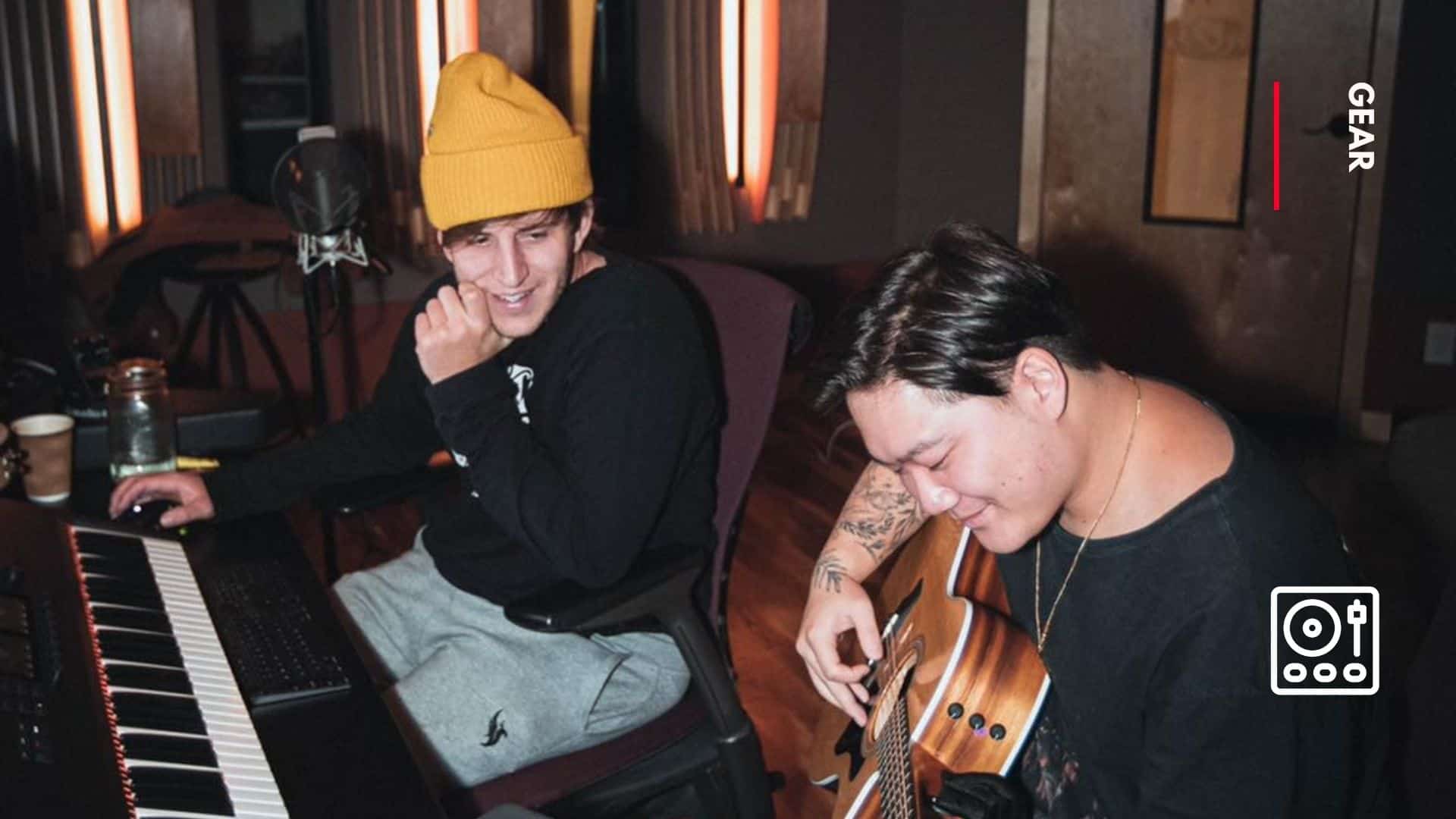 Nicholas D. Miller a.k.a Illenium is one of the few musicians to get recognition within the music scene in just a few years. Started his career in 2013, Illenium came into the scene with his immaculate remixes of The Chainsmokers’ ‘Don’t Let Me Down’ and Flume’s ‘Say It’. Illenium had already released his 3rd studio album before 2019, topping the Billboard Dance/Electronic Albums charts and ending up on spot 14 in the Billboard Top 200. Illenium recently took to his socials to share insights into his music studio through a small video.

Illenium made his dream come true by building not only 1 but 2 professional studio’s in the basement of his house. At first sight, the squared main studio has a warm & comfortable appearance through the use of a wooden floor and wooden panels, painted by a special artist. Showing his collection of bass guitars, electric guitars, and acoustic guitars from brands like Fender, recorded in an isolated room near the studio through a Rhodes microphone. While producing he uses 2 sets of speakers, whereas the Barefoot Masterstack 12 are functioning as the main speaker set and the Kii Audio Three are functioning as the second speaker set. For mixing & mastering purposes he uses multiple racks containing external gear such as the Universal Audio Teletronix LA-2A classic leveling amplifier while recording vocals. Illenium built another smaller studio, during the 9-month construction of his main studio, containing foam panels and curtains to optimize the acoustics of the room. Check out the full video down below.

Read the next article: List of studio gear used by Flux Pavilion