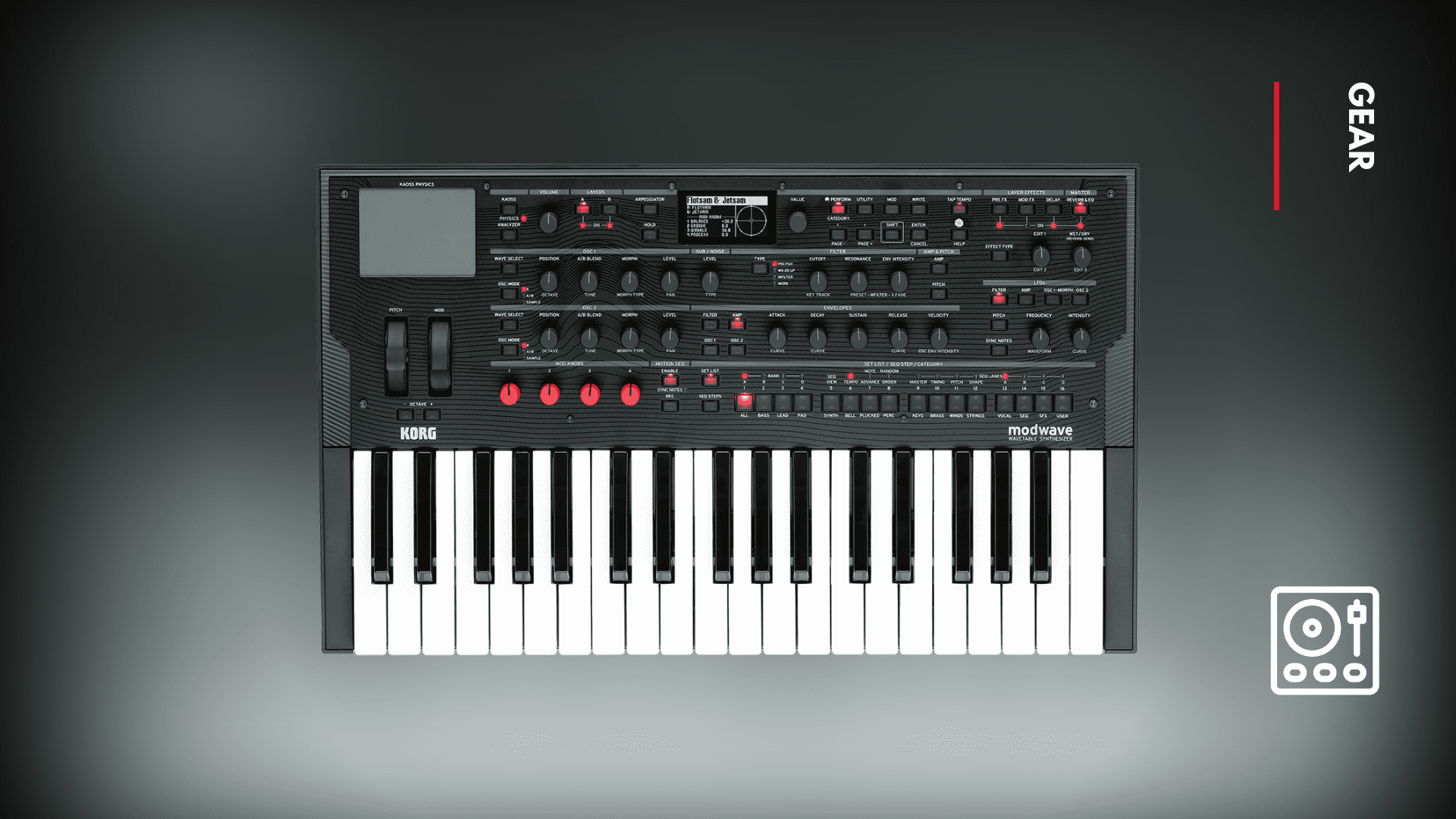 Following their announcement earlier this year in January, Korg releases their new wavetable synthesizer “modwave” to the public. Modwave is inspired by Korg’s DW-8000 synth, revamping the original model by adding new types of modulations, filters, and effects that take the synthesizer to a new level.

The Modwave synthesizer holds more than 200 wavetables, and each of those wavetables has up to 64 different waveforms. New sounds can be created in several ways, including changing morph type, using the A/B Blend between two wavetables, LFOS, and using the two new unique features: Kaoss Physics and Motion Sequencing 2.0. The combination of effects is seemingly endless, creating a vast world of sounds to explore through.

The new Kaoss Physics feature allows for the modulation of a synth using the model of a ball bouncing off of walls. This feature can be controlled by the X/Y Pad, used to modulate wavetables. The user can flick a finger along the pad to modulate and a ball will be seen moving on the interface of the synth. The ball’s position on this interface creates four different modulation signals. The speed of modulation can be adjusted, which is represented by the speed of the moving ball after it is flicked along the X/Y pad. The parameters used to adjust the speed of the ball include Bump Height, Position, Friction, Time, and Tilt.

The Modwave synth includes Motion Sequencing 2.0, which allows for different sequences of Pitch, Timing, and Shape. Each of these is separated into individual lanes, where each of these lanes is sequenced to ultimately create one distinct sound. For example, the Timing of a synth can be manually sequenced from a slower to a faster time signature while the Pitch is being sequenced between different keys at the same time.

In addition to the two new unique features of Modwave, the synthesizer provides a wide variety of effects. The synth contains the standard effects of compressors, delays, reverb, choruses, EQs, phasers, and flangers. It also holds some unique effects, including Wave Shaper, Reverse Delay, Talking Modulator, Vox Wah, and Overb.

The Korg Modwave synthesizer presents powerful and innovative ways to create your own unique and complex sounds. The synth comes in at a price of $799 USD. Check out a quick video of the synthesizer below.

Check out another overview of Korg gear here.