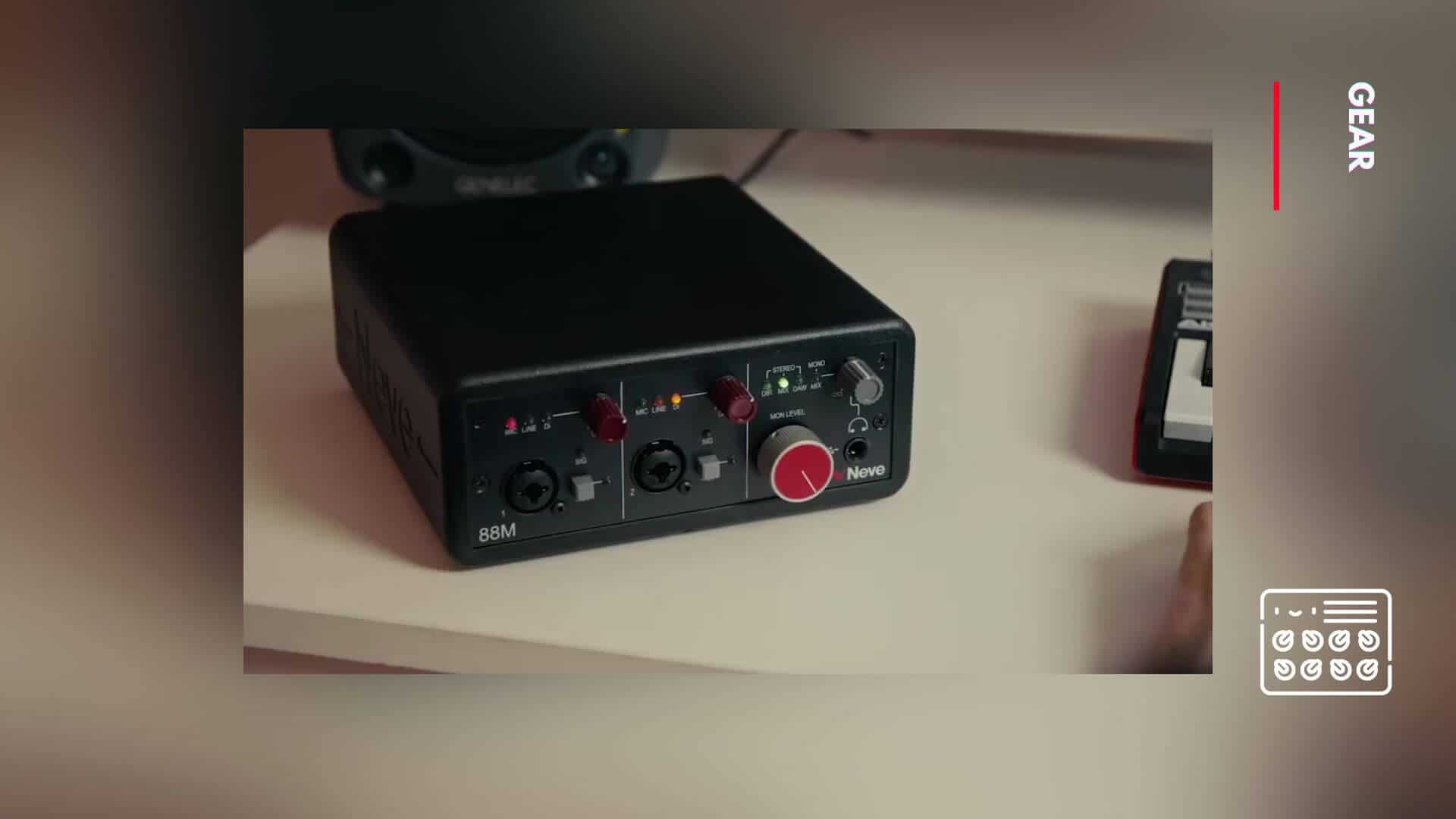 English music equipment manufacturer Neve has long been a big name- founded in the 60s and merged with AMS in 1992, the company behind some of the greatest mixing consoles ever made is introducing something rather different (and much, much smaller). Widely recognized for some of the best hardware of the past, this legendary maker is bringing about the future with its all new Neve 88m audio interface.

The first ever audio interface the company has produced, the 88m brings the same technology from the acclaimed 88RS studio console and fits it into a portable and compact size. Used in legendary studios like AIR, Capitol Studios, and Abbey Road, this tech is well known for its distinctive analog punch and clarity- now you can get that same feel and sound in your bedroom! Built like a tank, this interface provides a winning combination of versatility and power: up to 10 inputs and outputs, 2 dedicated studio monitor outs, balanced insert loop, pro studio-level conversion, latency-free monitoring and quick and easy bus powering make the 88m a heavyweight contender among audio interfaces.

Like most products sold by the company, the Neve 88m is available for purchase through a partnered dealer. Prices may vary, but the interface is currently selling for $1,245 from sites such as Sweetwater and Vintage King. If you’re not sure where to order, check out this list of dealers on the official Neve website. For a quick look at the 88m, check out the video below.