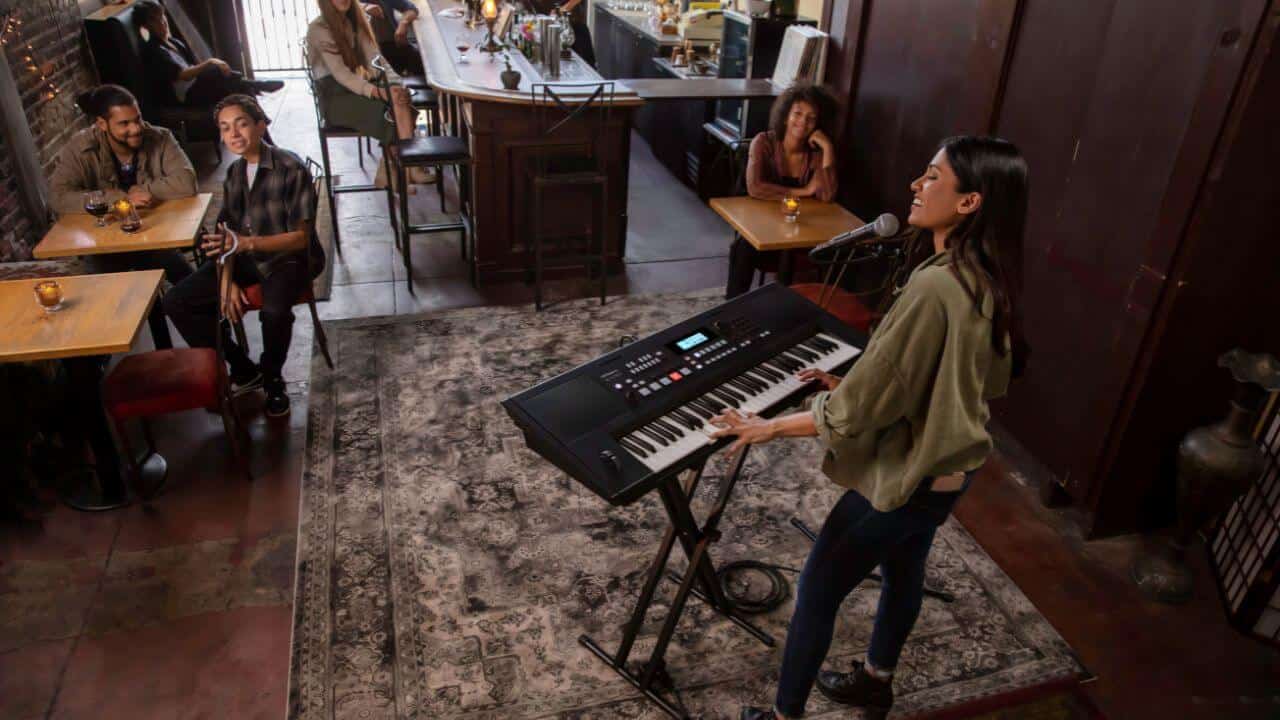 Japanese music instrument manufacturer, Roland made the world fall in love with analog gear through its wide range of instruments such as the TR-808, TR-909, a variety of keyboards & more. Expanding its long list of products, Roland has now announced the new E-X50 Arranger Keyboard. Its interface and features are specially programmed for studio and stage performances.

Roland described EX-50 as an ‘Entertainment Keyboard with Premium Roland Piano Sounds‘. This compact 61key – keyboard, is suitable for both beginners and professional pianists. Its appearance is similar to the E-X20, E-X20A, and E-X30 keyboards, but Roland decided to give it a make-over. As usual, you’ll get your hands on a sleek design painted black interface. At the front, Roland upgraded their LCD display, pitch bend wheel, and rubber buttons. A total of 12 pads are included for audio playback, a scale recall, quarter-tone tuning, start/stop, sync, chord, intro/ending, fade in/fade out, fill 2/4, and fill1/, a metronome, transpose, dual, split, speaker auto mute, and auto-off. Its sound generator holds on to maximum polyphony with 256 voices. On both sides, two 12 cm speakers and two 3 cm tweeters are built-in and offer onboard Bluetooth V 5.0 audio. At the back, you will find a stereo headphone jack input, pedal input, L/MONO/R outputs, USB PC port, USB memory port, AC power input, and mic input. Even for the microphone, they’ve added multiple effects such as a 3-band EQ, reverb, chorus, delay, and much more.

Under the hood, Roland offers you a range of almost 700 professional sounds, including synthesizers, orchestral instruments, guitars, organs, and of course electric pianos. All of the built-in sounds are suitable for a broad scale of genres such as rock, ballads, pop, EDM, and classical music. Get your hands on the multiple built-in effects in order to shape any sound the way you want.